Bollywood actress, Neha Dhupia has never shied away from flaunting her body shape and size as it is. Moreover, she is loved for her stunning acting skills and sartorial fashion sense. Coming to her personal life, she is married to Bollywood actor, Angad Bedi. Together, the couple is blessed with two beautiful munchkins, Mehr Dhupia Bedi and Guriq Singh Dhupia Bedi. The loving mommy is also often spotted with her kids, and glimpses from the same take no time to melt our hearts.

For instance, on July 3, 2022, Neha Dhupia had graced the Femina Miss India 2022 pageant as a jury and mentor. The stunning actress was also felicitated at the event, and this was done by none other than her loving parents. Afterwards, we could also get a glimpse of her darling hubby, Angad Bedi and their kids, Mehr Dhupia Bedi and Guriq Singh Bedi, who joined her in the celebrations. And indeed, Mehr and Guriq simply stole the show looking cute as a button. While Mehr donned a pink net dress and her baby brother, Guriq was seen wearing a blue shirt paired with denim pants. For the event, the doting mommy, Neha looked gorgeous in a crystal-embedded silver gown. Check out their glimpses: 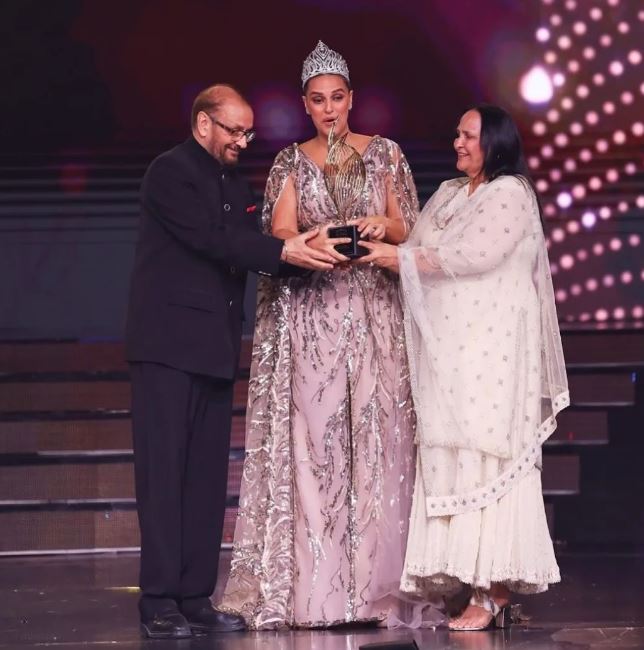 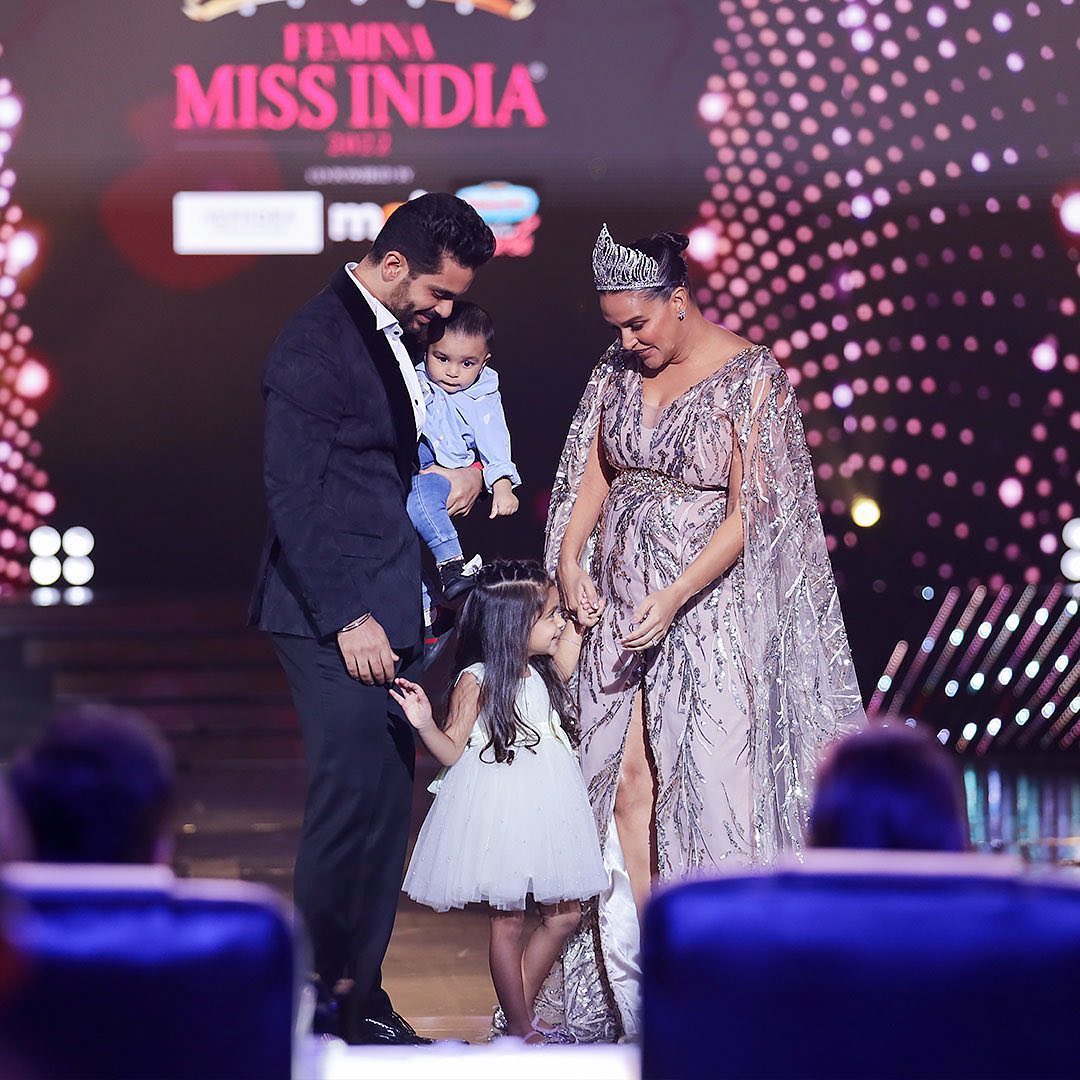 Over the years, Neha Dhupia has also faced huge trolling for her body weight, grey hair and many more body issues. In an interview with Cosmopolitan, Neha opened up about having body image issues when she was young. However, she also mentioned that now such things don’t matter to her, and this change had come in her post the birth of her daughter, Mehr. Talking about the same, she said:

“I had body image issues when I was younger. It is all super-silly, but I was always conscious about my ‘heavy bottom’. And today, I look back at my 20s and I am like, ‘What was I so worried about? One of the most beautiful things about getting older is that you start caring less about what other people think…about their expectations and judgments. Instead, you start forming your own opinions about yourself, your life, your body, and your beliefs. It is a good place to be at. The first time I decided to not give a damn about what people said about my body was after I gave birth to my daughter.” 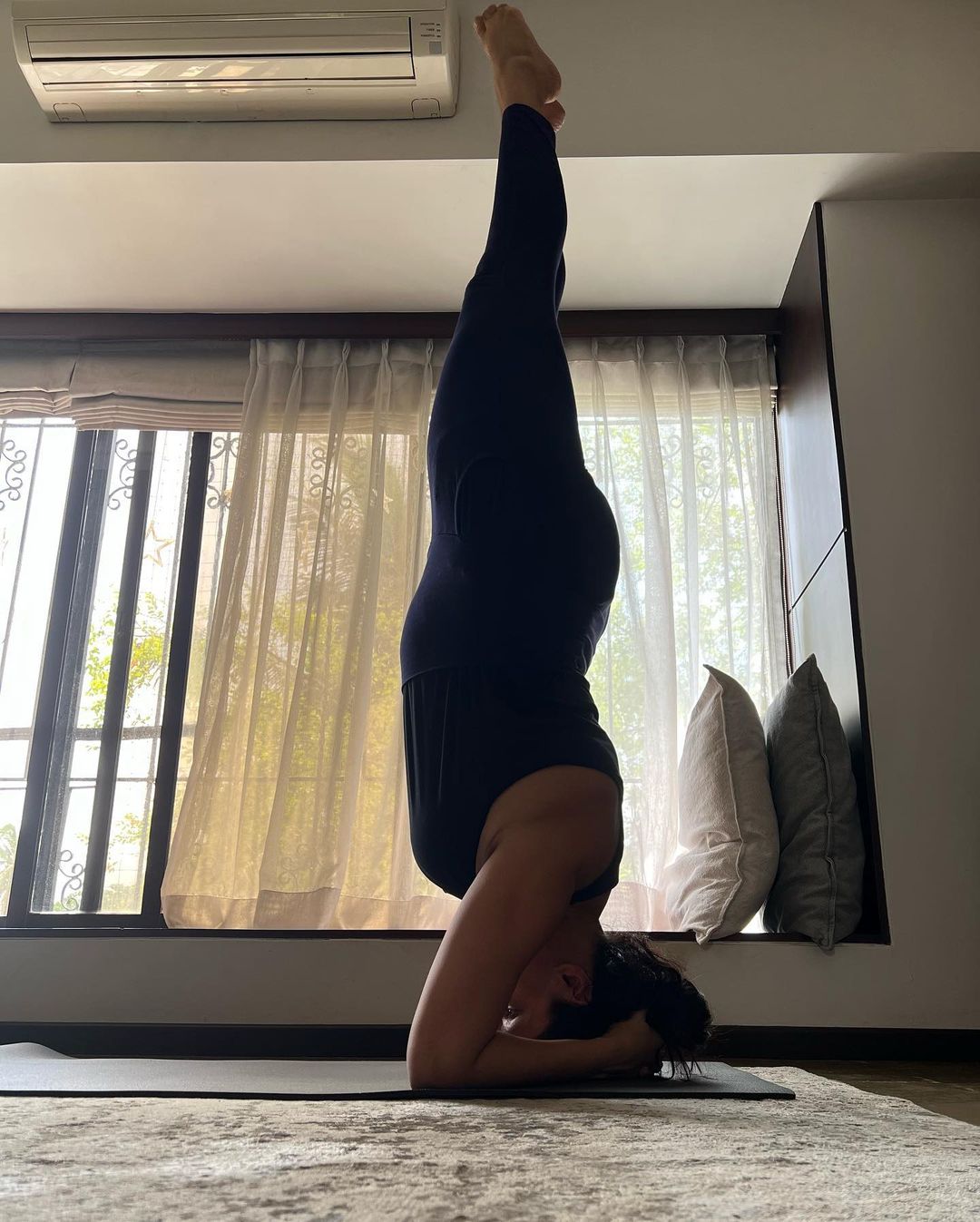 In the same conversation, she talked about post-partum depression, breastfeeding and other first-time experiences of her life. However, amidst all, Neha faced several opinions about the same from many people. Sharing how she feels good about herself regardless of her weight, she added:

“I went through postpartum depression, and it was eight difficult months of trying to put up a brave front. But every night, and this was when I was breastfeeding until late, I would go look at what people had to say about me, and everybody seemed to have an opinion. I had gained 22 kilos at that point which I lost, and then gained again when I got pregnant the second time. Throughout this time, I often judged myself and struggled with my confidence. And then one day, it just hit me that it didn’t matter what size I was, it didn’t matter how I looked, I needed to feel good about myself regardless of the number on the weighing scale.” At the end of the conversation, Neha shared one of her breastfeeding experiences with her daughter, Mehr which had bothered her a lot. She shared that while searching for a breastfeeding spot in a mall, she was asked to go to the toilet to feed her child. Wholly shaken by this response, Neha concluded:

“A few months after giving birth to my daughter Mehr, I returned to work on Roadies and I had to nurse my baby. Some years ago, I was at a mall, with my daughter in a pram, and I asked where I could breastfeed her. They told me to go to the toilet and feed my child because most malls and airports and offices aren’t thinking about a new mother’s needs. This bothered me, and that’s when I decided to launch Freedom To Feed, in 2019. I wrote about my experiences as a new mother struggling to breastfeed, and, within a few days, thousands of mothers wrote in with similar stories. It was insane!” 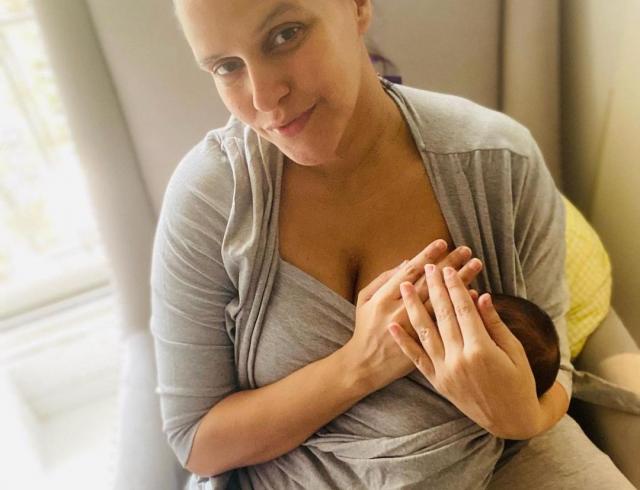 What do you think about Neha’s thoughts? Let us know!