Zoya Akhtar is the daughter of popular lyricist, Javed Akhtar and his actress-wife, Honey Irani. Unlike other star kids, Zoya took a different route and become an Indian film director. And today, she is one of the most talented film directors and screenwriters in the Hindi film industry. She has directed some of the most amazing films like Gully Boy, Zindagi Na Milegi Dobara, Dil Dhadakne Do, Lust Stories, Bombay Talkies, Talaash: The Answer Lies Within, Lakshya and more. And now, she is all set to entertain the audience with her upcoming release, The Archies.

Despite being from a filmy background, Zoya prefers to keep her life personal. She even shares stuff on social media on very rare occasions. For instance, on May 8, on the occasion of mothers day, Zoya had taken to her IG handle and shared a throwback picture of her mother, Honey Irani and herself. In the picture, little Zoya looked cute as she posed for the camera with her mommy dearest, who looked elegant in a striped saree. Sharing the picture, Zoya had written:

“Mommy and Me #happymothersday.” 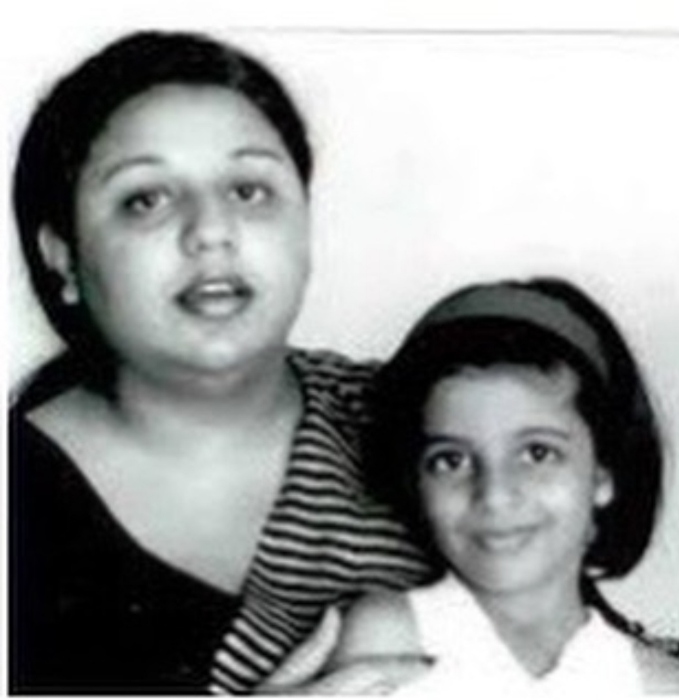 On October 20, 2022, Zoya Akhtar took to her Instagram handle and shared a monochromatic picture of her childhood. The picture featured her father, Javed Akhtar, her mother, Honey Irani, her brother, Farhan Akhtar and herself. In the photo, Zoya can be seen wearing a frock while her mommy, Honey Irani donned a saree. Zoya’s daddy, Javed Akhtar looked stunning in a shirt and pant set. However, it was little Farhan and his adorable smile that melted everyone’s heart. The Akhtar family looked lovely as they pose for the camera. Zoya captioned the post with a red heart emoji. Soon after Zoya shared the post, her fans and friends from the industry flooded the comment section with amazing reactions. Bollywood actress, Sonam Kapoor commented, “What a lovely photo”, while Shweta Bachchan Nanda wrote, “Adorable” in the comment box. The handsome hunk, Hrithik Roshan mentioned, “Toooo sweet”. Whereas The Fame Game actor, Sanjay Kapoor, reacted with a red heart emoji. Moreover, Zoya Akhtar’s bhabhi, Shibani Dandekar also commented on her post with a red heart emoji. Check it out: 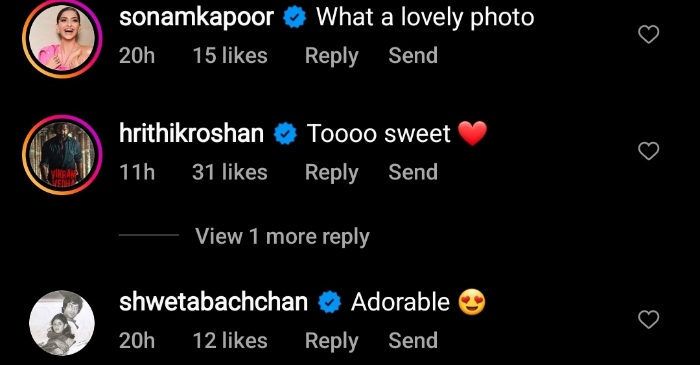 Earlier on August 11, 2022, Zoya Akhtar had taken to her Instagram handle and shared a lovely picture from her childhood featuring herself and her brother, Farhan Akhtar. In the picture, the sibling duo looked adorable as they posed for the camera. Zoya looked cute in a printed frock paired with a pink-coloured headband, while her brother, Farhan had looked stunning in a printed T-shirt. Atop it, the filmmaker had written: We are in awe of Zoya’s family picture. What about you? Let us know!