The tech moguls who want to remake American politics 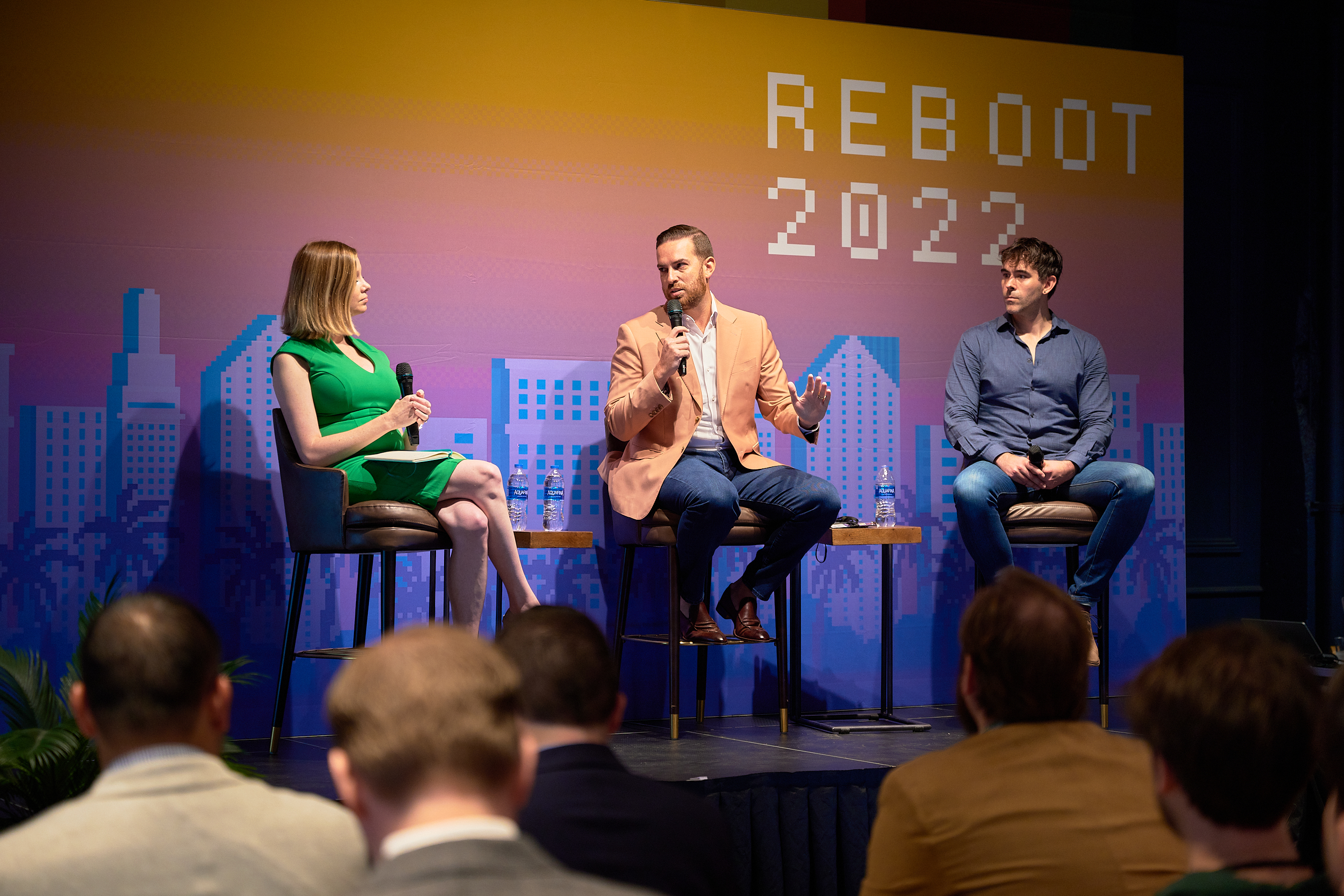 The “Reboot” conference, hosted by the free-market, tech-focused think tank the Lincoln Network, included panels with names like “The Geopolitics of Industrial Policy: All Carrot, No Stick?” and “The Future of America: Florida vs. California.”

Want more coverage of the surprising new ways tech is steering politics, and vice-versa? Get Digital Future Daily in your inbox.

Over the course of the day, a big picture emerged with potentially big political implications: A nascent, venture capital-fueled ideology that embraces the Reagan era’s optimistic nationalism while jettisoning its allergy to the power of the state.

It wasn’t long ago that a tech-themed conference like Reboot would have (mostly) steered clear of politics. But Thursday’s slate of conversations coincides with a wave of VC-world players like Balaji Srinivasan and Marc Andreessen (not to mention a certain rocket mogul) getting decidedly more interested in shaping civic life, and even political campaigns that touch those themes like those of tech-world alums J.D. Vance and Blake Masters.

The movement has attracted some former Trump-world thinkers such as Julius Krein, founder of the policy journal American Affairs, who swore off Trump in 2017 and now advocates for rebuilding America through a more muscular, nationalistic approach to tech and industry.

“Younger people working in tech or in VC have become increasingly focused on ‘getting out of software’… [there’s] an increasing interest in hardware, robotics, hard tech, with a growing interest in ‘strategic sectors’ and rebuilding the United States, and defense-related technology in competition with China,” said Krein, who sat on the conference’s industrial geopolitics panel.

The pivot he’s talking about — from software to hardware, and away from globalization — implies a dissatisfaction with the current-day tech giants whose reign has brought the world decidedly virtual, trans-national products like Facebook or Tinder.

If there’s one pervasive mythos that most animates this new politics, it might be that of the “builder,” constantly invoked in Web3, crypto and VC circles — the iconoclastic technologist looking to break free from the stultifying big firms and create a new, world-changing product. Miami’s Bitcoin-loving Mayor Francis Suarez, who not-so-subtly hinted at his presidential ambitions at the conference, all but begged them to flock to his city from the stage last week.

This new iteration of “builder” politics is a twist on the solitary heroes of Ayn Rand, the libertarian author many of these thinkers still venerate. This generation purports to look beyond individual achievement and take responsibility for shaping American civic life amid the country’s de-industrialization and still-unresolved consequences, as well as its heated competition with China.

“The old way of thinking about open markets and free markets — it’s not to say that those things don’t matter, but they’re taking more of a backseat to more national concerns,” the tech researcher Will Rinehart told me. “It feels like there’s this renewed optimism, but there’s also a more realistic understanding of the threats that exist.”

That mindset is neatly encapsulated by a high-profile recent project from the VC firm Andreessen Horowitz, the audaciously titled “American Dynamism” project, aimed at building “companies that transcend verticals and business models in their quest to solve important national problems” and which “view government as a customer, competitor or key stakeholder.”

But for all the excitement among these young, deeply ambitious “builders,” there are still a few slightly messy impediments to construction. For those in politics, there are simple political realities, such as what the Republican base is actually looking for in a candidate. That tension is evident in the Senate campaign of Masters, the Peter Thiel protege who would otherwise theoretically fit right into this paradigm — but is instead running a caustic, doom-and-gloom campaign aimed at currying favor with pessimistic Trump voters.

And, of course, there’s one of the oldest challenges in business, politics or pretty much any other arena in life: The old guard who “built” the world as it is today aren’t planning on going away, and it might be even more unlikely to expect them to change their attitudes any sooner.

In this case, the “old guard” means people with money — and the bulk of the party that most of these thinkers see as their political home.

“Younger intellectual activists are working for positive new agendas wherever they can find them, but the donors aren’t really that excited about it,” Krein said. “There’s also all the confusion around the Trump phenomenon, and a lot of people who think the biggest issue is fighting the 2020 election.”

When it comes to the tech world itself, Krein was equally wary, positing that for the “builder” agenda to really take off it might require something truly paradigm-breaking for the libertarian-leaning tech world — active help from the federal government.

“The problem that I don’t know if the VC world has really thought through is that with hard tech, in general it’s just never going to have the returns on paper that software does,” Krein said, discussing his cautious optimism about the “American Dynamism” project. “That’s where I think you increasingly will need to have, and one can debate the specifics, but some kind of government policy support for these types of investments.”

Maybe the most telling indicator of how uneasily the “builder” agenda fits into the political status quo is the almost total lack of partisan rancor on display at the conference, even amid discussions of hot-button issues like China, crypto policy or state and local governance. Despite the right-leaning tenor of the event, many panelists offered cautious praise for the Biden administration’s tough-on-China policies, or the Democratic Congress’ big investment in research in its “Chips plus Science” bill.

That could be a blessing and a curse: The “builder” agenda might have broad support, but a limited audience among the sharp-elbowed power players who set activist and party agendas — not to mention actual voters.

“[Reboot’s] overall approach is to identify things where partisanship is less of an issue, which are popular in some section of the left but also in some section of the more populist right,” said Neil Chilson, a former chief technologist for the FTC and current senior research fellow at the Charles Koch Institute. “How well does that map onto a political environment where sometimes it’s better politics to curse out your opponent than to work with them to get something done?”

CORRECTION: A previous version of this report misspelled the last name of Neil Chilson.