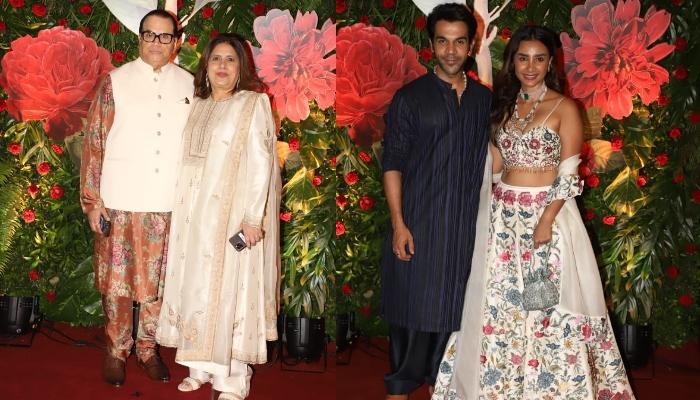 Bollywood and parties go hand-in-hand! And when it comes to Diwali, B-town never fails to amaze us with its lavishing parties. As Diwali is right around the corner, we witnessed some grand parties hosted by many celebrities. And, now producer, Ramesh Raurani has joined the list as he hosted a grand Diwali party at his residence.

For the unversed, Ramesh Taurani is one of the most successful producers in Bollywood. He has produced some amazing films like The Legend of Bhagat Singh, Soldier, Phata Poster Nikla hero, Ajab Prem Ki Ghazab Kahani, Race 2, Bhoot Police and more. Talking about his personal life, Ramesh Taurani is married to Varsha Taurani, and the couple is blessed with three kids, Sneha Taurani, Raveena Taurani and Jaya Taurani. 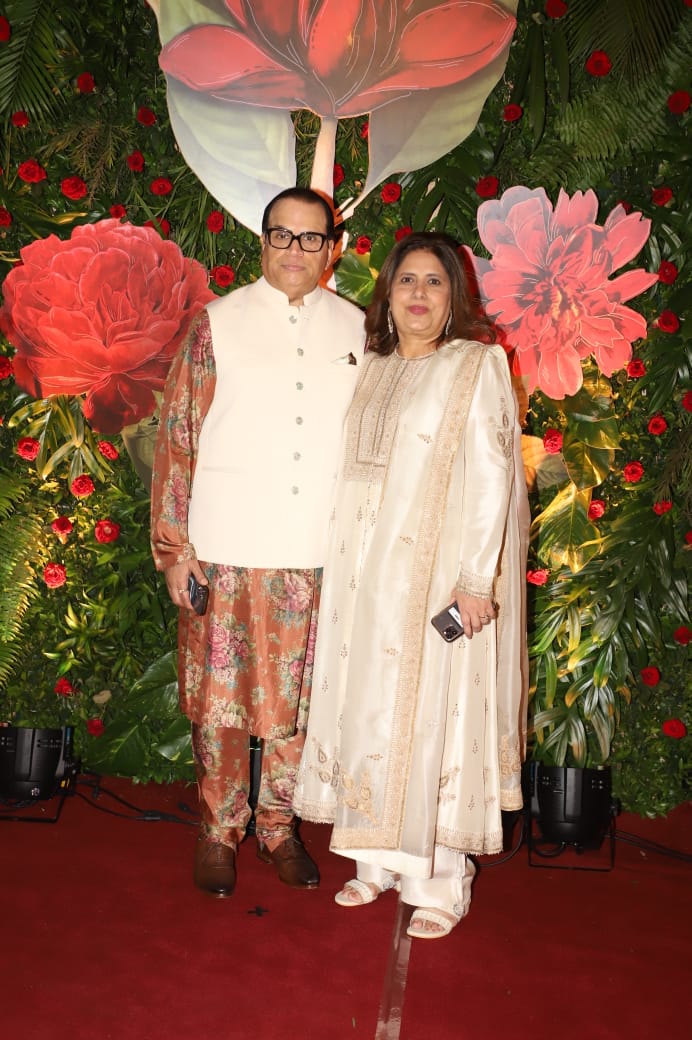 Many B-town celebrities attended Ramesh Taurani’s Diwali bash. The most adorable couple in Tinseltown, Rajkumar Rao and his loving wifey, Patralekha stole the limelight with their presence at Ramesh Taurani’s Diwali party. The much-in-love couple looked mesmerising in their respective outfits. While Patralekha looked gorgeous in a floral-printed white-coloured lehenga paired with a few statement necklace pieces, her darling hubby looked handsome in a navy-blue coloured striped kurta paired with a pyjama. 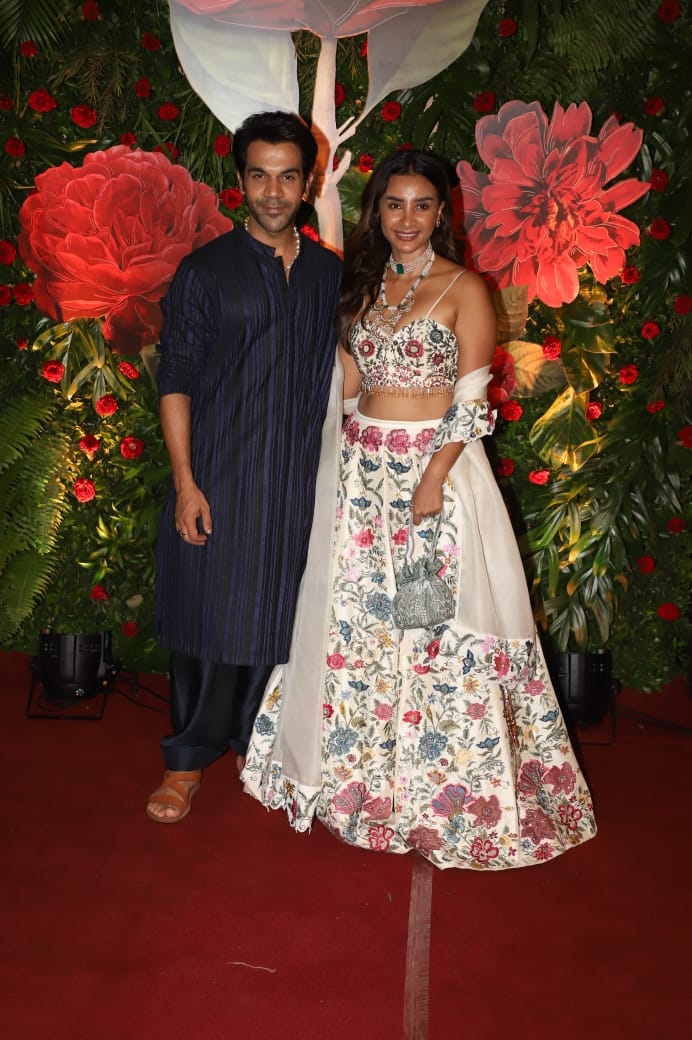 Another married couple, who grabbed the attention with their appearance at the Diwali party, was Riteish Deshmukh and his wife, Genelia D’Souza. The Ek Tha Villain actor wore a lavender blue-coloured kurta paired with a printed jacket and white-coloured pyjama. However, his oh-so-gorgeous wife, Genelia looked mesmerising in a sky blue-coloured embroidered lehenga and a V-neck blouse in white colour. Another couple, whose presence was duly cheered by the paparazzi, was Rakul Preet Singh and Jacky Bhagnani. The much-in-love couple looked amazing in their respective outfits. Rakul opted for a yellow-coloured printed saree paired with a sequin blouse, while her boyfriend, Jacky looked dapper in a dual-shade kurta paired with a black pyjama. You May Like: Sara Tendulkar Shares Cool Photos From Her Mini Vacation In Budapest, Hungary To Mark Her 25th B’day 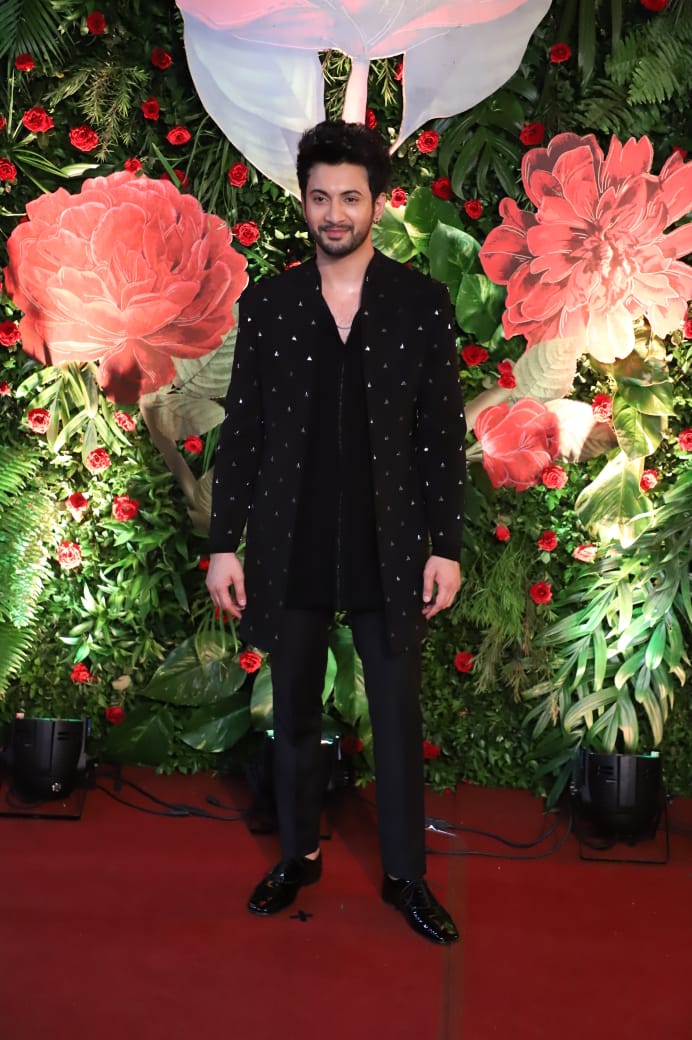 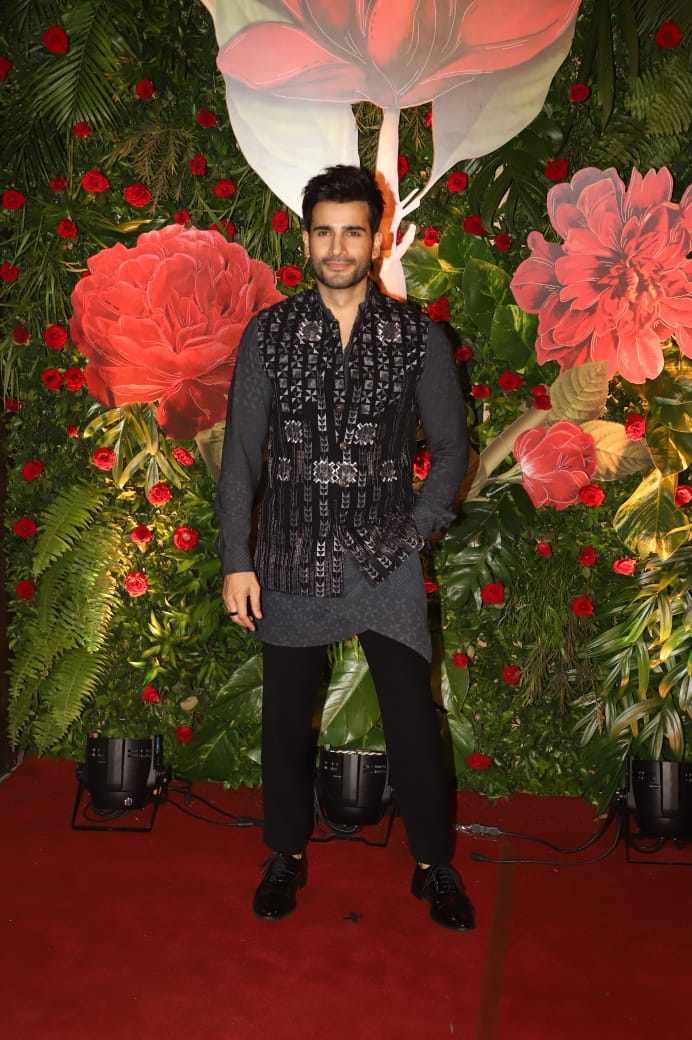 Bollywood actress, Shilpa Shetty also attended Ramesh Taurani’s star-studded Diwali bash and looked stunning in a maroon-coloured printed saree paired with a matching blouse. She completed her look with a statement choker necklace. Another actress, who put her best fashion foot forward on the night was Nora Fatehi. She opted for a blush-pink coloured embroidered lehenga choli set. Bollywood’s most adorable sibling duo, Arbaaz Khan and his sister, Alvira Agnihotri, along with her husband, Atul Agnihotri, were also spotted at the Diwali bash. 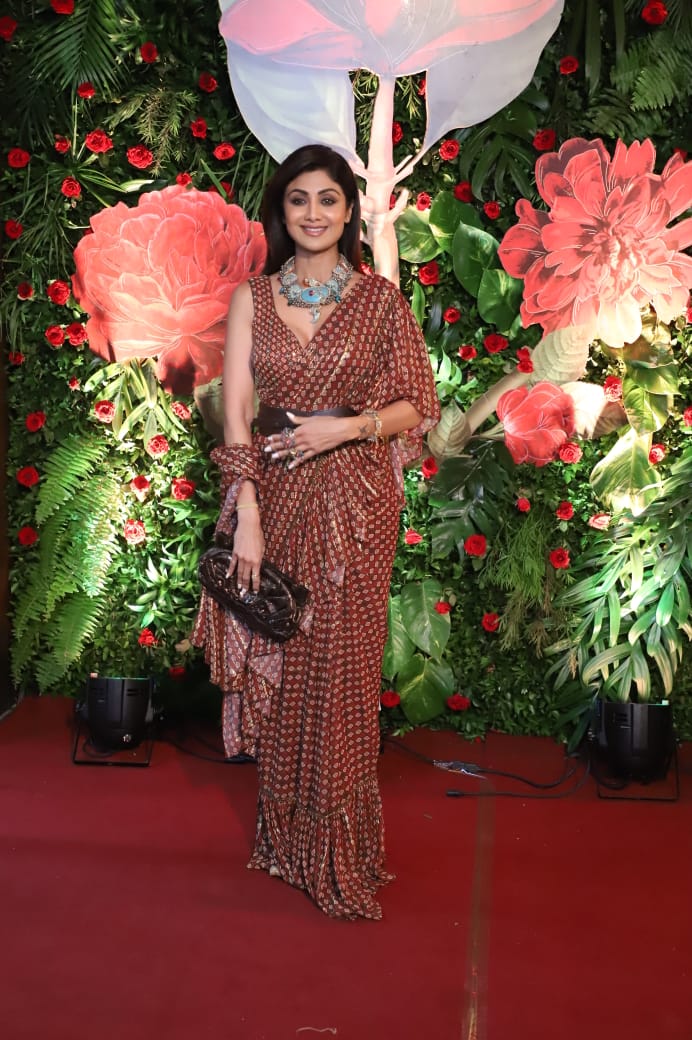 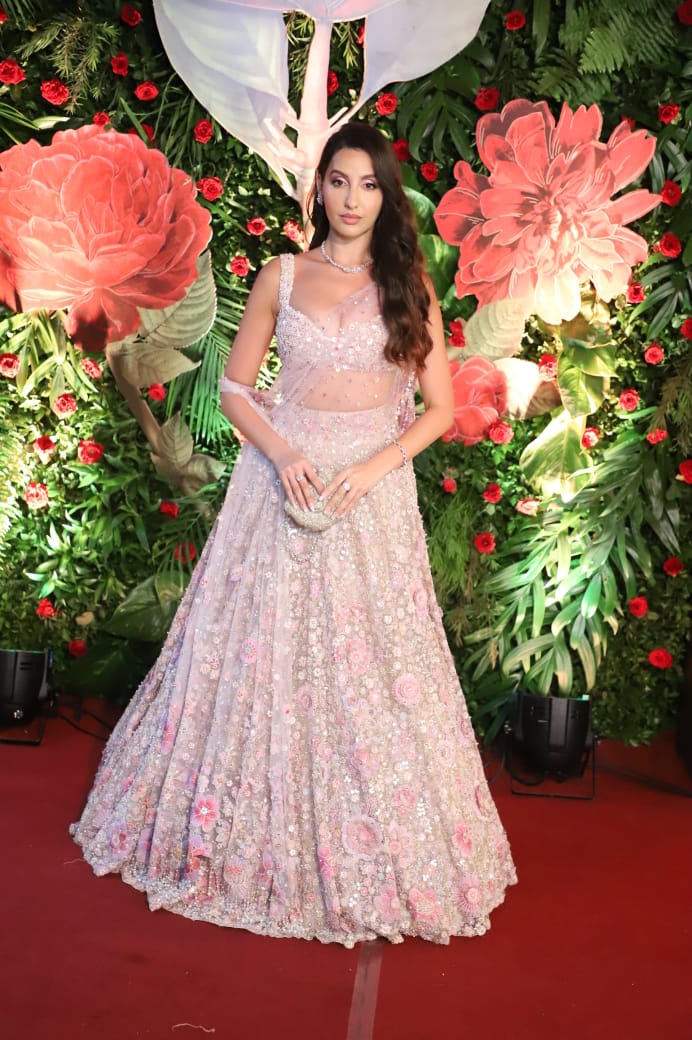 Another married couple, who made heads turn with their appearance at the Diwali party, was television actor, Karan Patel and his wife, Ankita Bhargava. The much-in-love couple posed alongside Bollywood actor, Aditya Roy Kapoor, who looked dapper in a black-printed kurta paired with white pyjama. Singer, Alka Yagnik also attended Ramesh Taurani’s Diwali bash. The power couple, Aditya Seal and his wife, Anushka Ranjan were also spotted at the party. The couple looked amazing in their respective festive outfits. 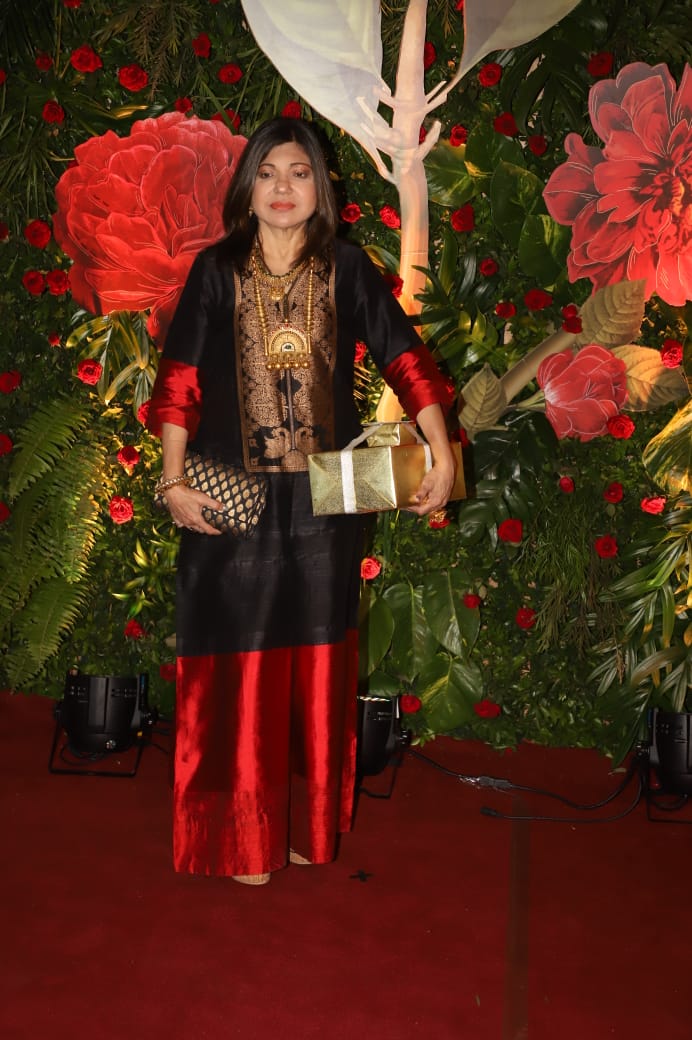 Well, Ramesh Taurani and his wife, Varsha Taurani’s Diwali party, was nothing less than a Bollywood award ceremony filled with popular faces of Tinseltown. What do you think? Let us know!