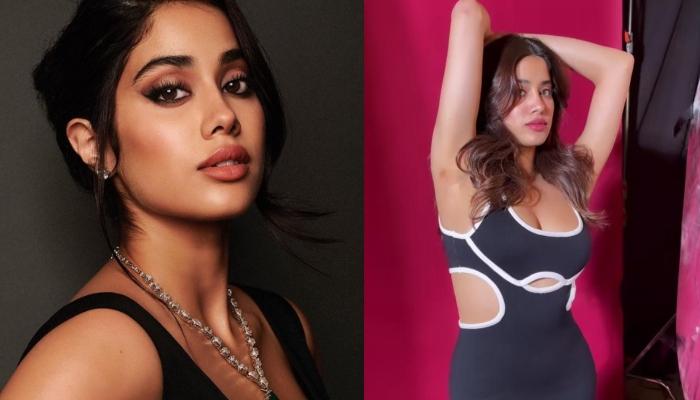 Bollywood actress, Janhvi Kapoor is the daughter of the late actress, Sridevi and ace filmmaker, Boney Kapoor. She made her acting debut in Bollywood with the film, Dhadak, in 2018. Since then, she has constantly proved her mettle in acting in one after the other hit films, including Good Luck Jerry, Dhadak, Roohi, Gunjan Saxena: The Kargil Girl, and many others. Moreover, the star kid is also loved for her sartorial fashion choices and has already become extremely popular among Gen-Z.

Recently, Janhvi Kapoor shared glimpses of her latest look for her upcoming film, Mili‘s promotions. In the pictures, she was wearing a black-hued cutout dress and paired her look with dewy makeup and open-hairdo. The dress features a long midi, a scooped neckline, and cutouts on the front centre and the waist. Upon doing some research, we found her Grazia Dress by Runaway is from the brand, Frisky and comes with a pocket-friendly amount worth Rs. 6990. Janhvi also shared a stunning video from her photoshoot donning the same ensemble. However, her eagle-eyed fans were soon able to spot a love bite near her right armpit. They dropped various comments asking her about the love bite. One user wrote, “Is that a love bite”, another netizen mentioned, “You have a love bite near your armpit.” Check out the comments: 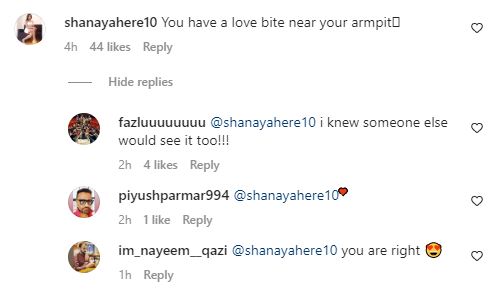 For the unversed, in her personal life, Janhvi Kapoor was dating her Dhadak co-star, Ishaan Khatter. However, soon, they parted ways, and Janhvi allegedly started dating Akshat Rajan. Once again, things didn’t go well between the two, and they decided to break up. Now, as per recent reports, Janhvi is allegedly dating Orhan Awatramani, and the two are often spotted together.

For instance, on August 21, 2022, Janhvi was spotted outside a restaurant after partying with Orhan. However, Janhvi who always greets the paps, had dodged the shutterbugs that day. She looked upset and went straight towards her car. On the other hand, Orhan could be seen standing at the restaurant entrance, asking the paps to stop recording. He could be heard saying, “Janhvi nikal gayi.” As soon as the video got uploaded, Janhvi’s fans became concerned about her gloomy behaviour and flooded the post’s comment section referring to Orhan behind her disappointment. Check out the comments below:

On the professional front, Janhvi Kapoor will be next seen in the film, Mili, produced by her darling daddy, Boney Kapoor.

Next Read: Urvashi Rautela Reacts After Fans Link Her ‘I Love You Boldo Na’ Video With Rishabh Pant