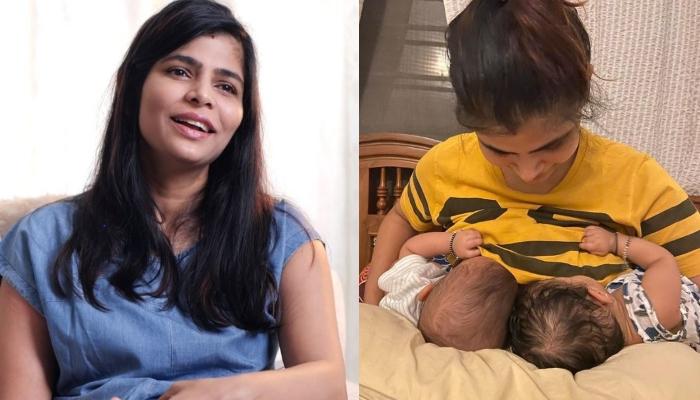 Playback singer, Chinmayi Sripada made a name for herself in the music industry with soulful tracks like Titli from Chennai Express, Main Rang Sharbaton Ka from Phata Poster Nikla Hero, Mast Magan from 2 States and many more. In 2014, the singer got married to Rahul Ravindran, and the duo was blessed with twins.

Chinmayi announced the birth of her twins in June 2022 and revealed that they have named their daughter, Driptah and their son, Shravas. But soon after Chinmayi announced the news of becoming a mother, she faced heavy backlash, and many claimed that the singer opted for surrogacy as she had not posted any picture during her pregnancy. After Chinmayi posted the first picture from her pregnancy, flaunting her baby bump on October 18, 2022, the singer was bombarded with a lot of questions. Many quipped why she didn’t post any pictures throughout her whole pregnancy and following her last picture, Chinmayi shared a video and revealed the reason behind the same and said:

“I posted a photograph of myself from 32 weeks pregnant just because I think now I have a little bit of regret about not taking more photographs. But I have already mentioned on my YouTube channel I was slightly mind messed that I should have a healthy pregnancy especially post my miscarriage. After 32 weeks, or even after then, I think I was scared… I was still showing up at dubbing, and recordings and telling people not to take any photographs, and completely respect my privacy. I even had a press meet around the time, and even then the media was really respectful.” In the same video, Chinmayi also addressed the questions about her babies being born via surrogacy and stated she really doesn’t care what people think. In her words:

Recommended Read: Rhea Chakraborty Bought Sweets For Jail Inmates And Danced With Them On The Day Of Her Release

On October 18, 2022, Chinmayi had taken to her IG handle and posted a picture of herself flaunting her baby bump. In the mirror selfie, the singer could be seen posing in a mustard-hued maxi dress. The new mommy captioned the picture as:

“The only selfie I took throughout pregnancy. The only. Here at almost 32 weeks.” 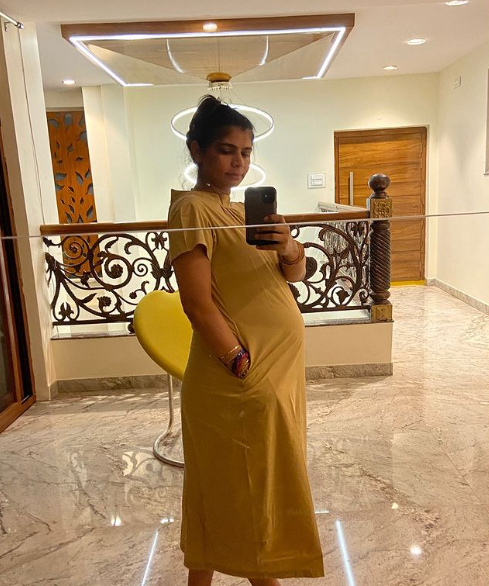 Well, Chinmayi clearly stated the reasons for guarding her pregnancy and not going gaga about it! What are your views on the same? Let us know.