Shalin Bhanot’s Ex-Wife, Dalljiet Kaur Wants Him To Settle Down And Have Another Child The reality show, Bigg Boss is back with its 16th season and has already made sure to make a lot of buzz within a few days. Be it Sajid Khan’s participation in the show or Shalin Bhanot’s closeness to Tina Datta, the show had made fans glued to their television screens. Shalin also garnered a lot of limelight for his closeness to his co-contestant, Sumbul Touqeer.

For the unversed, Shaleen Bhanot was earlier married to telly actress, Dalljiet Kaur in 2009. However, after some time, differences cropped up in their lives, and Shaleen was accused of domestic violence by his wife, Dalljiet. The couple, who has a son, Jaydon ended their marriage in 2015. 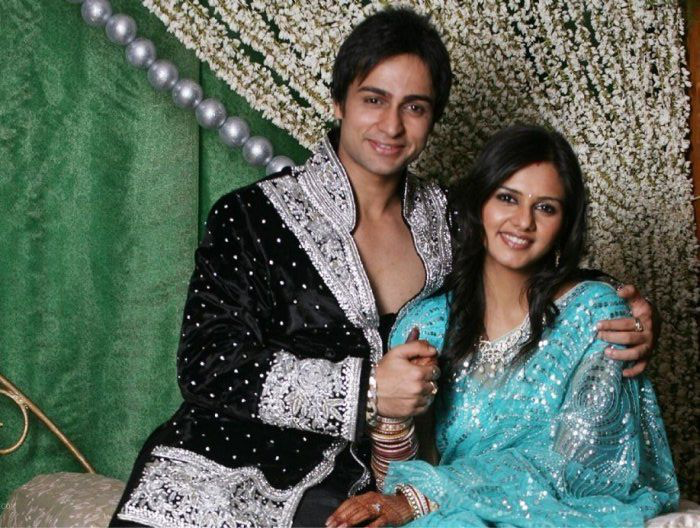 A couple of days ago, Shalin talked about his past and his ex-wife, Dalljiet, his best friend. However, Dalljiet stated that it is not true. Now, in an interview with ETimes, Dalljiet spoke about Shalin and revealed that she wishes to see him married and have another child. Speaking about the same, Dalljiet stated:

“Ek relationship jab tootta hai toh ek Aur relationship banana chahiye to get you back another chance to live happily.” 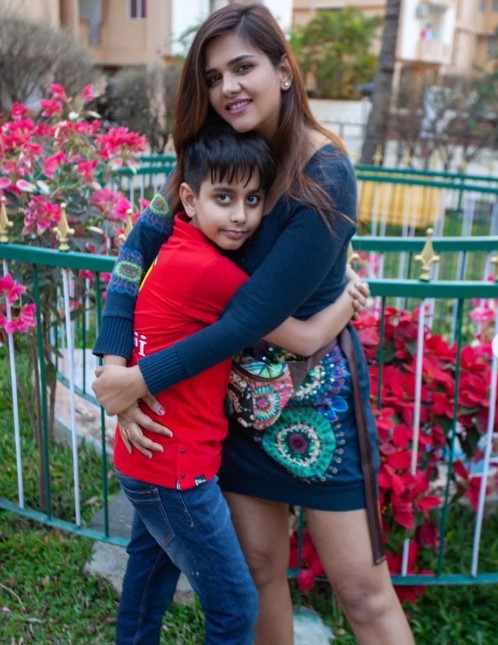 In one of the episodes, when Shaleen expressed his feelings for Tina Datta and was seen opening up about his personal life to her. During the conversation, he even revealed that he and his ex-wife, Dalljiet Kaur are like best friends. He had stated that he doesn’t want to discuss the accusations, and if he would talk about it, it would be really surprising and funny for everyone.

Recommended Read: Vaishali Takkar Suicide Case: Janhvi Reveals She Was Troubled By Her Ex-BF But Did Not Accept Help 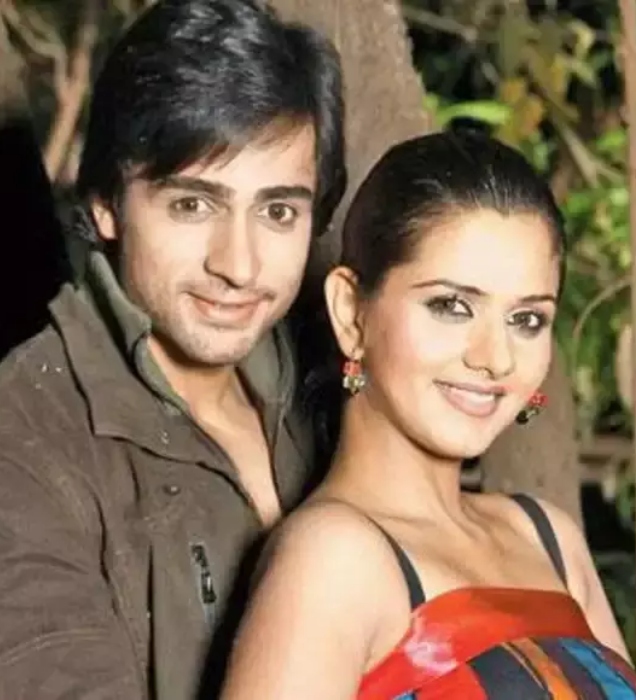 However, Shaleen’s statement didn’t go down well with Dalljiet, and she strongly reacted to the statement. Taking to her Twitter handle, Dalljiet slammed Shalin for his remark on their marriage and tweeted:

“No I am not your best friend shalin. Meeting once in a month or two months for the sake of my child does not qualify as friendship. I wish you luck with your love life but leave me out of your fictions and stories, please. And u r calling it funny? really? Tina, no hard feelings for u.” 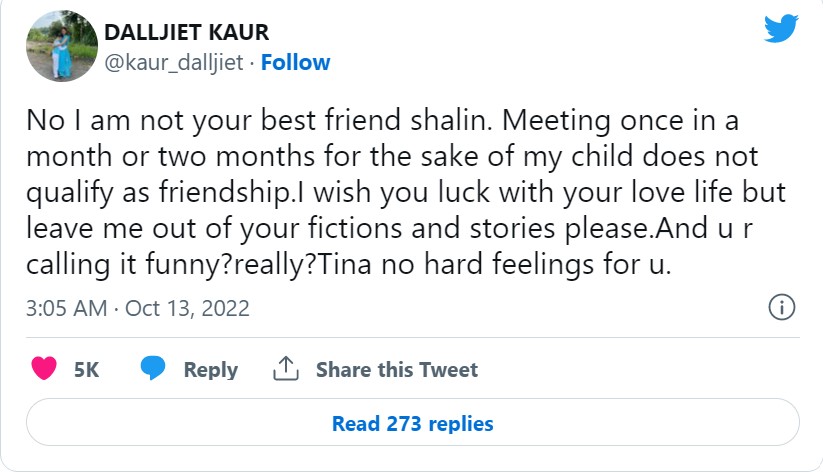 Before participating in Bigg Boss 16, Shalin was seen in the show, Ram Siya Ke Luv Kush!

Also Read: Richa Chadha Tries To Cover Her Tummy With Saree ‘Pallu’, Netizens Say, ‘She Is Pregnant For Sure’