Television actress, Debina Bonnerjee tied the knot with the love of her life, Gurmeet Choudhary on February 15, 2011. And after trying for five long years, they were finally blessed with a baby girl, Lianna Choudhary, on April 3, 2022. Currently, the actress is once again pregnant with her second child. However, Debina has never shied away from sharing her not-so-easy pregnancy journey, and we have seen the actress going through everything to finally embrace motherhood.

Soon after the birth of their first baby, Debina and Gurmeet had announced her second pregnancy in August 2022. Calling it a blessing, they had revealed that it happened at the most unexpected time. Since then, Debina has been seen once again taking full care of her. For instance, on October 13, 2022, on the auspicious occasion of Karwa Chauth, Debina had taken to her IG handle and shared a series of pictures featuring her simple mehendi. However, some of her fans got concerned and asked why she had put less mehendi, and some mentioned why she put mehendi at all during her pregnancy. To answer all such questions, she took to her IG stories and revealed the real reason. She had mentioned:

“That’s why I have put less… to check if I get any kind of reaction… but I seem fine.” 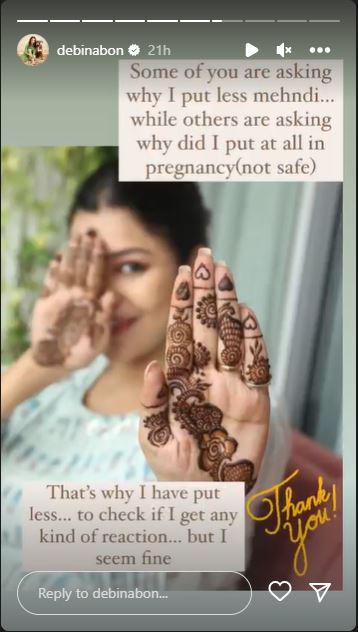 However, as Debina’s first pregnancy was delayed, she faced huge societal pressure. Revealing the same in an interview with Pinkvilla, Debina mentioned how people’s expectations about her pregnancy used to affect her hugely. She added that without knowing her real journey and also out of love, many people used to raise questions which sometimes felt like a failure to her. She shared:

“Nobody knew what was going on in my life, so it was not very hurtful. Only you know what was going on, what was happening and it was a step-by-step process, you know your body, but the opinion of people sounds like a pressure. People unknowingly and out of love start expecting from you. They do not know the situation you are going through, that you are trying but it’s not happening. The expectation from faceless people, fans, family to your immediate relatives, piles up and makes it very heavy.” 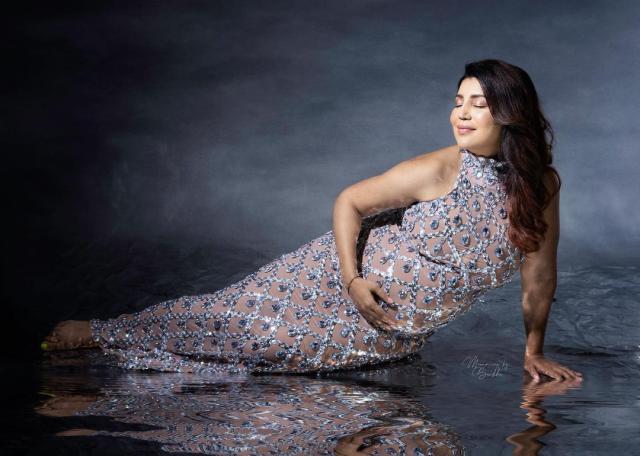 Further, in the same conversation, Debina talked about her hubby, Gurmeet’s support. She mentioned that the doting hubby used to be a rock behind her and mentioned:

“Guru was very protective about me, he would see me break down and was there for me. When need be, he becomes the rock. He is so good, he is just concerned about me, my feelings and my difficulties, and just wants us to be happy.” Earlier, on October 10, 2022, Debina had taken to her IG handle and shared a cutesy video while matching beats with her darling hubby, Gurmeet Choudhary. The video seemed to be from her second maternity photoshoot. In the video, we could spot Debina’s fully-grown baby bump in a thigh-high slit black-coloured gown, and together they looked simply alluring. Sharing it, Debina had written:

“When I first saw you … you took my breath away. You still do everyday.” 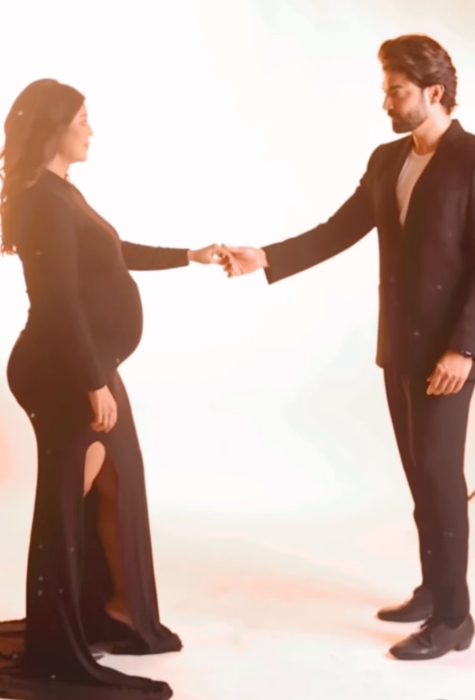 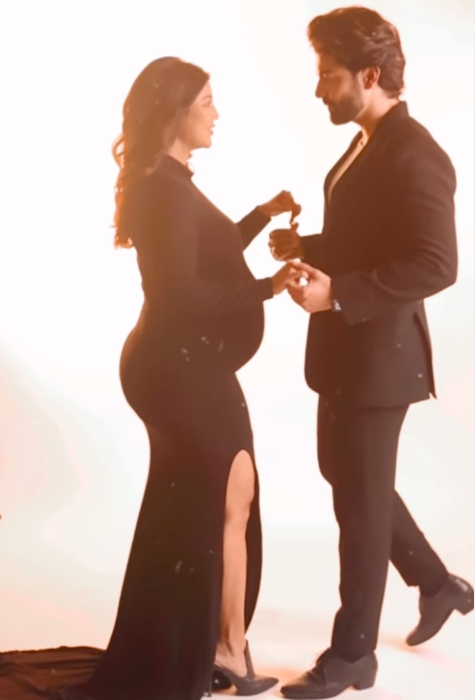 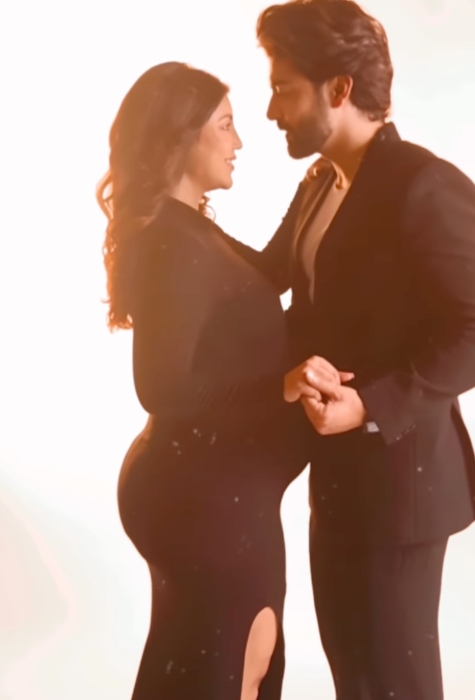 What do you think about Debina’s revelations? Let us know!

Next Read: Imran Khan’s Estranged Wife, Avantika Malik Posts A Video On ‘The Best Thing Of Having A Husband Is’