Bollywood actress, Shilpa Shetty Kundra is a strong woman, who has been through so many difficult phases in her life but never gave up. She is a source of inspiration for many people out there, as she never fails to impress us with the way she leads her life. Shilpa has been in the Hindi film industry for decades now, and her popularity knows no bounds.

On the personal front, Shilpa Shetty Kundra got married to businessman, Raj Kundra, and the couple is blessed with two adorable kids, Viaan Raj Kundra and Samisha Shetty Kundra. Shilpa is a fitness freak and a perfect family woman, who always manages to win our hearts with beautiful glimpses of her family time. The actress is a doting mommy to her kids, Viaan and Samisha, and her IG handle is proof of the same! 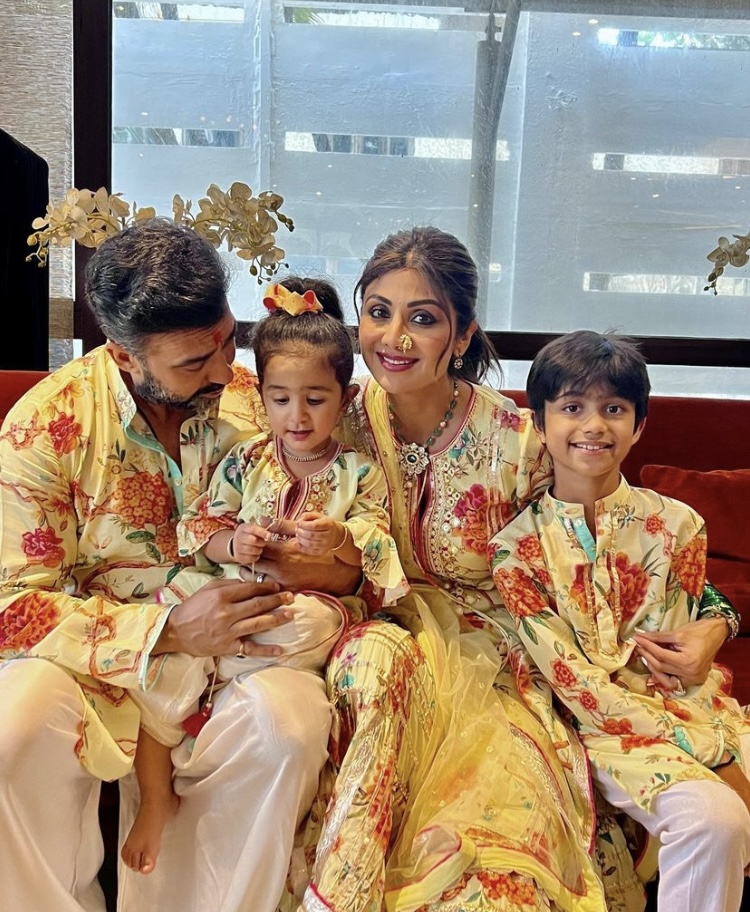 On October 16, 2022, Shilpa Shetty was spotted by the paps as she stepped out in the city with her family. The actress looked gorgeous in a white top paired with blue wide-legged pants, while her hubby, Raj opted for a black sweatshirt and blue denim. Keeping up with his tradition, he hid his face with a black mask. On the other hand, their kids, Viaan and Samisha twinned in white, and the latter looked too cute dressed as a little fairy. 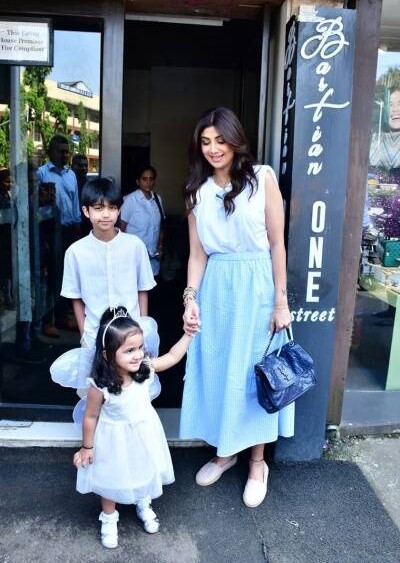 Meanwhile, Shilpa also shared a video on her IG handle, giving us a sneak peek into her binge session with her son, Viaan, and mom, Sunanda Shetty. The video showed the actress obsessing over delicious desserts and topping them with chocolate shots. She relished some sweet treats, while Viaan, who was sitting beside his grandmom, Sunanda, broke a cake. The video was too fun-filled to be missed, and it simply left us drooling!

Earlier, in an interaction with a media portal, Raj Kundra had opened up about the reason behind hiding his face in public and said that he did that because of his privacy concern. Taking a jibe at media trials, he mentioned that his family has always been his family and revealed that he did not hide his face in shame. In his words:

“The trolling, negativity and toxic public perception has been very debilitating. To set the record straight, I do not hide my face in shame, but wish that my privacy is not intruded anymore with this continued MEDIA TRIAL. My priority has always been my family, nothing else matters at this juncture.” 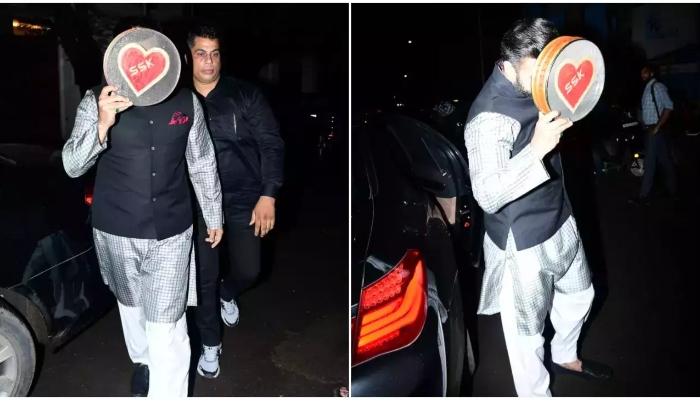