Sanjay Kapoor Celebrates His 57th Birthday In Dubai, Shares Inside Glimpses From The Bash 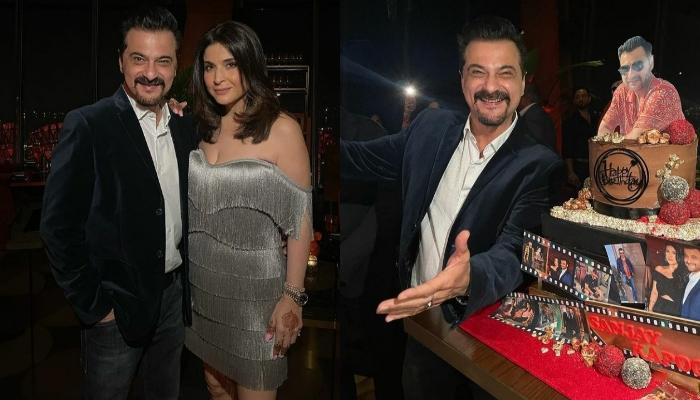 Sanjay Kapoor is one of the most amazing actors in Bollywood. He has entertained the audience with his acting stint in films like Sirf Tum, Raja, Prem, Mission mangal, LOC: Kargil and more. Recently, he appeared in the popular web series, The Fame Game opposite Madhuri Dixit and garnered a lot of appreciation. For the unversed, Sanjay Kapoor is married to Maheep Kapoor, and the couple is blessed with two beautiful kids, Shanaya Kapoor and Jahaan Kapoor.

Meanwhile, Sanjay Kapoor turned 57 on October 17, 2022, and received some adorable wishes from his family members. His niece, Sonam Kapoor Ahuja wished her chachu on his special day with some unseen pictures. Taking to her Instagram handle, the Neerja actress shared some throwback pictures featuring her uncle, Sanjay Kapoor and her sister, Rhea Kapoor. Atop it, she penned a beautiful note, which can be read as:

“Happy birthday chachu! We love you! To the funniest coolest uncle, we hope we always party with you! Jiyo hazaro saal! Happy 60! @sanjaykapoor2500.”

Also Read: Vinny Arora Dhoopar Shares A Cutesy Picture With Her Son, Zayn, Twins With Him In Yellow Ensemble 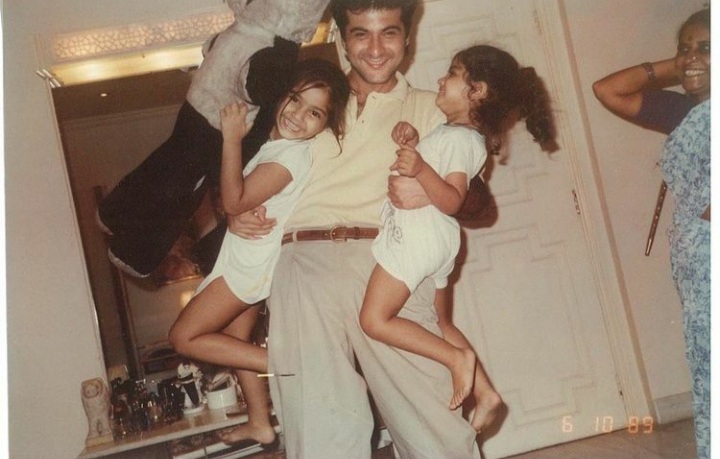 As Sanjay Kapoor turned a year older today, he celebrated his birthday with a midnight bash in Dubai which his family and friends attended. Many celebrities from B-town, including Farhan Khan, Seema Sajdeh, Chunky Panday, Bhavna Panday, Sukhbir, Anil Kapoor, Boney Kapoor and others attended Sanjay’s birthday bash. A few hours ago, Sanjay took to his Instagram handle and re-shared a series of photos and videos from his star-studded birthday celebration. In one of the videos, we can see Sanjay cutting a beautiful cake decorated with his and Maheep’s pictures. In another video, we can see the birthday boy grooving to music with dancers. Check it out: 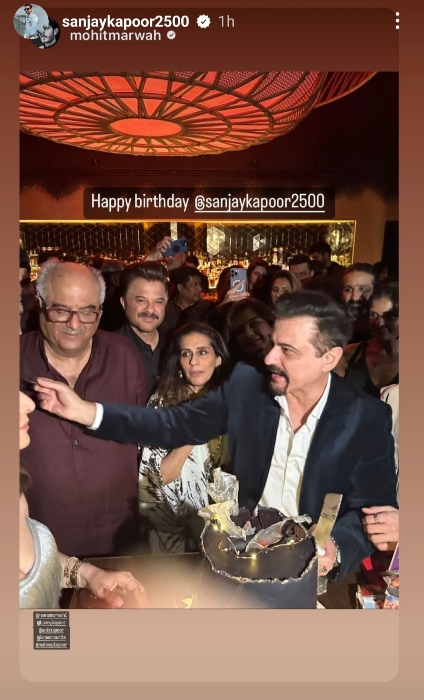 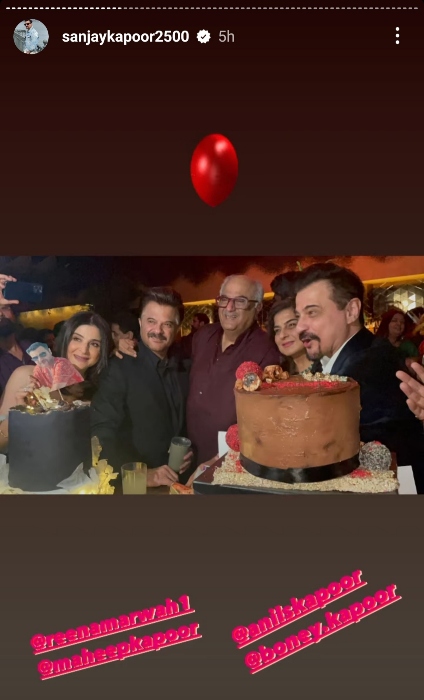 A few hours ago, Maheep Kapoor took to her Instagram handle to wish her darling hubby on his birthday. She shared a series of pictures from Sanjay’s birthday party featuring Sanjay, their kids, Shanaya, Jahaan and herself. In the pictures, the birthday boy looked dapper in a formal suit, while Maheep looked gorgeous in a metallic off-shoulder layered dress. Atop it, she had penned a beautiful note which can be read as:

“Happy Birthday to our rock….my teammate…grateful for you always, everyday #60NeverLookedSoGood..Love you and many, many, many celebrations together.”

You May Like: Vaishali Thakkar’s Suicide Case: Neighbour Wanted To Marry Her Forcefully, Ex-BF Also Tortured Her 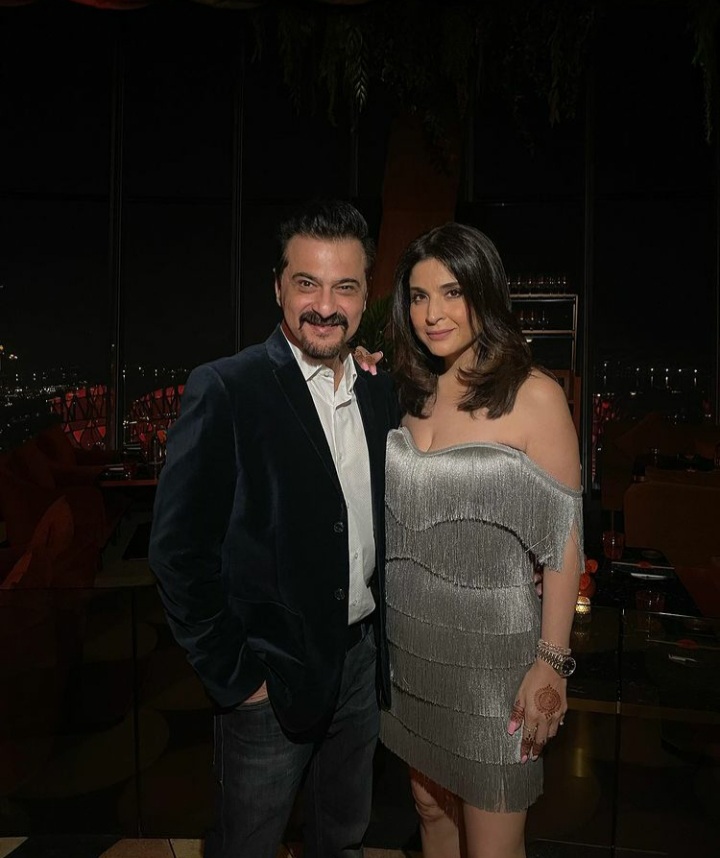 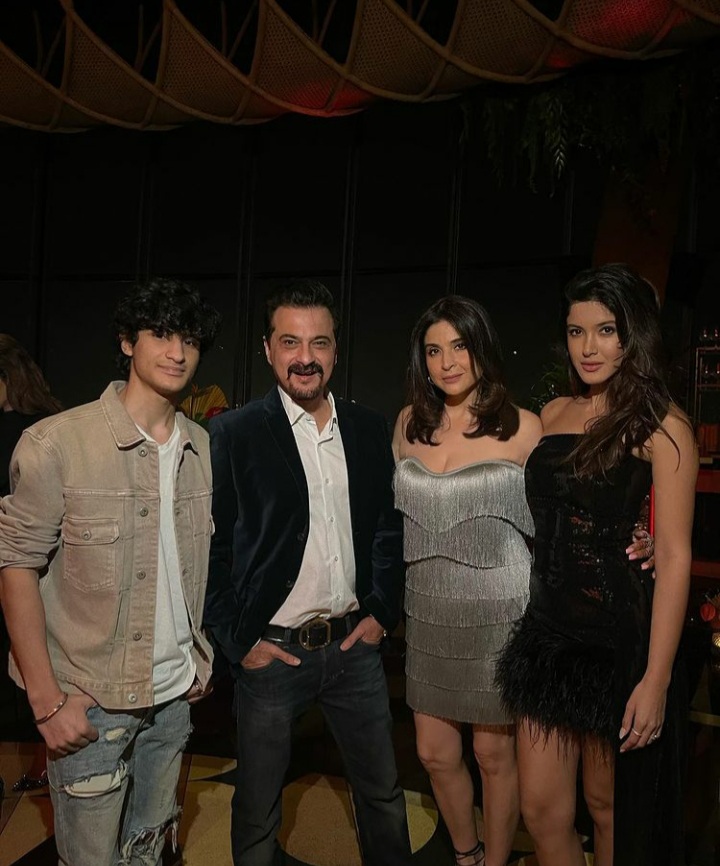 Meanwhile, Anatara Motiwala, who is married to Sanjay Kapoor’s nephew, Mohit Marwah took to her IG story and shared a series of inside pictures and videos from the birthday celebration. In one of the pictures shared by her, we can see Sanjay, Boney, Maheep, and Shanaya posing with her and Mohit. While, Seema Sajdeh also took to her Instagram stories and shared a few inside pictures. For instance, she shared a picture of herself and Sanjay from his midnight celebration and wrote:

” Happy birthday @sanjaykapoor2500…Are you the kebab or me.” 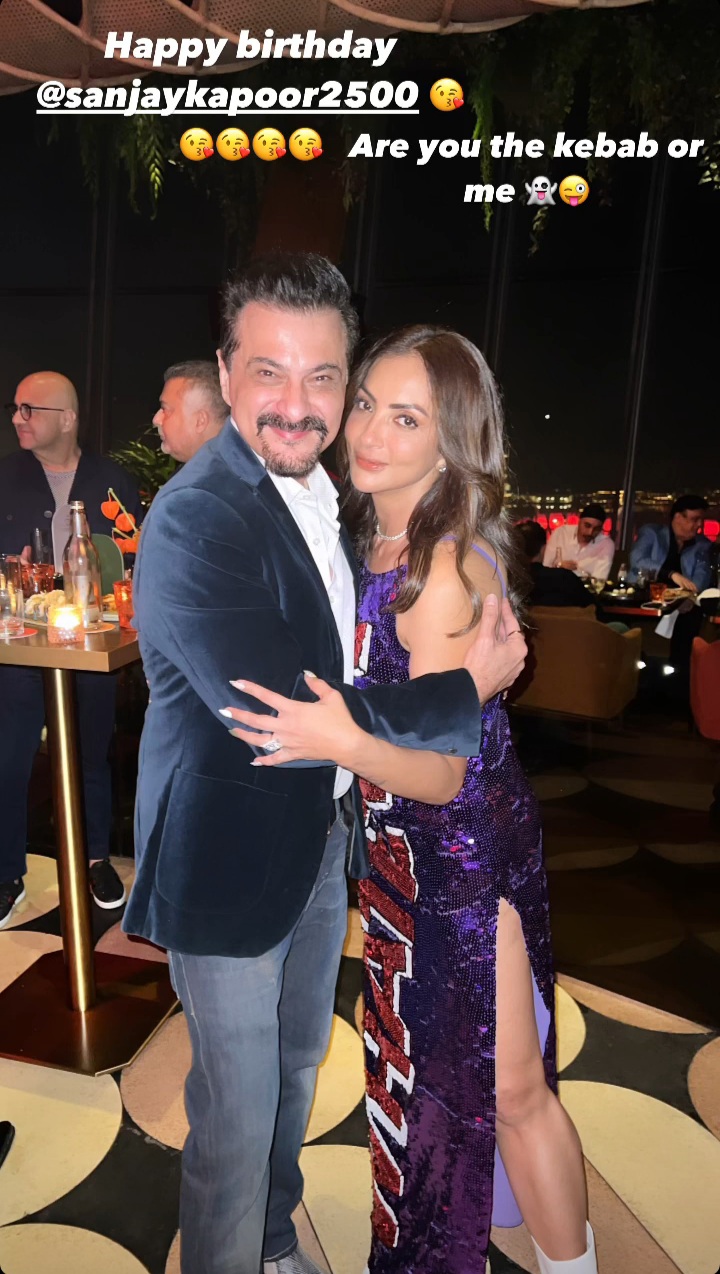 We wish a very happy birthday to Sanjay Kapoor!

Recommended Read: Kajol Relishes A Snack Prepared By Son, Yug Devgan, She Rates It As ‘Aesthetic And Seriously Yummy’