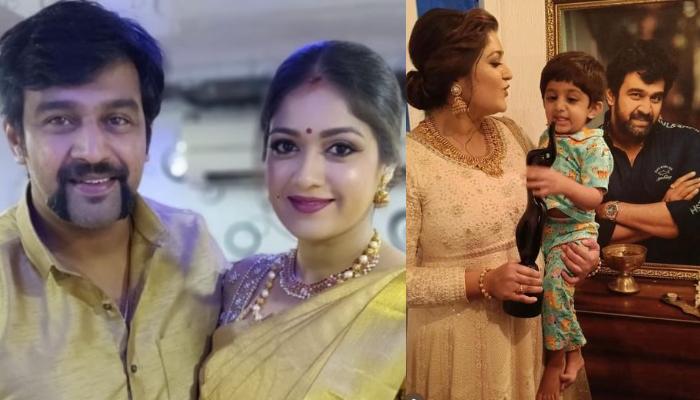 South Indian actress, Meghana Raj had got hitched to the man of her dreams, Chiranjeevi Sarja, in April 2018, following Christian and Hindu rituals. Before tying the knot, the couple had been dating for ten years. However, on June 7, 2020, Chiranjeevi suffered a sudden heart stroke and left for his heavenly abode at the age of 39. At that time, Meghana was already pregnant with their first child.

Without giving up, Meghana welcomed Raayan Raj Sarja into the world and brought him up single-handedly. From teaching the little one to pronounce appa to telling him stories about his dad, Meghana has been a perfect single mother. This time, the actress has remembered her late hubby on his birth anniversary, and her note will leave you in tears. 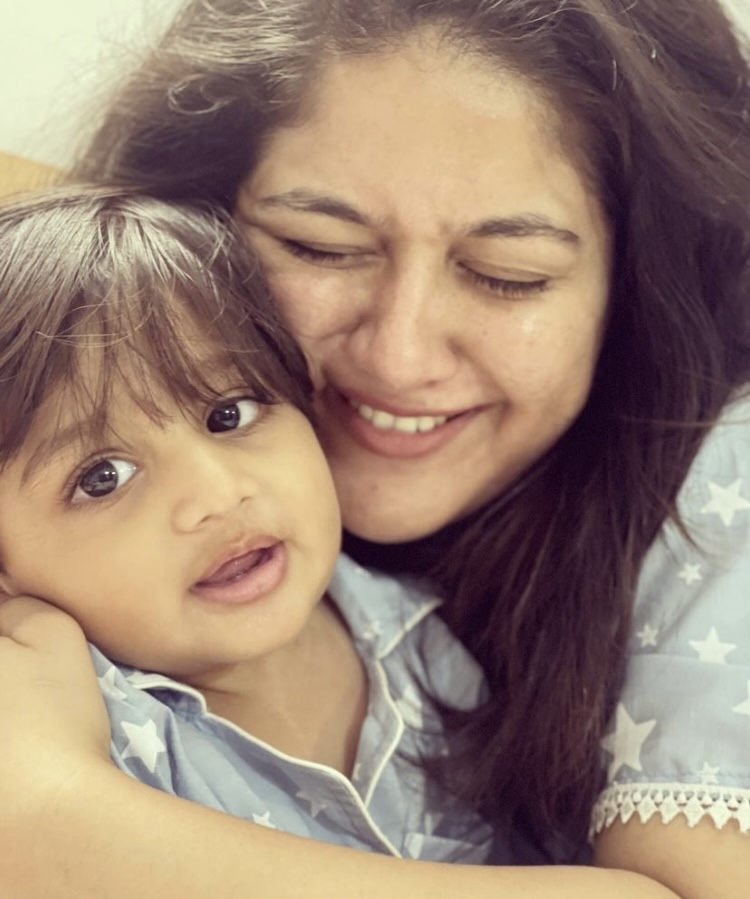 October 17, 2022, marked late Chiranjeevi Sarja’s 41st birth anniversary. Meghana Raj took to her IG handle and shared a throwback monochrome picture of the two. In the beautiful frame, both Meghana and Chiranjeevi were seen lost in each other’s embrace. Alongside it, she penned:

“Happy birthday my happiness! No matter what, no matter who… not one… not two… the reason I smile Is only for you… my dearest husband, CHIRU… I LOVE YOU! #ChiranjeeviSarja.” 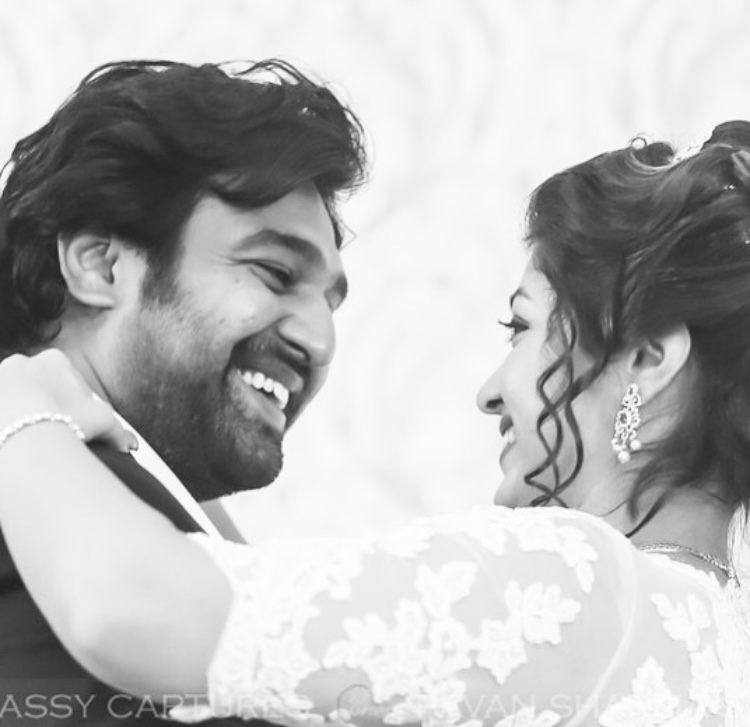 Earlier, on October 9, 2022, the 67th Filmfare Awards South had held in Bangalore. And Chiranjeevi was posthumously honoured with the Lifetime Achievement Award for his contribution to Kannada cinema. At that event, Chiranjeevi’s wife, Meghana, received the award on his behalf and got emotional on the stage while speaking about her late hubby. 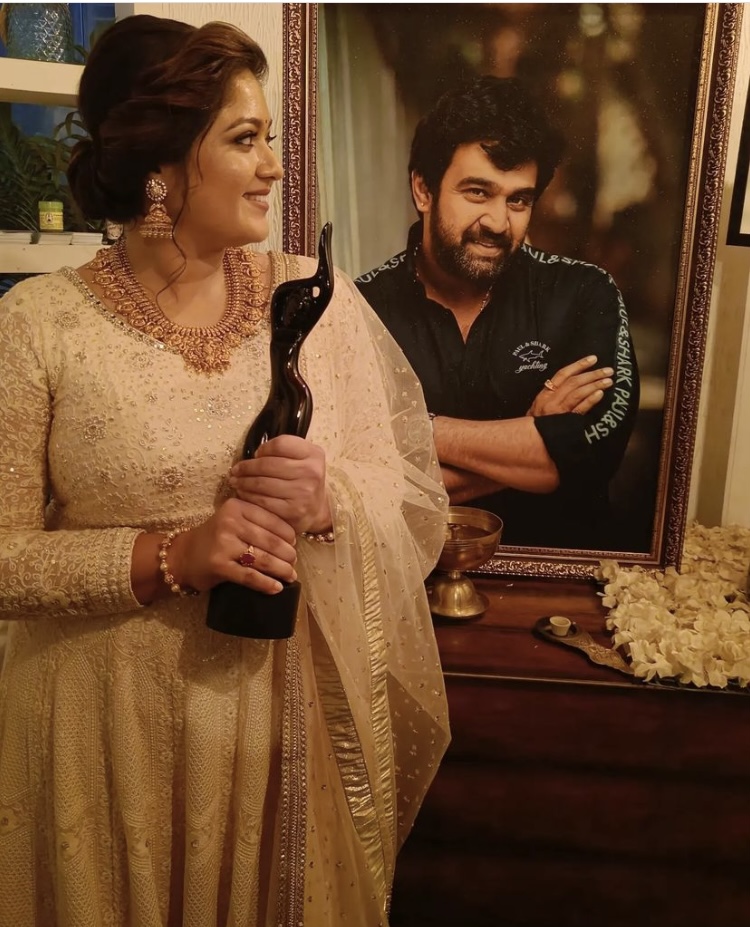 Not only this! She had taken to her IG handle and posted an array of pictures in which she was seen posing in front of Chiranjeevi’s portrait with their son, Raayan. Alongside, she had penned:

“Chiru your black lady is finally home! Can’t express how this feels… But, I have this image in my mind, how exactly you will react to having gotten this! I’m proud of you baby ma….this is for u being honest about who you are! People have loved you more off screen and this is exactly why you deserve this even more!” 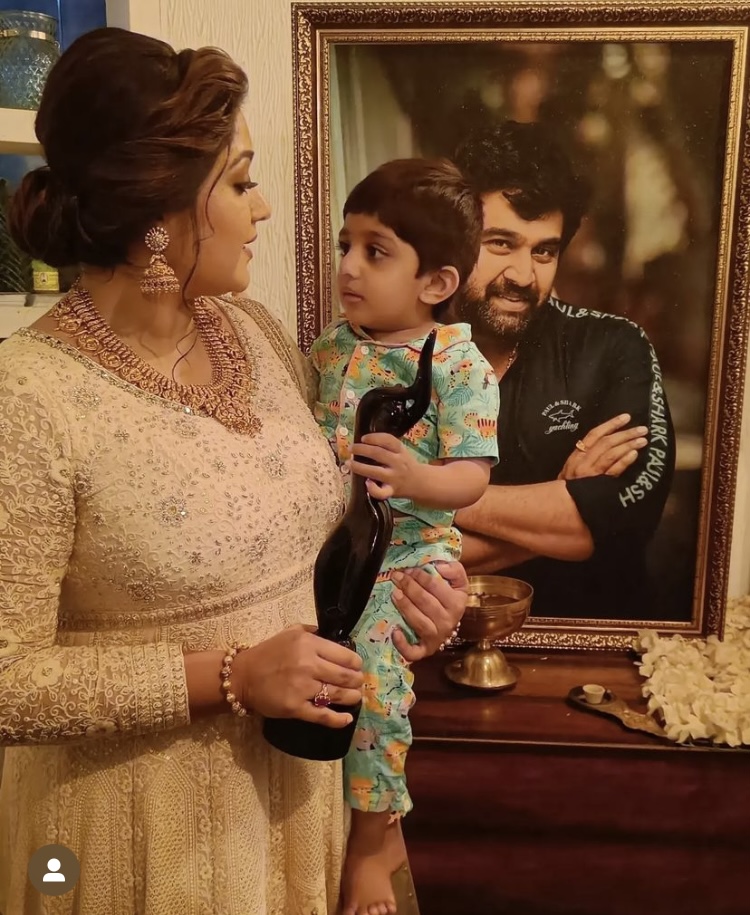 Chiranjeevi Sarja will always remain immortal in our memories!

Next Read: Vaishali Takkar Was Set To Get Married In December, Late Actress Was Planning To Do Wedding Shopping