From Anushka -Virat To Vicky-Katrina 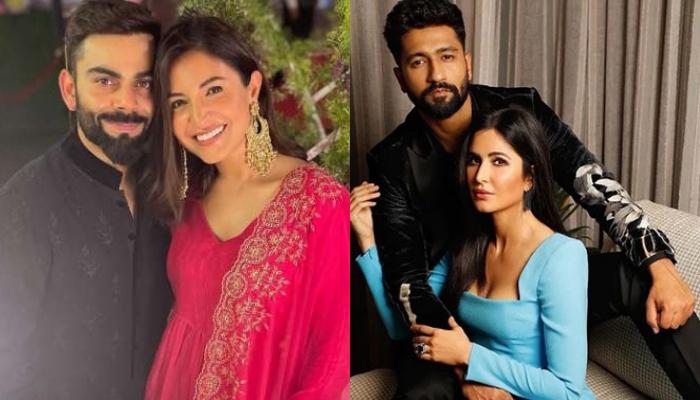 Bollywood holds a special place in Indian audiences’ hearts. Everything related to the glamour world attracts people, be it films, celebrities, controversies or relationships. Moreover, audiences become more inquisitive when it comes to celeb couples. From watching their mushy romance to their adorable PDA moments, everything looks surreal to their fans.

B-Town couples have their own distinct fan bases, who often call them with creative ship names like ‘Ralia’, VicKat’, ‘DeepVeer’, ‘Saifeena’ and more. Famous celeb couples have an enormous impact on the public, and therefore it is not surprising that brands are most interested in working with them for endorsements. Here’s the list of celeb couples who have come together for an ad. 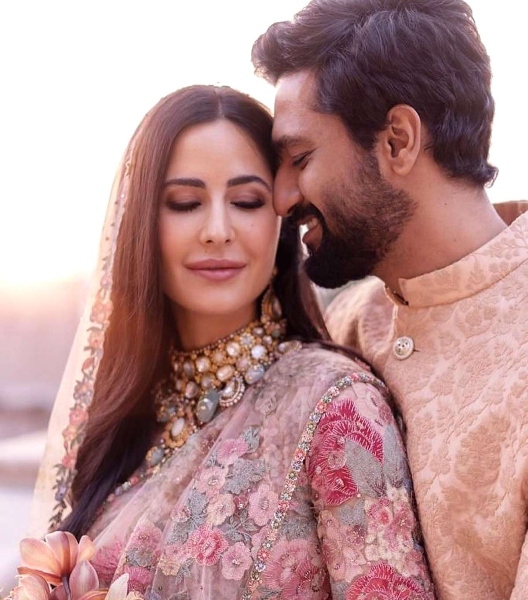 Vicky Kaushal and Katrina Kaif are one of the most loved couples in Bollywood. Ever since, the couple got married, they have been painting the town red with their romance and bond. For the unversed, the duo got into marital bliss on December 9, 2021. 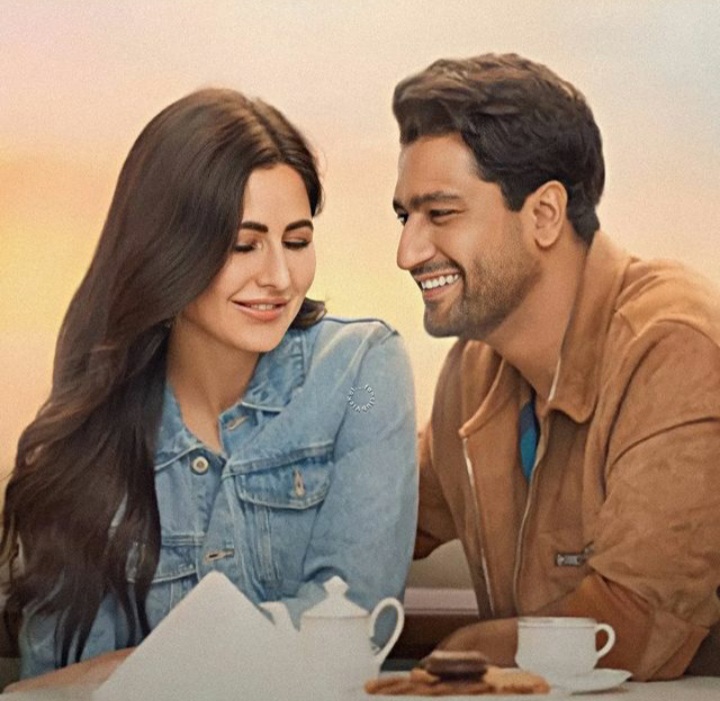 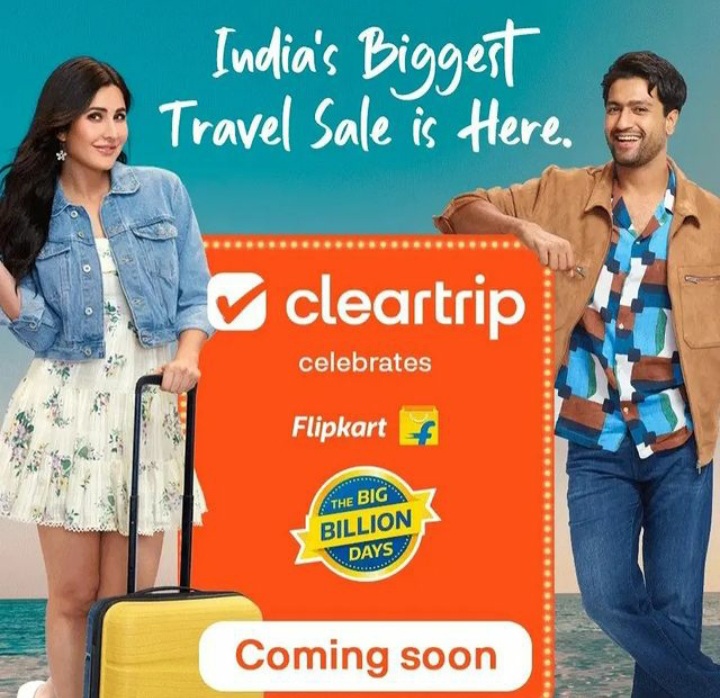 From the day, the couple made their relationship official, their fans have been waiting to watch them together onscreen. And to make their fans happy, the couple has collaborated with a brand for travel ad. The photos from Katrina and Vicky’s shoot have created quite a buzz on the internet. 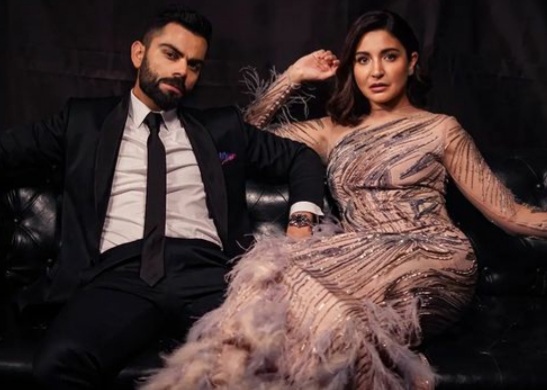 Virat Kohli and Anushka Sharma are regarded as the power couple of Bollywood. Their mushy romance and cute PDA moments have swooned away everyone. For the record, the couple got married on December 11, 2017, and embraced parenthood after the birth of their daughter, Vamika on January 11, 2021. 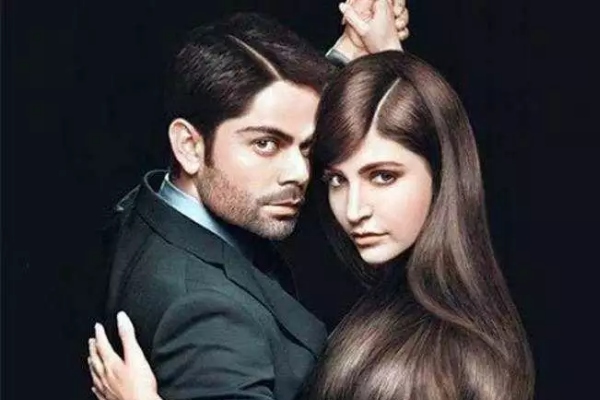 Interestingly, Virat and Anushka first met during the ad shoot for a shampoo brand in 2013. From then till now, the couple has appeared together in various ads. Right from collaborating on ethnic wear brand ads to interior design company ads, ‘Virushka’ has come together for multiple projects. Ranveer Singh and Deepika Padukone, famously known as ‘DeepVeer’, are among Bollywood’s most adorable couples. Their love story started on the sets of Sanjay Leela Bhansali’s film, Goliyon Ki Raasleela Ram-Leela has come a long way. After dating for almost six years, the couple tied the marital knot on November 14, 2018. 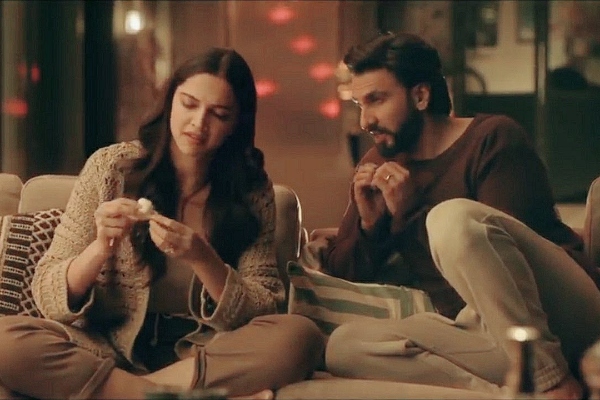 Watching ‘DeepVeer’ onscreen is nothing less than magic. Their sizzling chemistry and amazing acting skills spellbound everyone. Meanwhile, Deepika and Ranveer made their advertisement debut as a couple after their marriage for a telecom company. From then up until now, the couple has appeared in several ad films like e-commerce brand ads, air conditioner brand ads and more. The royal couple of Bollywood, Saif Ali Khan and Kareena Kapoor Khan always stun their fans with their dynamic chemistry. The duo got married on October 16, 2012 and are blessed with two kids, Taimur Ali Khan and Jehangir Ali Khan. 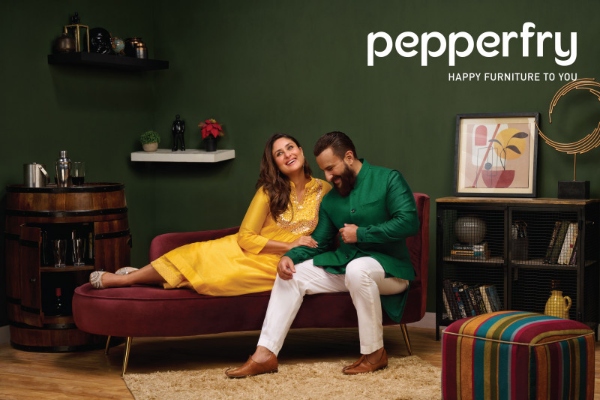 Shipped by fans as ‘Saifeena’, Saif and Kareena have worked on various ad films as couples. From baby wipes to bath soaps, from furniture to tanks and pipes, from vacation rental companies to travel baggage, the Pataudi couple has more numbers of ads to their credit. Kareena and Saif exude royalty, making them the most desirable couple for an ad shoot. 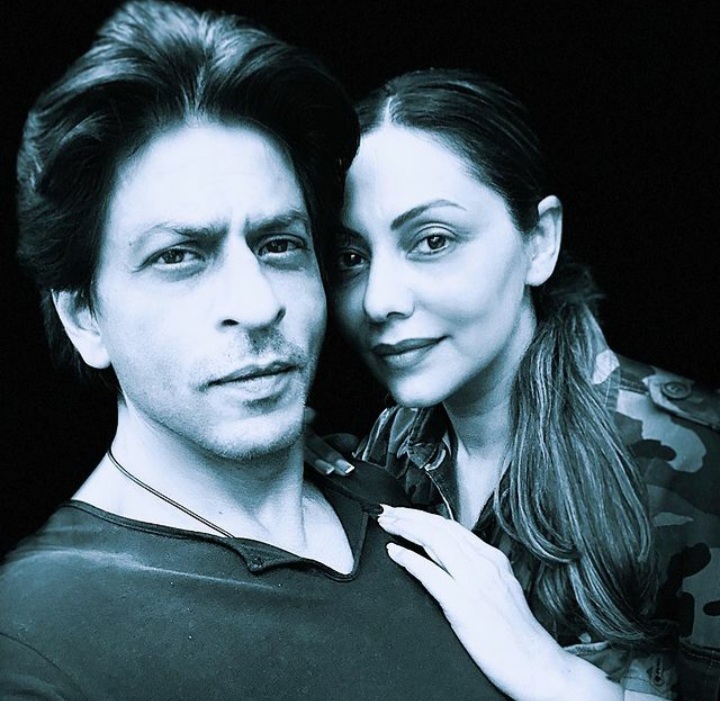 Shah Rukh Khan and Gauri are one of Bollywood’s most adorable and inspiring couples in Bollywood. The enchanting love tale of Shah Rukh Khan and Gauri Khan is unquestionably worth recounting in a time when weddings quickly lose their allure and couples struggle mightily to be together. For the unversed, the couple got married on October 25, 1991 and are blessed with three kids, Aryan Khan, Suhana Khan and AbRam Khan. 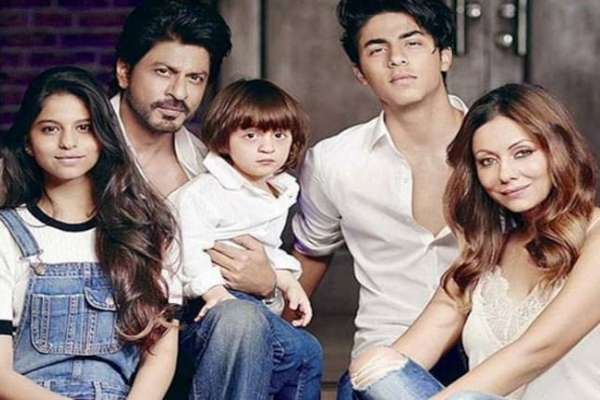 Having spent almost 30 years together, Shah Rukh Khan and Gauri Khan make the perfect couple in Tinseltown. And watching this evergreen jodi together onscreen is nothing less than a bliss for their fans. Meanwhile, Shah Rukh Khan and Gauri have appeared in various ad films together. From decor ads to electronic appliances ads, they have worked together on various projects. 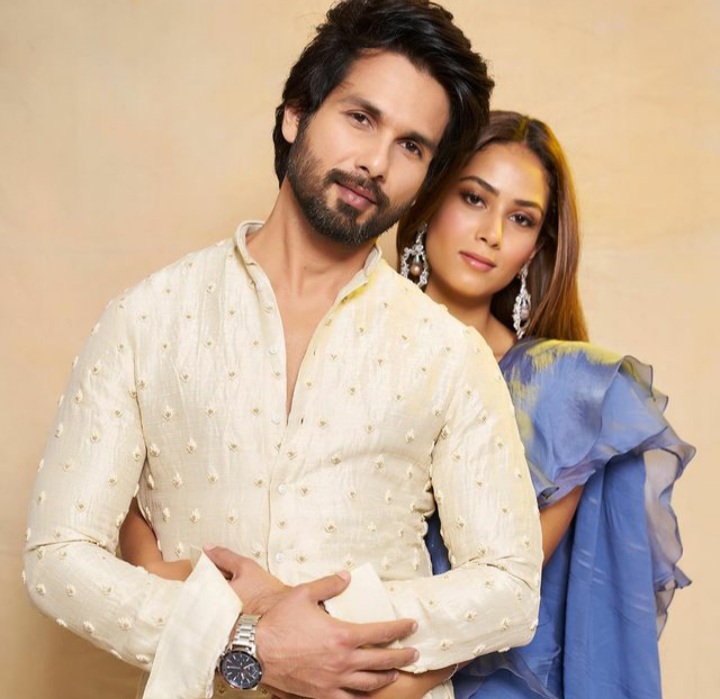 Shahid Kapoor and his loving wife, Mira Rajput Kapoor are among the cutest couples in B-town. The much-in-love couple never misses an opportunity to paint the town red with their mushy romance and cute PDAs. For the unversed, the couple tied the nuptial knot on July 7, 2015, and are blessed with two kids, Misha Kapoor and Zain Kapoor. 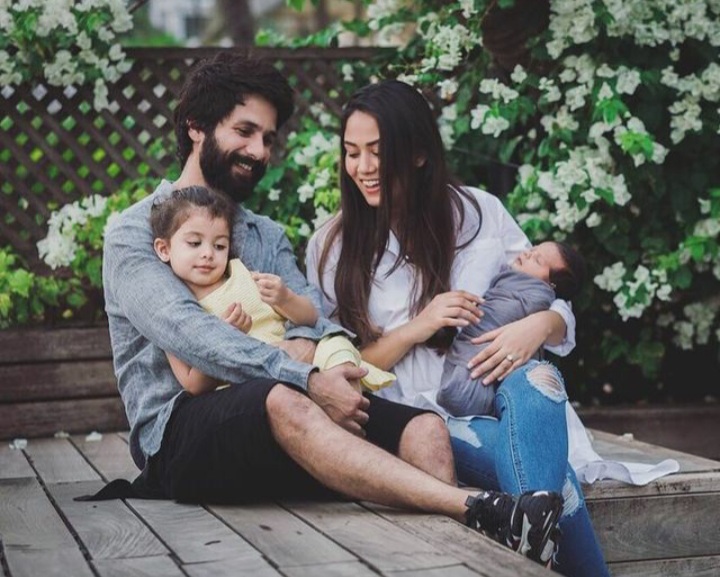 Shahid and Mira made their advertisement debut as a couple after their wedding for a home appliances company. On September 12, 2022, Shahid Kapoor had taken to his IG handle and shared a TV ad film featuring himself and his darling wifey, Mira. Atop it, he had written: 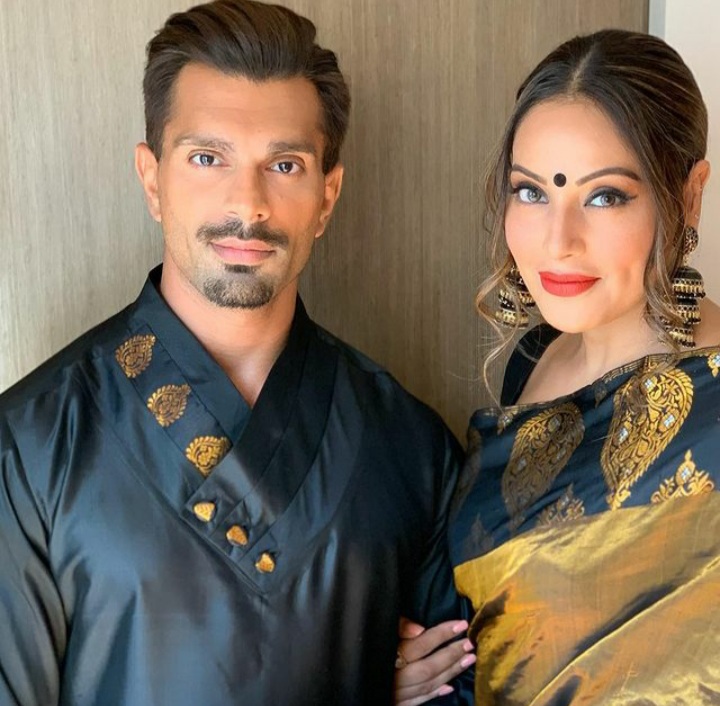 One of the hottest couples in Bollywood, Bipasha Basu and Karan Singh Grover often swooned their fans with their mushy romance. For the unversed, the couple got married on April 30, 2016. Talking about the ad film, Karan and Bipasha have worked together for a condom brand ad. Together, the couple had raised the temperature with their sizzling chemistry. We adore Bollywood celebrity couples and their mesmerising bond. So who is your favourite B-town celeb couple? Let us know!

You May Like: Queen Elizabeth’s 500 Million Dollar Net Worth: Her Income, Assets And Next Inherent Of Her Fortune