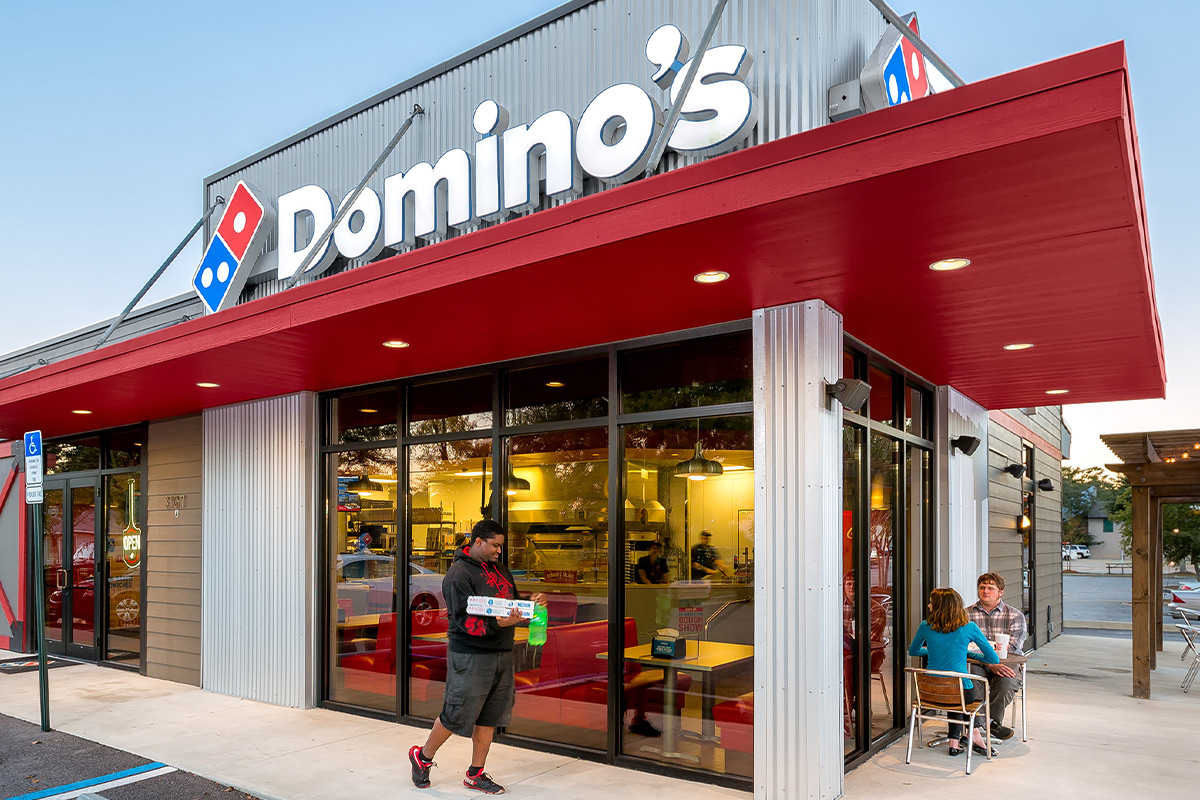 “What is new and what they should be congratulated for is we’ve emerged now as the No. 1 carryout brand,” Mr. Weiner said. “And so, from a total pizza market share standpoint, we’re up 200 basis points versus three years ago, and that’s just an amazing accomplishment.”

“As you know, while Domino’s started as a pizza delivery company, we began targeting the carryout segment with specific offers in 2011,” Mr. Weiner said. “That effort has paid off as NPD share data shows that we became the No. 1 carryout pizza brand in the US at the end of last year. We continued to grow the carryout business in the third quarter.”

Investors showed enthusiasm the day Domino’s results were announced. The Ann Arbor-based company’s stock traded as high as $335.92 on the New York Stock Exchange on Oct. 13, jumping 11% from the previous day’s close of $301.76.

Quarterly sales reached $1.07 billion, up 7% from $998 million in the same period of the previous year.

In the first two quarters of 2022, Domino’s contended with a dearth of delivery drivers. Mr. Weiner said the company saw progress throughout the quarter resulting from its initiatives in this area. While Domino’s only has visibility to its corporate stores, the number of job applications and new hires has increased throughout the year, the company said.

“And at the end of the quarter, we were more or less back to 2019 levels as far as applications and new hires per week,” Mr. Weiner said. “Staffing remains a constraint, but my confidence in our ability to solve many of our delivery labor challenges ourselves has grown over the past few quarters. Our delivery service also showed improvement throughout the quarter. While we still have work to do to get back to our high standards for delivery service, I am encouraged by the progress we’ve made so far.”

“During the third quarter, the average price increase that was realized across our US system was 5.4%,” Mr. Reddy said. “We will adjust our carryout mix and match deal from $5.99 to $6.99 on Oct. 17. As a result of this update, we expect the realized pricing to increase to approximately 7% in the fourth quarter.”

Domino’s has been retooling efficiencies in its cost structure to ensure revenues consistently grow faster than expenses, Mr. Reddy said.

“We saw a sequential improvement in the year-over-year contraction of operating income margin as a percentage of revenues from 180 basis points in Q2 to 160 basis points in Q3. We need to continue this trend.”

The company realized a sequential improvement in US same-store sales from a drop of 2.9% in the second quarter to a gain of 2% in the third quarter, mostly driven by a smaller decline in order count.

“Excluding the negative impact of foreign currency, global retail sales grew almost 5% for the quarter, resulting in a three-year stack of plus

Subsequent to the end of the third quarter, Domino’s sold 114 company-owned stores in Arizona and Utah to franchisees for $41.1 million and it expects to record a gain on this transaction in the fourth quarter of 2022. The accounting for this transaction was still in process on Oct. 13.