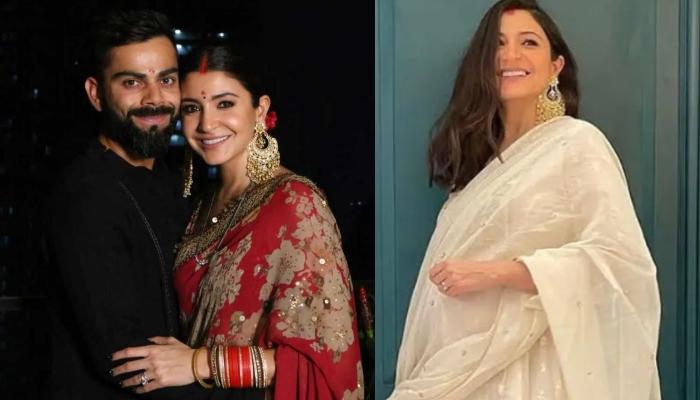 The power couple, Anushka Sharma and her darling hubby, Virat Kohli never leave a chance to win our hearts with their mushy romance and public appearances. For the unversed, Virat and Anushka tied the knot on December 11, 2017, in Tuscany, Italy, amidst close family and friends. And on January 11, 2021, the couple embraced parenthood for the first time with the arrival of their daughter, Vamika Sharma Kohli into their lives.

Even after becoming doting parents,  Virat and Anushka keep giving couple goals with glimpses of their happy lives together. For instance, recently Virat was spotted with his teammates on a bus while, he was seen busy on his phone. Soon, Virat showed his mobile screen towards the crowd, wherein he was seen video-calling his wife, Anushka Sharma. The adorable moment was enough to speak volumes about the duo’s love for each other. Check it out:

Recommended Read: Sanjay Kapoor Celebrates His 57th Birthday In Dubai, Shares Inside Glimpses From The Bash

A few moments back, Anushka Sharma took to her IG stories and shared a beautiful picture of herself. In the picture, she looked stunning in a white-coloured cotton kaftan kurta and paired her look with natural makeup and a bindi. In addition, she was also seen flaunting her sindoor-smeared forehead and radiated pure bridal vibes. Atop it, she penned, “Hi”. 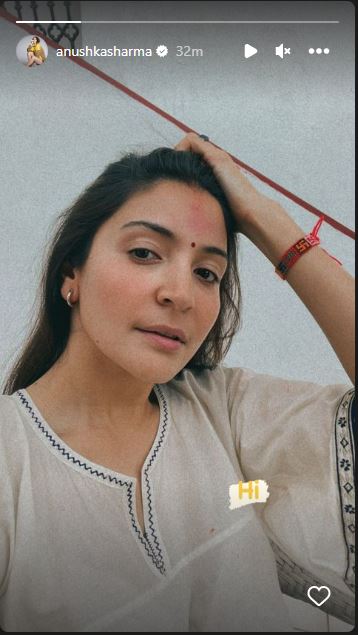 Every year since their wedding, Virat and Anushka have been delighting their fans with beautiful glimpses from their Karwa Chauth celebrations. For instance, on October 18, 2019, Virat and Anushka had taken to their respective Instagram handles and posted a breathtakingly awesome picture from their second Karwa Chauth celebrations. While Anushka looked beautiful in a red saree, Virat opted for a black kurta pyjama. Alongside it, Anushka wrote, “My partner for lifetime and beyond and my fasting partner for the day. Happy Karvachauth to all.” While sharing the same picture, Virat had written:

“The ones who fast together laugh together. Happy Karvachauth” 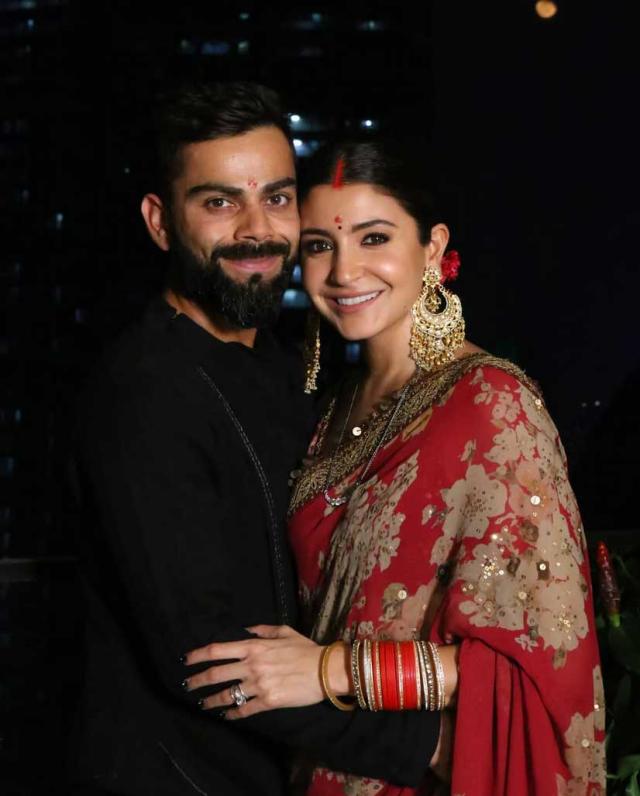 Not only this, the couple had also shared a mesmerising picture from Chand darshan from their first Karwa Chauth in 2018. Taking to their respective IG handles, Anushka Sharma and Virat Kohli shared a cheeky photo of the celebration ever since they got married. As Anushka looked gorgeous as ever in a yellow-hued saree, Virat was donning another black outfit on the day. They were seen posing with a beautiful moon in their frame. Check it out: 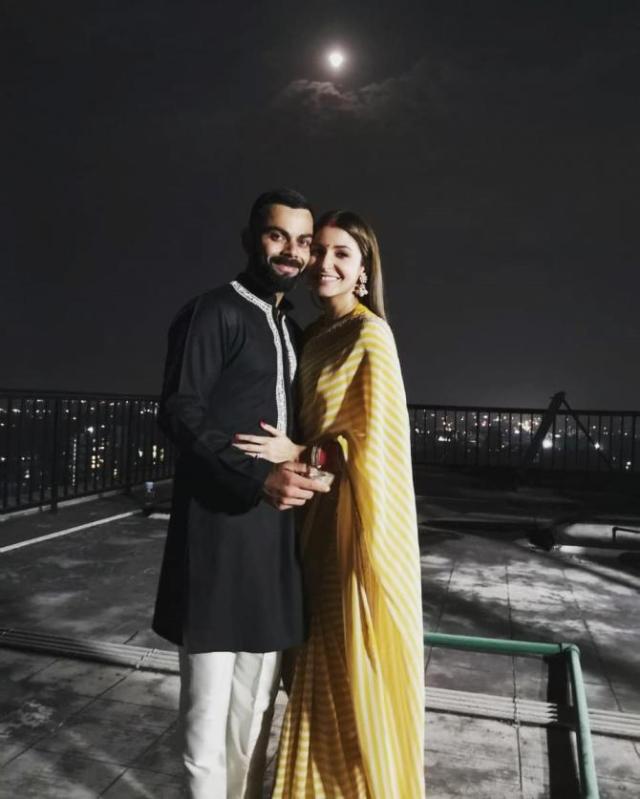 We are in love with Anushka’s graceful picture. What about you? Let us know!