Popular actor, Ayushmann Khurrana and his wife, Tahira Kashyap are leading all the headlines after they gave a lovely Diwali party to their friends from the film industry. The entire B-town is talking about the lavish party that Ayushmann and Tahira organised for them on October 16, 2022. Apart from winning his guests’ hearts for giving them a night to remember, Ayushmann is also receiving a lot of appreciation for his recently-released film, Doctor G. In the film, the handsome actor portrays the character of a gynaecologist, ‘Dr Uday Gupta’.

The movie succeeds in portraying his journey from being a lone student in the gynaecology department to the struggles he faces even after becoming a gynaecologist. The film, Doctor G is directed by Anubhuti Kashyap, who is the brother of critically-acclaimed director, Anurag Kashyap. Apart from the extremely-talented Ayushmann Khurrana, the movie also features Rakul Preet Singh, Shefali Shah, Sheeba Chaddha, and many more in important roles.

Recommended Read: Vinny Arora Dhoopar Shares A Cutesy Picture With Her Son, Zayn, Twins With Him In Yellow Ensemble 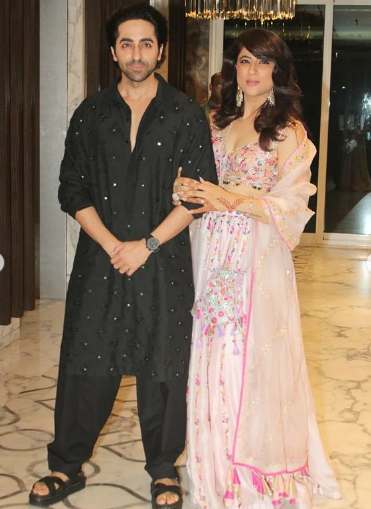 On October 16, 2022, Ayushmann Khurrana and his wife, Tahira Kashyap organised a star-studded pre-Diwali party at their Mumbai residence. If reports are to be believed, the actor decided to host this party after his recently-released film, Doctor G, also performed quite well at the box office and continues to receive praise from the critics. Talking about the hosts, Ayushmann and Tahira’s respective looks for their party won everyone’s hearts. While the actor raised the temperature with his looks in a black kurta-pyjama, his wife looked gorgeous in a pink lehenga. Ayushmann’s brother, Aparshakti Khurana and his wife, Akriti Khurana also looked the cutest. The newly-wedded couple, Ali Fazal and Richa Chadha stole the limelight with their presence at Ayushmann Khurrana and his wife, Tahira Kashyap’s Diwali party. The much-in-love couple looked stunning in their respective outfits. While Richa looked simply out of this world in her unique metallic silver gown and dainty jewellery, her darling husband looked hot in his white kurta and denim.

Bollywood actor, Kartik Aaryan is currently one of the highest-paid actors in the film industry, and his presence at Ayushmann Khurrana’s Diwali party was much-awaited. Hence, when he appeared at the bash, the actor received a huge cheer from the paps, who were stationed outside Ayushmann’s home.

The actor looked handsome in a blue-coloured silk kurta and white pyjamas. Kartik’s alleged girlfriend and gorgeous actress, Kriti Sanon also appeared at the party and raised the temperature with a saree dipped in white and gold colours, along with a strapless white bralette-style blouse.

You May Like This: Kajol Relishes A Snack Prepared By Son, Yug Devgan, She Rates It As ‘Aesthetic And Seriously Yummy’

Another married couple, who made heads turn with their appearance at the Diwali party, was Varun Dhawan and his wife, Natasha Dalal. The actor chose the colour orange for his silk kurta, which he paired with a beige dhoti. However, his wife complemented her darling husband in a blue-coloured saree and a strappy blouse in the black colour.

The gorgeous actress, Ananya Panday gave festive outfit goals to everyone, as she stunned in a peach-coloured bralette that was well-paired with a floral printed lehenga that simply stole all the limelight. The actress looked gorgeous and was probably the most stunning actress at Ayushmann Khurrana and Tahira Kashyap’s Diwali party. The actress was also spotted with Karan Johar and Manish Malhotra, who looked dapper as they aced their traditional attire game perfectly. While the filmmaker opted for a black kurta-pyjama, the fashion designer donned a printed jacket with straight pants. The trio looked great together as all of them exuded pure festive fashion goals. Ayushmann Khurrana also invited his Doctor G co-star, Rakul Preet Singh, to the Diwali party, and the latter looked beautiful in a neon-coloured sharara set. Another actress, who put her best fashion foot forward on the night was Taapsee Pannu, who opted for a red saree. The lovely couple, Angad Bedi and his wife, Neha Dhupia Bedi were also invited to the party, and the lovebirds caught everyone’s attention for their lovely outfits. Another couple, whose presence was duly cheered by the paparazzi, was the television star, Shaheer Sheikh and his wife, Ruchikaa Kapoor. The much-in-love couple posed alongside Nushrratt Bharuccha, who raised the temperature in a unique green-coloured outfit with prints all over it. 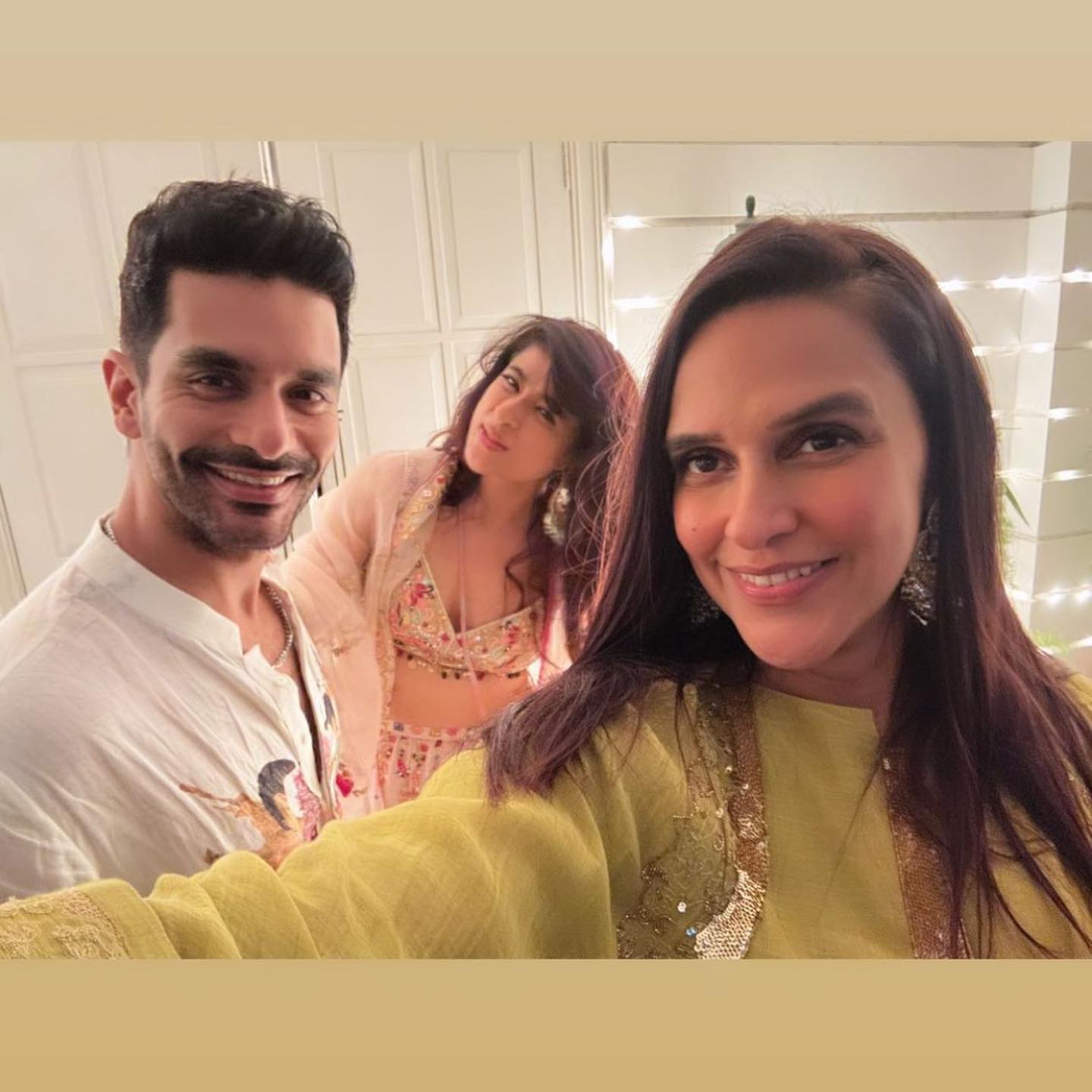 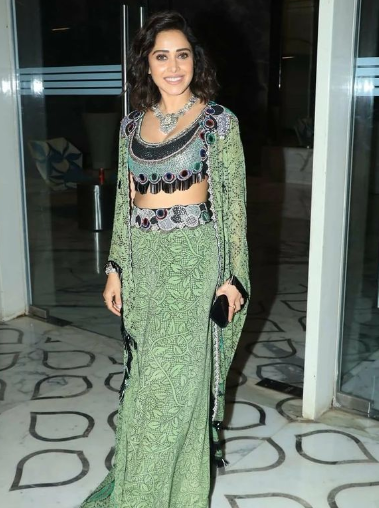 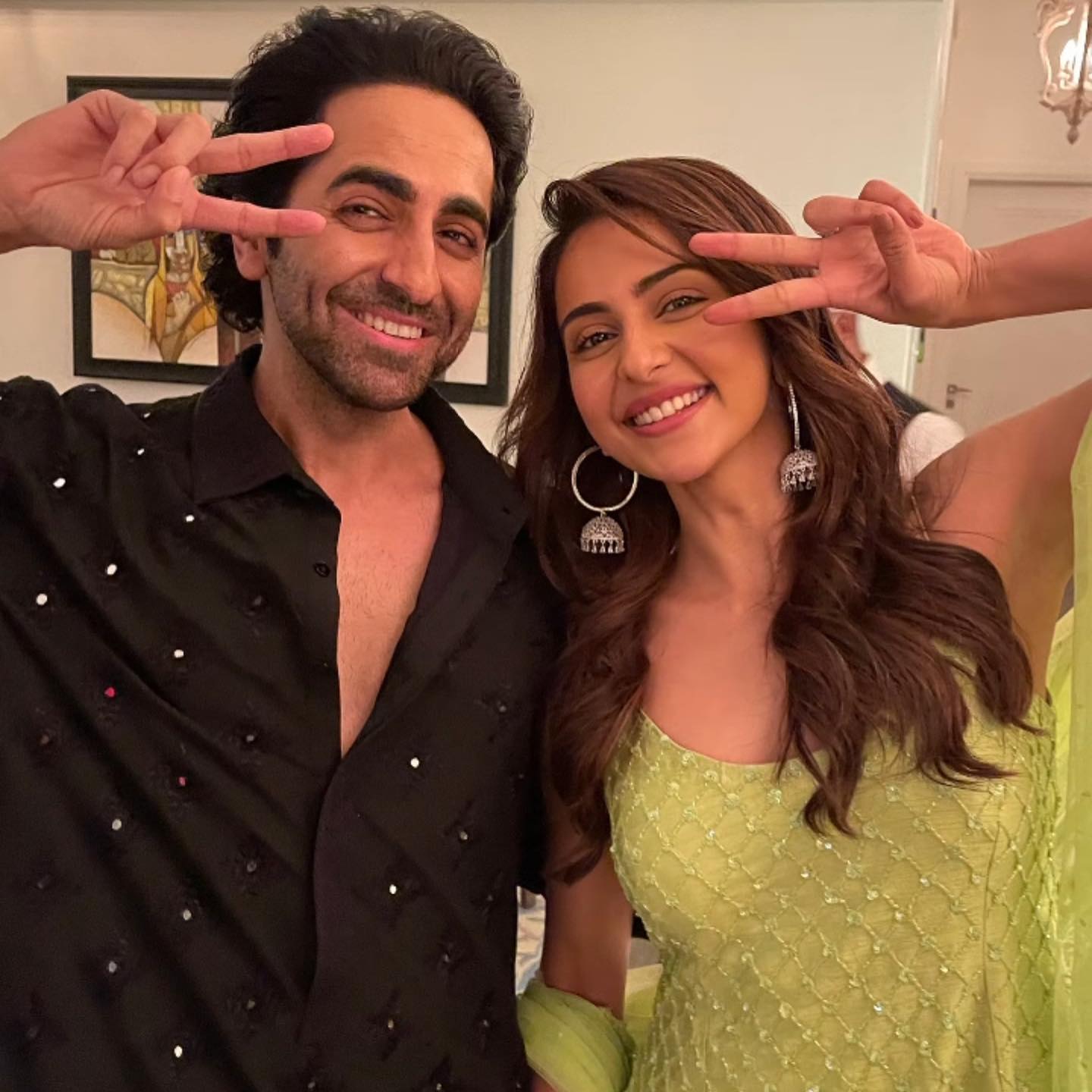 Well, Ayushmann Khurrana and Tahira Kashyap’s Diwali party was nothing less than an awards ceremony filled with renowned celebrities of the B-town. What do you think? Let us know.