Bollywood’s badshaah, Shah Rukh Khan and his darling wife-cum-renowned interior designer, Gauri Khan never miss a chance to set pure family goals. Apart from their stunning professional lives, the couple is often spotted cheerleading their kids on their most special days. For the unversed, Shah Rukh and Gauri embraced parenthood for the first time with their elder son, Aryan in 1997 and in 2000, they welcomed their princess, Suhana Khan into their lives. Finally, after 13 years, the duo welcomed their third child, AbRam via surrogacy.

A few hours ago, Shah Rukh Khan along with his wife, Gauri Khan and their kids, Aryan Khan, Suhana Khan and AbRam Khan were spotted at the entrance of the Bandra-Kurla Complex. The darling family was present over there to attend the taekwondo competition of the most youngest member of the family. While Suhana and Gauri looked stunning, Aryan and his dad looked handsome in their respective ensembles. And AbRam was papped in his uniform. Check out:

On October 16, 2022, Shah Rukh Khan’s younger son, AbRam Khan won a gold medal in the Taekwondo interclass competition at Kiran’s Taekwondo training academy. As a few glimpses made their way to social media, we can see the little champ diligently playing and making his parents proud. Finally, as AbRam could bag the winning trophy of his age group competition, his doting daddy was seen felicitating him. Check out the stunning glimpses: 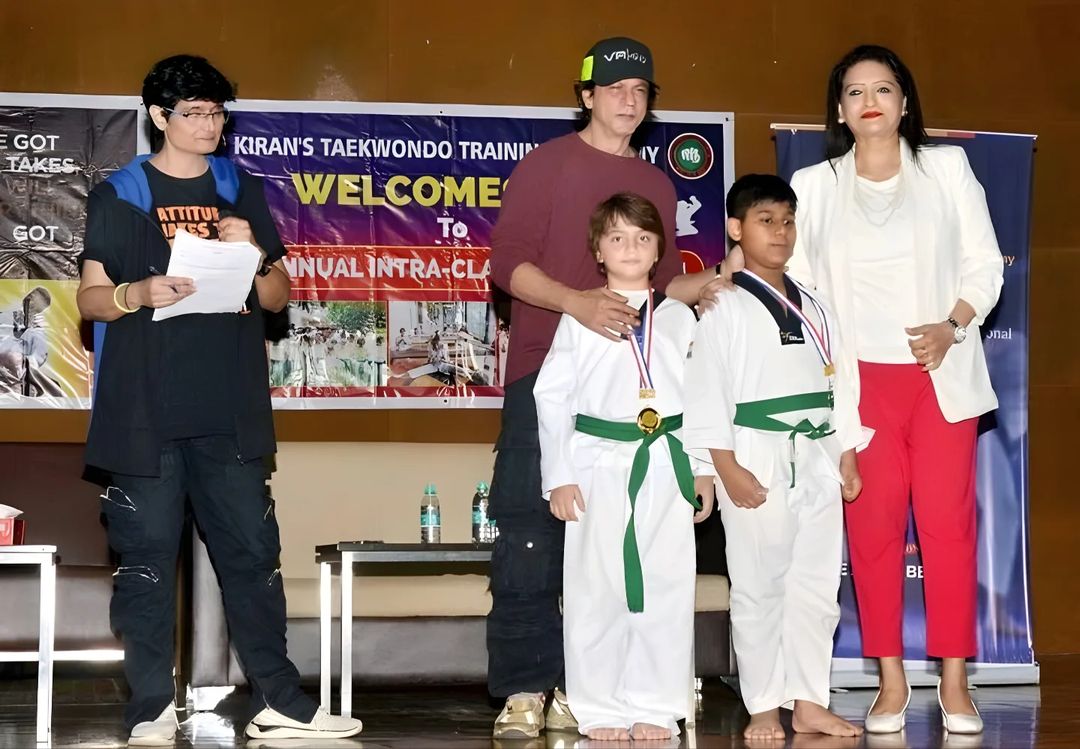 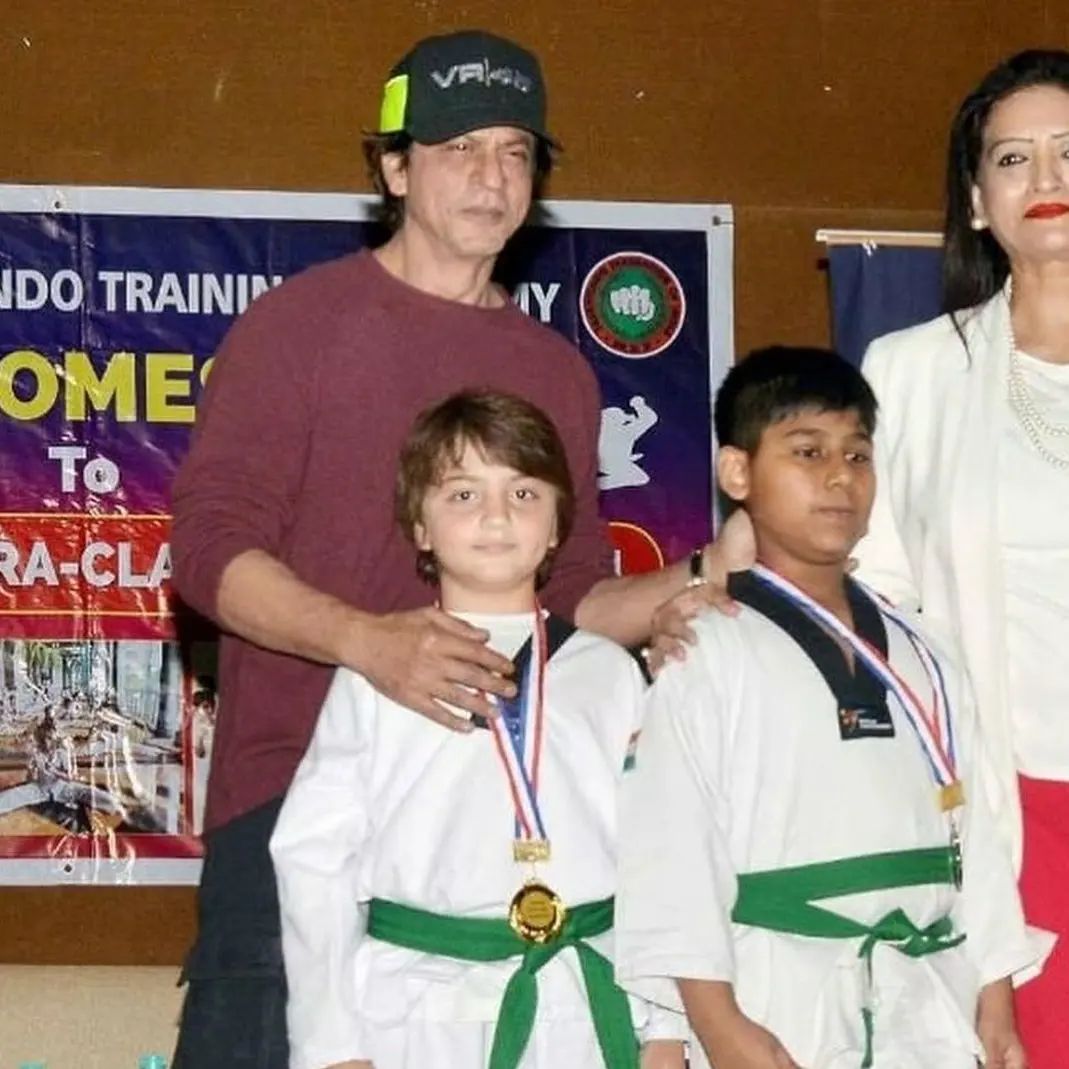 Earlier, on September 19, 2022, AbRam was spotted in his Karate class. He was dressed in a white round-neck t-shirt with a matching pair of pants while doing some warm-up before the session. For the unversed, the star kid is following the footsteps of his elder brother, Aryan, who is also trained in karate and martial arts.

Shah Rukh Khan shares a beautiful bond with each of his kids. Proof of the same is found in his social media appearances and interviews. For instance, in an interview with the DNA, Shah Rukh had talked about his little son, AbRam. He revealed how he loves chilling with him, unlike his other kids, Aryan and Suhana. He had said:

“I think he loves being around me. Unlike Suhana and Aryan, he is more people-friendly. He gets happy seeing my fans. On my birthdays, he would just come out to the balcony every hour. The fans keep screaming my name and he comes running to me and says, ‘Papa, peoples have come. Let’s go meet them’. He calls them ‘peoples’ and then, he drags me out because he enjoys waving out to them. He’s a smart, intelligent kid and extremely fun to be with. And with him, I become a kid myself.” 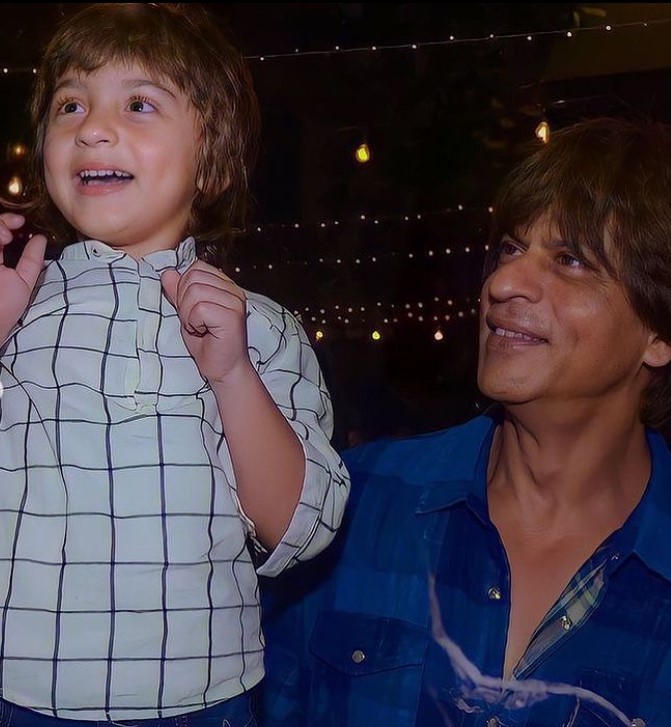