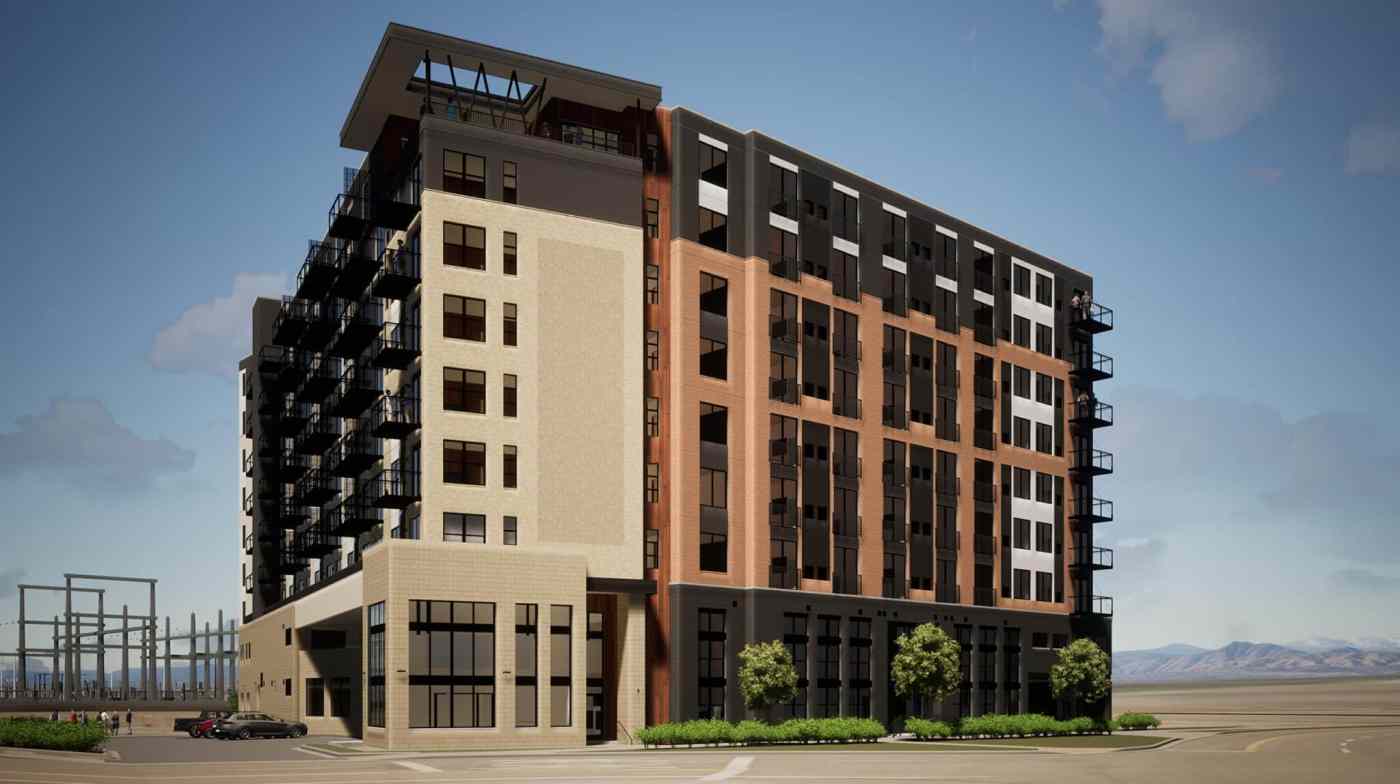 A parking lot south of Mile High stadium has been sold and an apartment development is planned.

Minneapolis-based Mortenson, a major general contractor that also does some development work locally, purchased the 0.9-acre 2506 W. Colfax Ave. lot in recent days for $3.7 million, according to public records. The deal works out to $95 a square foot.

Mortenson Vice President of Real Estate Development Taber Sweet told BusinessDen the company plans to build an eight-story, 200-unit apartment building at the site. The site development plan submitted to the city calls for two levels of parking to be incorporated into the structure.

“Our goal is to break ground the first week of February,” Sweet said, noting that depends on the city’s plan review process.

This is the one of two projects that Mortenson is developing locally. The other is along Walnut Street in RiNo, where the company plans to build itself an office building on land it bought for $4.9 million last December.

The lot near Mile High was sold by the Sun Valley EcoDistrict Trust, a nonprofit master developer that aims to spur development that will benefit the neighborhood located between I-25 and Federal Boulevard south of the stadium. The trust purchased the property from the Denver Housing Authority in 2020 for $2.15 million, records show.

The property is adjacent to the South Platte River. Just to the east is Meow Wolf, Raices Brewing Co. and the Steam on the Platte office building, which sold last year. Sweet noted it’s also located within a federally designated opportunity zone, which can make projects eligible for preferential tax treatment.

Just down Colfax to the west, behind sports bar The Original Brooklyn’s, Atlanta-based developer Wood Partners paid $6.3 million in December for a 1.29-acre site where the company plans to build an apartment complex.