Akshay Kumar Calls Out People Who Claims He Owns A Private Jet Worth Rs. 260 Crores 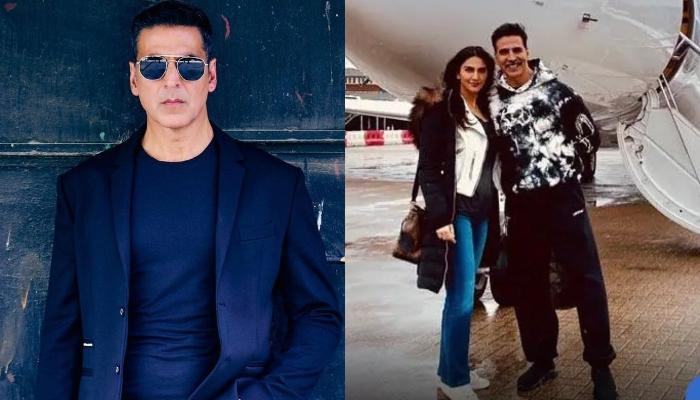 Bollywood actor, Akshay Kumar often falls prey to gossipmongers and media mills churning rumours around him. From demanding super expensive fees to owning a private jet, Akshay often makes headlines for his luxurious lifestyle. However, this time, the actor decided to call out people making false claims by taking his name.

For the unversed, Akshay Kumar is known as the Khiladi of Bollywood. He is famous for playing the role of action hero in his many films, courtesy of his martial arts training. The actor is married to Twinkle Khanna, who is the daughter of late actor, Rajesh Khanna and Dimple Kapadia. The couple are parents to two children. Talking about Akshay, he has been a part of World’s highest paid actor list, and he takes immense pride in it. Recently, an entertainment portal claimed that the actor owns a private jet and they also added that it is worth Rs. 260 crores. Well, this didn’t go down well with Akshay and he decided to call out the people. Akshay took to his Instagram handle and posted an IG story. He wrote:

“Liar, Liar…pants on fire! Heard this in childhood? Well, some people have clearly not grown up, and I’m just not in a mood to let them get away with it. Write baseless lies about me, and I’ll call it out. Here, a Pants on Fire (POF) gem for you.” 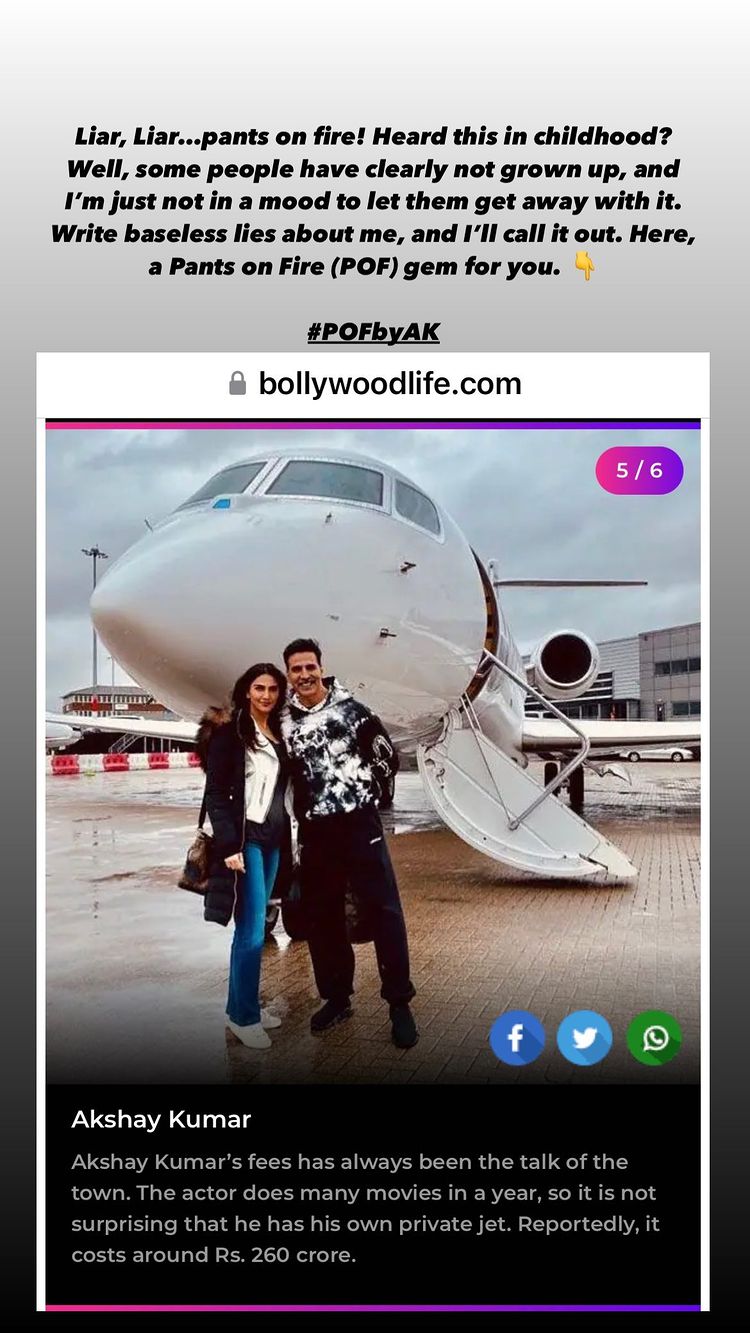 Coming back to Akshay and Twinkle’s love story, they met during a shoot for the Filmfare magazine, in Mumbai, where Akshay had developed an instant crush on Twinkle. In one of his interviews with the Filmfare, the actor had confessed the same and had said:

“I met Twinkle for the first time during a photo session with Jayesh Seth for Filmfare. I still have that photograph. Thank you, Filmfare!” However, it was actually during the shooting of their film, International Khiladi, when the two had fallen for each other, and the rest is history. Well, kudos to Akshay for calling out the media mills churning false stories!