Dhanush And His Ex-Wife, Aishwaryaa Rajinikanth Decided To Put A Hold On Their Divorce? 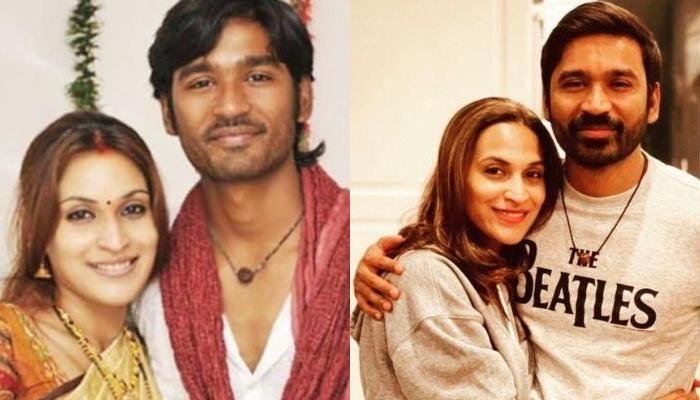 Love is one of the most beautiful feelings in the world. And taking a step ahead and getting married is the best moment in any couple’s life. However, when that beautiful relationship breaks, it ends not only one relationship but an entire family. The same happened when south superstar, Dhanush and his ex-wife, Aishwaryaa Rajinikanth had announced their separation earlier this year in January. For the unversed, Dhanush and Aishwaryaa had tied the nuptial knot in 2004. The duo is blessed with two kids, Yatra Raja and Linga Raja.

Meanwhile, it was on January 18, 2022 when Dhanush and Aishwaryaa had announced their separation. The ex-couple had taken to their respective social media handles and shared a long note. Expressing their feelings in their separation note and asking people to give them privacy to deal with this, the couple had penned:

“18 years of togetherness as friends, couple, as parents and well-wishers to each other. The journey has been of growth, understanding, adjusting and adapting… Today we stand at a place where our paths separate… Aishwaryaa and I have decided to part ways as a couple and take time to understand us as individuals for the better. Please do Respect our decision and give us the needed privacy to deal with this.”

Recommended Read: Deepika Padukone Rushed To Hospital After She Complained Of Feeling Uneasy 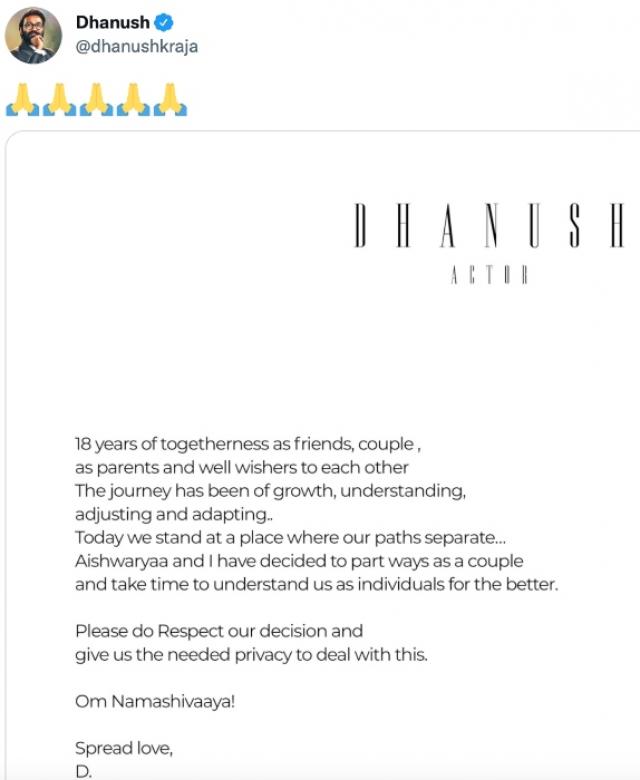 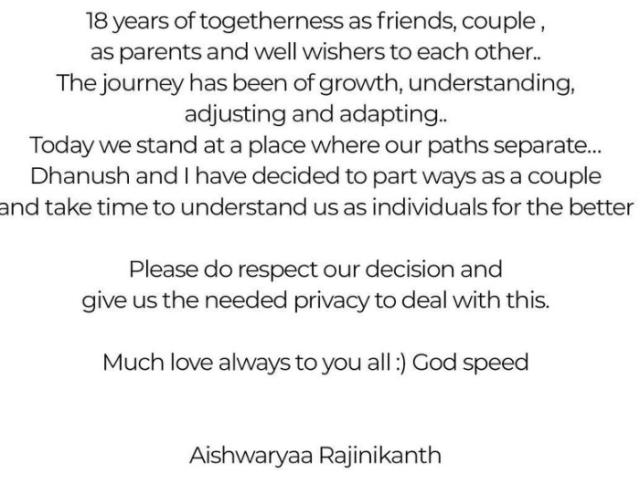 Now, it seems like there is some good news for the fans of Dhanush and Aishwaryaa have decided to give their marriage a second chance. According to a report by Tollywood.net, the couple has decided to put their divorce on hold and try to solve their personal issues. If reports are to be believed, then Dhanush and Aishwaryaa’s families had a meeting at Rajinikanth’s home, where it was decided that the couple should try to make things work and sort out their marriage issues. 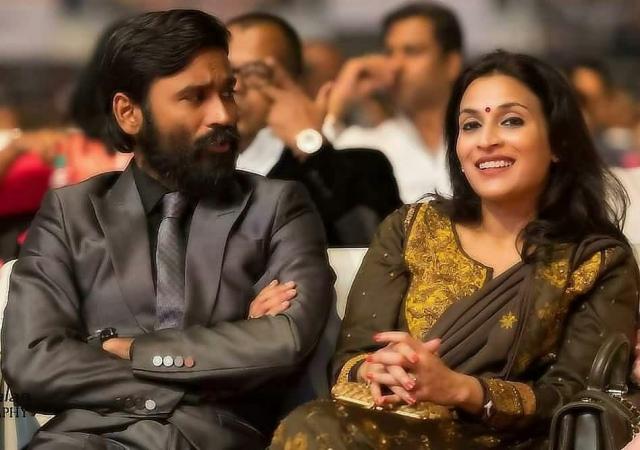 Meanwhile, As soon as Dhanush and Aishwaryaa had announced their separation, several reports about the reason behind the same had made their way into the media. According to a report in India Today, Dhanush and Aishwaryaa’s wedding hit a rough patch because of their hectic work schedule. The report had also mentioned that Dhanush is a workaholic, and it took a toll on his family life. The portal quoted its source as:

“Dhanush is a workaholic. Anyone who knows him can tell that he puts his work before anything else. There have been many instances when his work commitments – travelling between cities and outdoor film shoots – have taken a toll on his family life.”

You May Like: Shahid Kapoor And Mira Rajput Kapoor Finally Shift To Their Duplex Home In Worli Worth Rs. 58 Crores We hope Dhanush and Aishwaryaa sort out their problems and get back together!