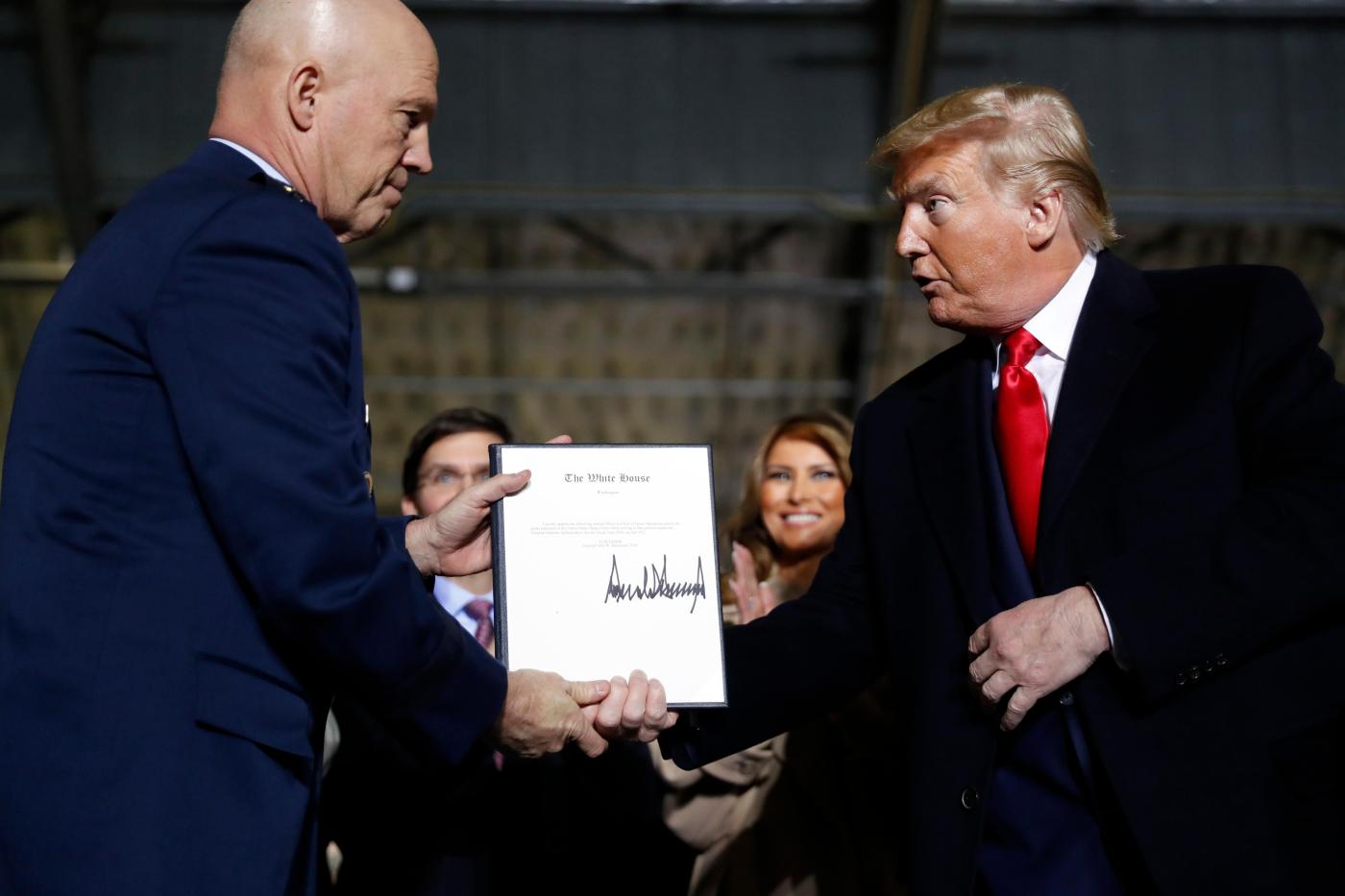 A Colorado Springs company has won a $187 million contract with U.S. Space Command, which could be leaving Colorado for a permanent home in Alabama.

Delta Solutions and Strategies, a Colorado Springs-based defense contractor, has landed a five-year contract to provide services and support to Space Command headquarters. The contract is the largest ever for the company, which was started in 2000.

“It’s a game changer for us,” said Mark Stafford, president and CEO of the service-visabled veteran-owned business.

The company will provide 155 people to work on the contract, with 82 coming from Delta Solutions and the rest from the company’s business partners in Colorado Springs. The work will include intelligence, logistics, communications and war-game exercises, said Scott Anible, the chief operating officer.

It’s just not clear where the headquarters will be. Defense officials said in January 2021 that Redstone Arsenal in Huntsville, Ala., not Peterson Air Force Base in Colorado Springs, will be the permanent location.

“Delta Solutions is ready to support in either location or in both locations if that happens,” Stafford said.

Space Command is a combatant command of the Department of Defense and is responsible for military operations in space. Peterson Air Force Base in Colorado Springs was made Space Command’s temporary headquarters and then its provisional headquarters.

But defense officials announced in the waning days of the Trump administration the Redstone Arsenal in Huntsville, Ala., as the choice for the permanent location. Colorado was considered the frontrunner for the permanent site, with four of the six finalists in 2019. In 2020, Peterson was the only Colorado location among the candidates.

A final decision on the Space Command’s permanent headquarters is expected in the fall, according to the Colorado Springs Chamber of Commerce.

Colorado elected officials across the political spectrum have denounced the selection of Huntsville as a political move. In January 2021, Colorado Springs Mayor John Suthers, a Republican, said outgoing President Donald Trump chose Alabama to reward Sen. Tommy Tuberville, one of the senators who challenged certification of the presidential election results to favor Trump.

In August 2021, Trump told the host of a syndicated radio show in Alabama that he single-handedly said, “Let’s go to Alabama” with the Space Command headquarters.

A heavily redacted report by the Defense Department’s inspector general said the U.S. Air Force considered several criteria when it chose Alabama. However, a report released by the federal Government Accountability Office in June gave the selection process low marks for impartiality, credibility and documentation.

The GAO didn’t say where the permanent headquarters should be located.

“Whether it goes to Huntsville or Colorado Springs, we have offices in both locations so we’re able to support U.S. Space Command at either location,” Stafford of Delta Solutions said.

Stafford noted that Colorado has a thriving aerospace industry, “all up and down the Front Range here,” and a university system with strong programs that benefit the industry.

Delta Solutions expects to add 35 employees to its workforce of 315 and add 10,000 square feet of office space in Colorado Spring

Gov. Jared Polis said his administration continues to advocate for the U.S. Space Command “to remain in its rightful home in Colorado Springs.”

“Colorado is the epicenter of national security space and Peterson Space Force Base continues to execute critical missions in the space domain,” Polis said Wednesday in an email.

U.S. Space Command didn’t return a request for comment on the timing of a decision.

“Colorado Springs is the optimal place for the permanent home of Space Command. I see no other place in our nation or overseas that has that kind of military space operational concentration,” Lovewell said.

Colorado Springs has five military installations and more than 84,000 veterans, according to the chamber of commerce. The aerospace and defense industry makes up 40% of the local economy, contributing more than $7 billion annually.

Events in the last two years make it even more critical that Space Command stays where it is, Lovewell said. Those include Russia’s invasion of Ukraine and China’s growing aggression toward Taiwan, he added.

“Any discussion of moving the headquarters is going to result in years of degraded operational capability and that’s going to harm both national security and military readiness,” Lovewell said. “It’s also going to cost billions of dollars in taxpayer dollars and take years to complete.”

He also thinks many people will decide not to relocate if the headquarters is moved out of Colorado. “We’ve got a lot of space talent here.”