Right Cream scoops up lease for Tennyson store in 2023 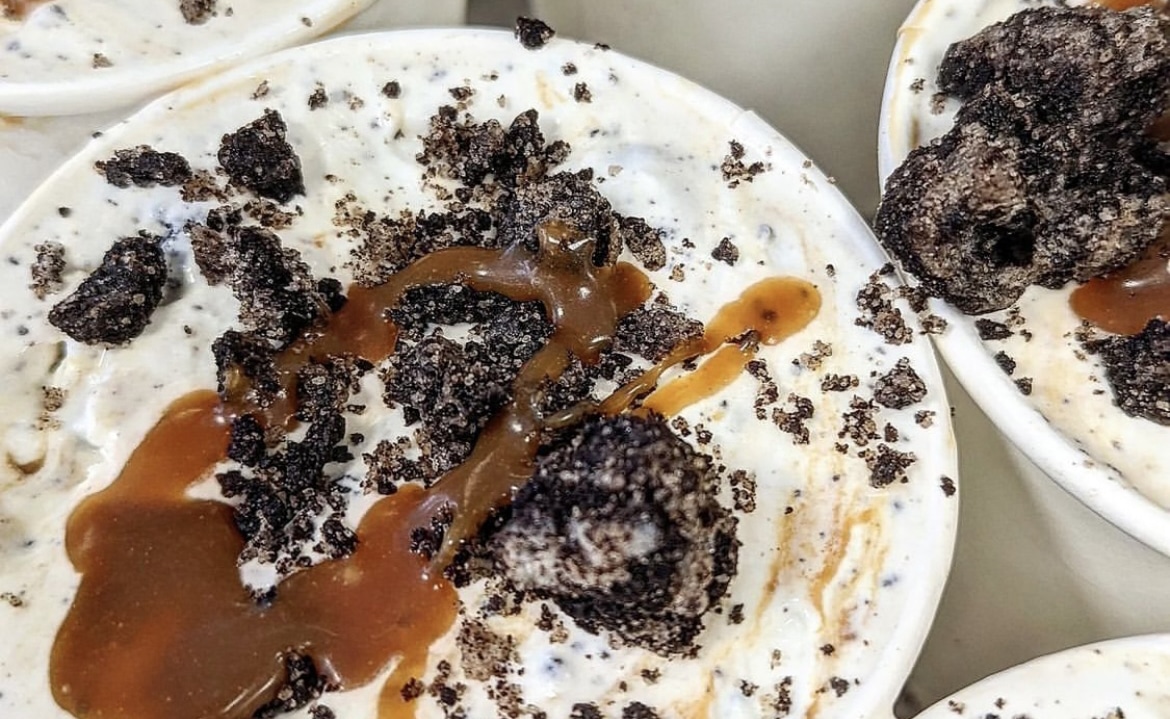 While most people were making banana bread or perfecting their at-home workout routines during the height of the pandemic, David Right was churning ice cream and getting creative.

“Ice cream can be anything,” Right said. “It’s like a blank canvas.”

The owner of Right Cream, which has a weekends-only walk-up window at the Dairy Block in LoDo, has grown his hobby into a full-time gig after starting the business out of pure boredom during the lockdown.

Right said he sells about 400 pints a week for $13 each. Eschewing basic classics like vanilla, he makes what he feels like. The company’s most popular flavor has been “Cookies & C.R.E.A.M,” with Oreo ice cream, crunchy Oreo toffee and salted caramel.

“People still view us as a popup,” Right said. “I’m just looking forward to being a fully formed business because that’s where we’re meant to be.”

Right and Siegel leased their new 1,300-square-foot location, previously home to Connie’s Antiques & Treasures, on Tennyson Street last month. They are gutting the space and building out a production kitchen. There will be a walk-up window and a large patio for outdoor seating, but no indoor dining.

Regular Architecture owner Kevin Nguyen, who designed Uncle, Hop Alley and other restaurants around town, is designing Right Cream’s space. Right and Siegel said they expect to spend around $600,000 on the buildout.

The pair have self-funded the business up to this point, but are turning to investors to help them complete their new Tennyson project.

“We still have more demand than our ability to meet it,” Siegel said. “The Tennyson space represents the first time we will be able to meet the demand we think we’re going to have. We’ve never marketed our business and still have a big following, but the vast majority of Denver still doesn’t know who we are.”

Right previously worked in software sales, but has always had a knack for cooking and baking.

The 30-year-old Denver native started making ice cream out of his home in Barnum West, hoping to make $500 a week selling it to friends and family.

He also started providing pints to notable names in the local restaurant scene, and after a 5280 article highlighted the business, Right Cream blew up on Instagram, Right said. In 10 weeks, he was selling 200 pints a week and taking orders in advance.

Siegel, who worked for a real estate tech startup, joined a month or so after Right started Right Cream to help scale the business.

“We have complementary, yet polar opposite, skill sets,” Right said. “He loves spreadsheets, and I can’t even get through the word Excel without my eyes glazing over. But frankly, he has no business being in a kitchen.”

After deliveries became too cumbersome, the duo offered pick-up in random locations around town like grocery store parking lots.

“There was this cultural momentum during the pandemic, where people were looking for the next best pizza someone made in their apartment or standing in food truck lines, which I think we benefited from,” Seigel said. “I mean who usually buys ice cream through Instagram, goes to a random parking lot and gets ice cream from someone’s trunk?”

Right, who makes all the ice cream components himself, eventually moved into a shared kitchen. The pair started offering pick up at RiNo’s Ramble Hotel, then moved to another spot in the neighborhood in April 2021. That lasted about a year before they moved into the Dairy Block in LoDo.

Siegel said they plan to keep the Dairy Block walk-up window when they open on Tennyson, and that they would love to have multiple satellite locations around the area in the next few years.

But Right said he has no plans to ever put his ice cream on retail shelves because he doesn’t want to take the fun out of it.

The business offers up to 15 flavors that change each week and are announced on Mondays.

“The flavors changing all the time creates an ephemeral experience with ice cream,” Siegel said. “We don’t bring flavors everyone wants; it’s just what David wants to make. So there’s this idea that if you don’t get this flavor now, there’s a chance we might never have it again. So, you have to buy it now.”

“My favorite flavor is always the next one,” Right said.

A block away, New York-based Heyday, a skincare shop that offers facials, is opening its first Colorado location at 3930 Tennyson St., where the Lululemon pop-up used to operate.

Heyday is also eyeing two more franchise locations at the Exchange at Boulevard One site in Lowry and in University Hills.