Rakhi Sawant Undergoes A Surgery For A Knot Around Her Uterus, Lauds BF, Adil Khan For His Support Known as the controversy queen, Rakhi Sawant often hits the headlines for her personal life. Rakhi had confirmed her relationship with a Mysore-based businessman, Adil Khan Durrani, during an event in May 2022. Ever since then, Rakhi and Adil have been painting the town red with their mushy romance and cutesy PDAs. From attending events together to going on a shopping spree, the couple has been setting major goals every day.

On August 30, 2022, Rakhi Sawant had shared a Reel with her boyfriend, Adil Khan Durrani, on her IG handle. In the video, Rakhi could be seen in a patient’s costume inside a hospital’s room. In one of the segments of the video, she was seen grooving with Adil on the film, Liger‘s song, Aafat. Along with it, she penned a caption, revealing that she was getting ready for a surgery and added that dance doesn’t leave her in any condition. Her caption could be read as:

“Dance doesn’t leave me in any condition. #Hospital pre-surgery dance!”

In an interview with ETimes, Rakhi Sawant opened up about her surgery and revealed that her boyfriend, Adil has been taking good care of her. She revealed that she underwent a four-hour long surgery at Criticare Hospital in Juhu, Mumbai, and added that the knot was a little above her uterus. Talking about the same, she said:

“I had a knot in the stomach, just a little above my uterus. I was supposed to remove it long ago but kept dilly-dallying. He is staying in the hospital and taking great care of me.” The 43-year-old diva shared that she was supposed to undergo a surgery a long time back but her plans got delayed. She added that she has been advised bedrest and she is not allowed to walk much. However, Rakhi also mentioned that her boyfriend has been her solid support throughout the process. She said:

“So I decided that I should get it eliminated. I have been under the treatment of Dr Vina Shinde. They are likely to keep me in the hospital for two more days. Currently, I am not walking much and advised to rest. I have been given a list of dos and don’ts in my diet. I am managing.” 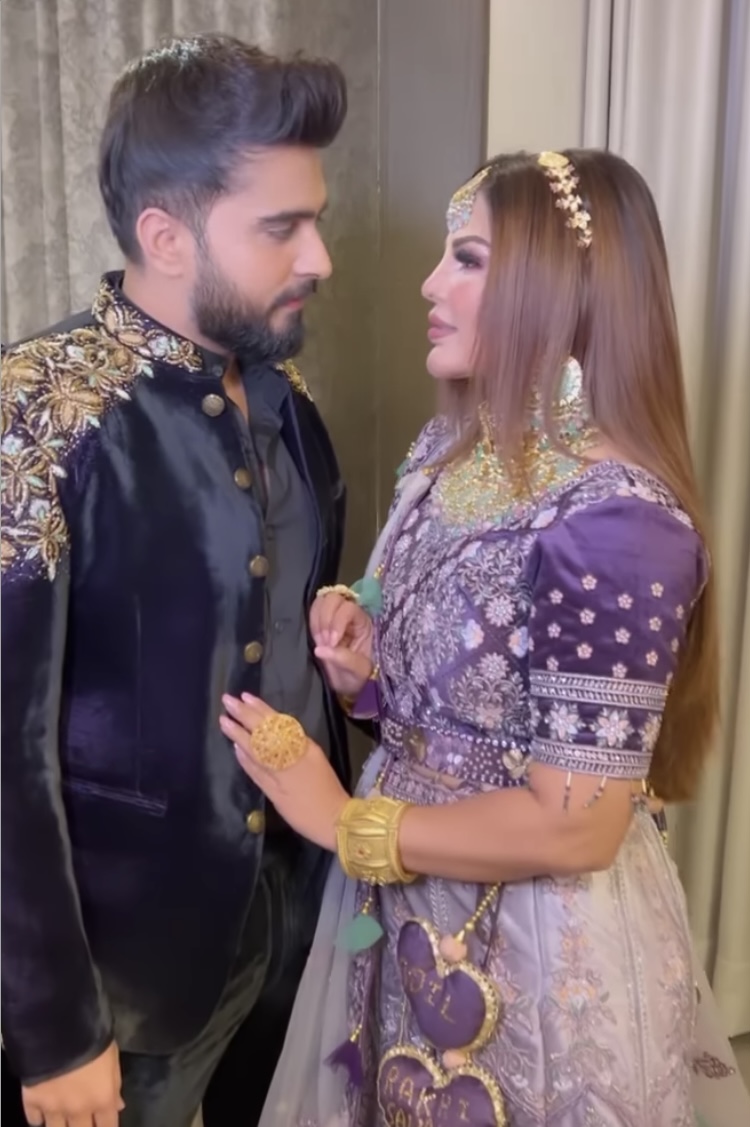 On the other hand, Adil Khan Durrani also interacted with ETimes TV, and revealed that his girlfriend, Rakhi Sawant is in the hospital undergoing surgery. He added that Rakhi had this problem for two years and mentioned that he could not leave his ‘heroine’ alone. In his words:

“Rakhi had this problem for two years. And yes, I am in the hospital with her. Meri heroine yahan baithi hai, toh main kahan ja sakta hoon?