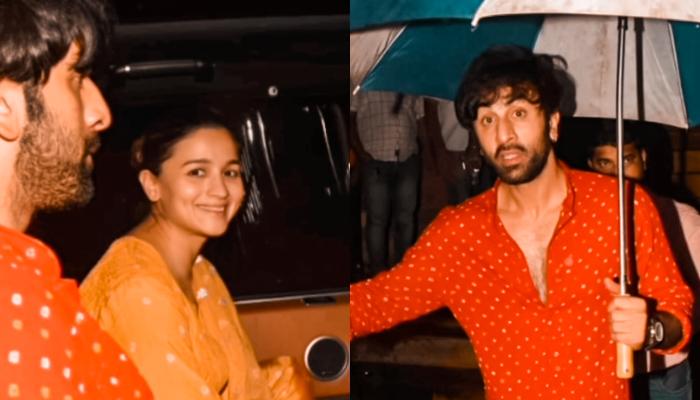 Alia Bhatt, the actress with a dream car, a house and a flourishing career in Bollywood before she had turned 21, is now called the manifestation queen. She went on to go lucky in love, and eventually, married her longtime crush, Ranbir Kapoor at the age of 29. Within two months of their marriage, the lovebirds announced their pregnancy news to the world. Much like a movie, it looks like Alia has perfectly planned her life. If reports are to be believed, the couple is expecting twins anytime soon in 2022.

When the parents-to-be, Alia and Ranbir met on the shooting floors of Brahmastra, they were not even friends. However, over time, the Wake Up Sid actor found his best friend in her and realised that she is the ‘one’ for him. Without letting the world know, they tied the knot in a hush-hush wedding ceremony on April 14, 2022, and glimpses from the same are still doing rounds on the internet. For Alia Bhatt, work is her passion. Even in pregnancy, she has been working hard, shelling out major inspiration to many women around the globe. On August 31, 2022, the nation celebrated the birth of Ganpati Bappa in the form of Ganesh Chaturthi. However, Alia and Ranbir were spotted leaving their workstation with tired eyes. While scrolling through our IG feed, we got hold of a video in which Alia looked pretty in a yellow-hued oversized kurta, and Ranbir donned a red kurta and denim. Amid heavy rainfall, he took out time to click some pictures with his fans while his pregnant wifey was waiting inside the car.

As soon as the video went viral on the internet, netizens started to laud the couple with heaps of praise in the comment section. One user wrote, “He literally clicked pictures with the fans even though he looks tired, so down to earth person he is. Alia is so lucky to have him.” Another netizen commented, “Aaaw. They are working hard, they look so tired. Hope they will be rewarded, can’t wait for Brahmastra.” Check it out! 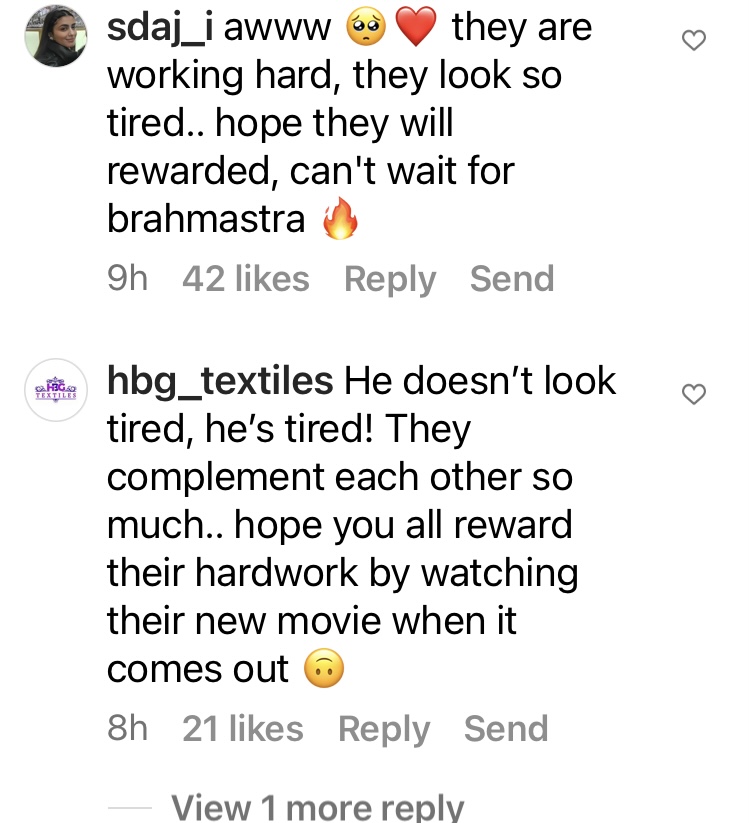 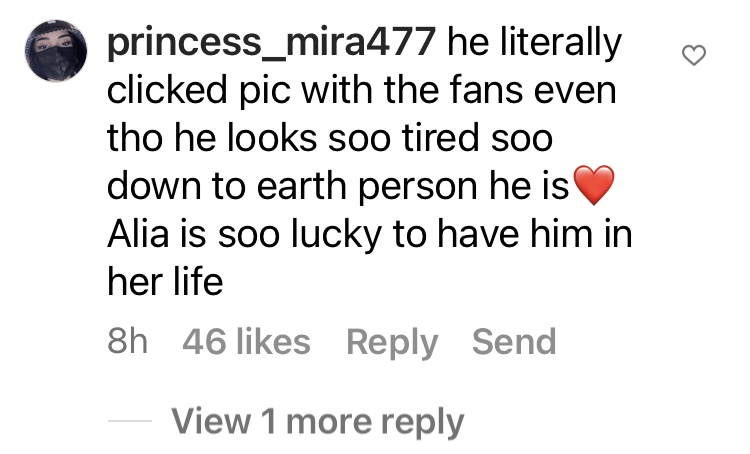 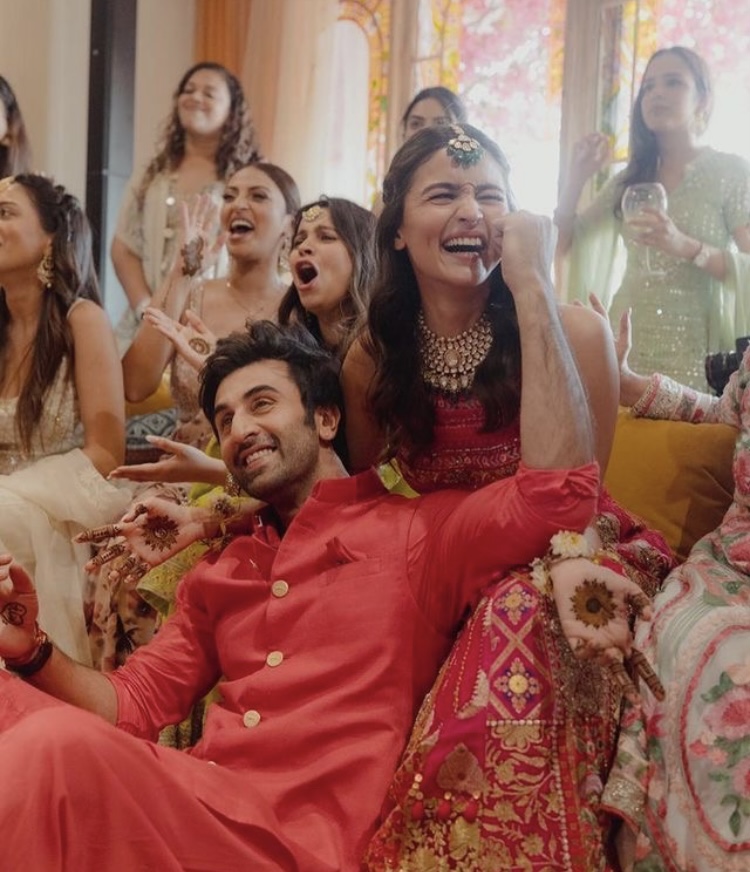 On the work front, Alia and Ranbir will be seen together in their upcoming film, Brahmastra.