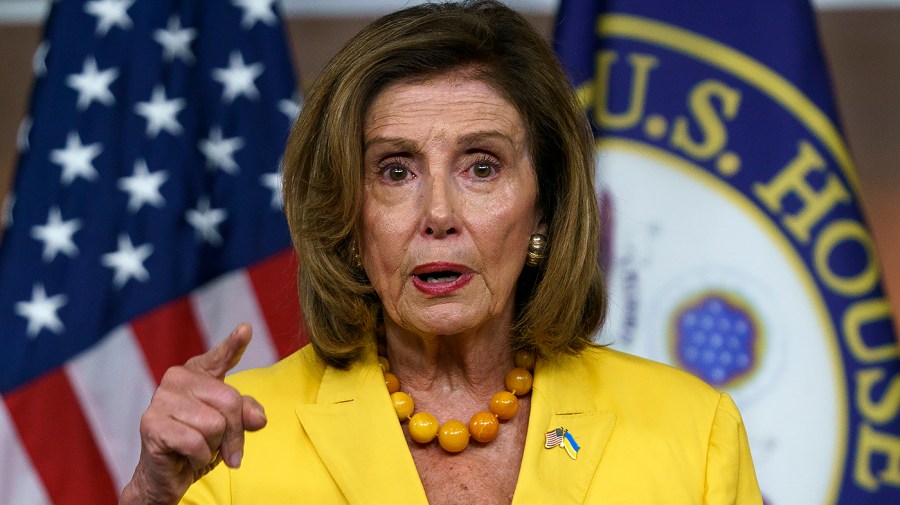 Pelosi cited concerns raised by leaders in her home state of California, which has been leading the way in the U.S. in setting data privacy standards, about the American Data Privacy and Protection Act (ADPPA).

“Proudly, California leads the nation not only in innovation, but also in consumer protection. With so much innovation happening in our state, it is imperative that California continues offering and enforcing the nation’s strongest privacy rights,” Pelosi said in a statement.

Pelosi did not dismiss the bill, which advanced out of the House Energy and Commerce Committee with bipartisan support in July, entirely. She said she will continue to work with Committee Chair Frank Pallone (D-N.J.) to address “California’s concerns.”

Pallone said in a statement he looks forward to continuing to discuss with Pelosi ways to “further strengthen” the bill.

“It’s critical that we put people back in control of their online data and create a strong national privacy standard. This is the most robust and comprehensive legislation to protect Americans’ privacy, and I’m laser focused on building support for final legislation that can be brought to the House floor and become law,” Pallone said.

California Democrats main concern is that the bill sets a national standard that would preempt state law. But preemption is a sticking point for Republicans, and a piece supporters say is crucial to the compromise lawmakers made to craft a bipartisan bill.

The version that advanced out of the committee included a provision that would grant the California Privacy Protection Agency, created under California’s privacy law, the authority to enforce the ADPPA, seemingly in an attempt to try and quell some of the concerns.

However, California lawmakers on the House Energy and Commerce during the July vote said they were concerned the bill could undermine California’s privacy protections. Reps. Anna Eshoo (D-Calif.) and Nanette Diaz Barragán (D-Calif.) were the only votes against advancing the bill.

Rep. Doris Matsui (D-Calif.) voted to advance the bill, but said she would not vote in favor of passing the bill without additional changes.

The proposal aims to set a national standard for how tech companies collect and use Americans’ data, after years of debate within Congress on how to tackle the issue of data privacy.

The bill would allow users to sue over violations of the law through a private right of action. It also includes protections for children online, including banning targeted ads to minors and treating all information related to individuals under 17 as sensitive data.

The proposal has an even tougher chance of advancing in the Senate, due to pushback from Commerce Committee Chair Maria Cantwell (D-Wash.).