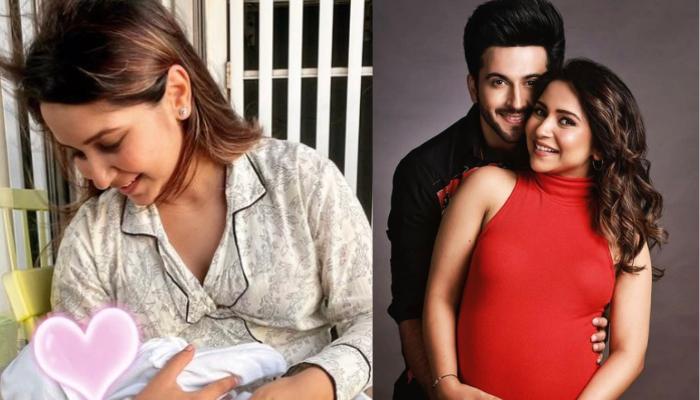 Vinny Arora and her darling hubby, Dheeraj Dhoopar are on cloud nine to embrace parenthood within 6 years of their marriage. Like every other mumma-papa, the lovebirds are leaving no stone unturned to take good care of their little munchkin. Being protective of their kid, Vinny and Dheeraj have not revealed his name or face to the media. However, this time, she shared a sneak peek of her toddler sleeping peacefully around his pet dog, Oreo, and it’s too cute to be missed!

For those who are unaware, it was on August 10, 2022, when the Kundali Bhagya actor had taken to his IG handle to announce the ‘good news’ of his baby’s arrival. Sharing two cute pictures, one from Vinny’s maternity shoot and the other one was a cutesy note, the couple announced that it’s a boy. Alongside the photographs, they had penned: 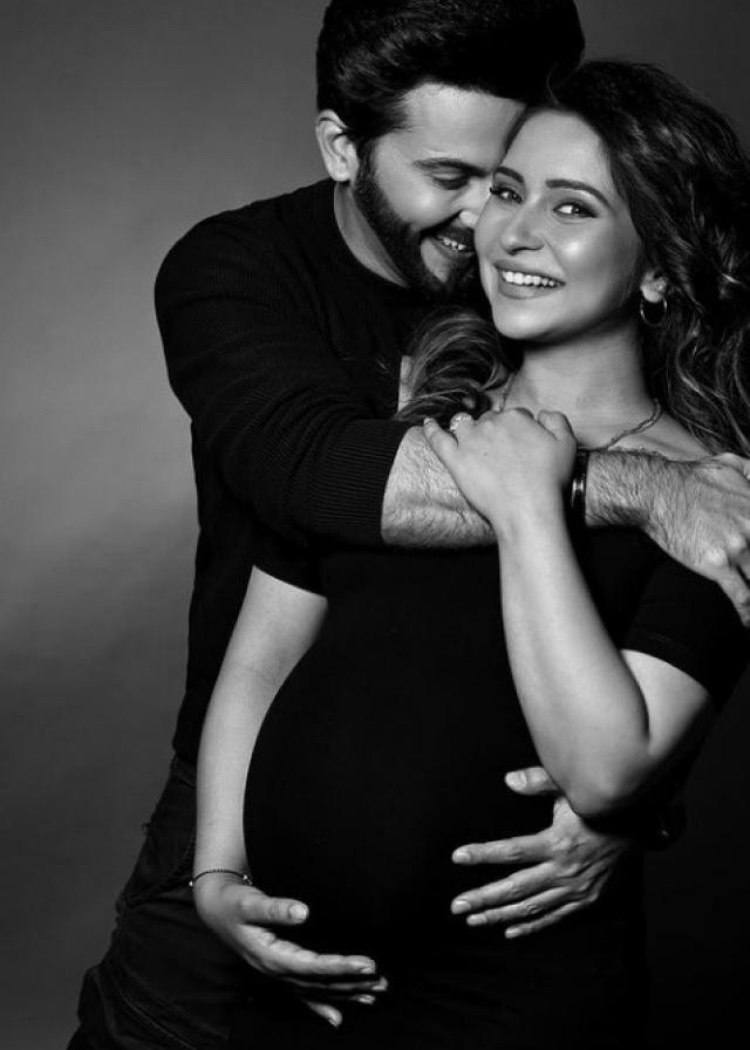 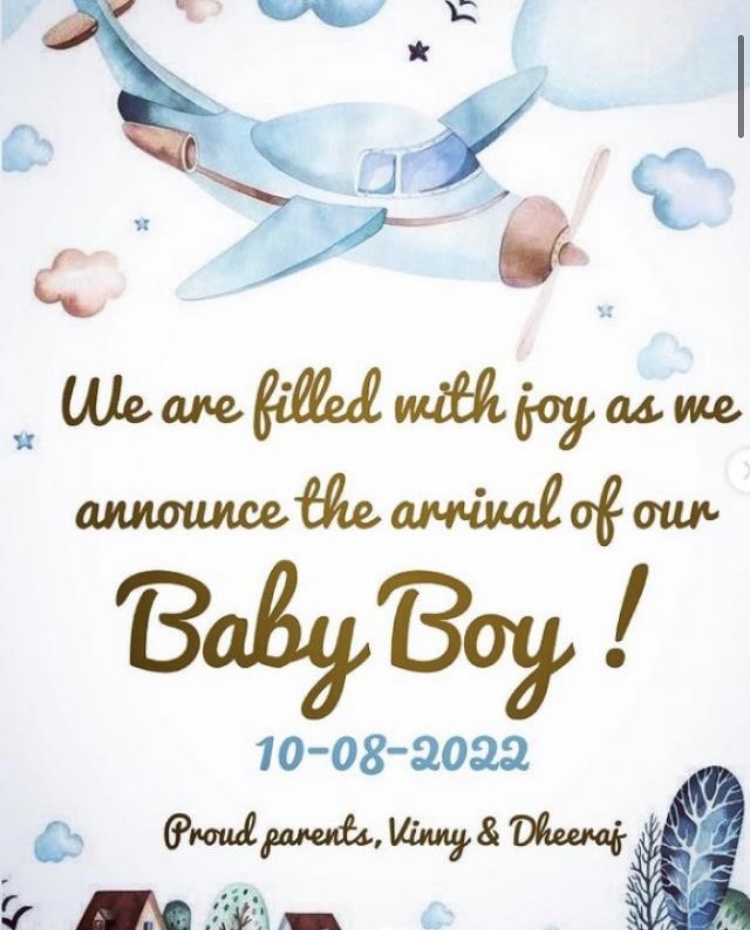 Vinny Arora has been experiencing butterflies in her stomach since the birth of her baby boy. For every new mommy, the feeling of feeding her child, changing diapers and pampering her baby to sleep is surreal. Something similar is happening with Mrs Dhoopar. On September 1, 2022, taking to her pet dog, Oreo’s IG handle, she shared a sneak peek of her baby boy. In the picture, we can see Vinny enjoying the cool breeze on her balcony while pampering baby Dhoopar to sleep. Alongside, Oreo was seen planting a sweet kiss on the baby’s head. While the actress looked pretty in a grey night dress, her baby was wrapped in a blue swaddle. The caption can be read as:

“I can’t wait to play with my big brother., grow up quickly please.” 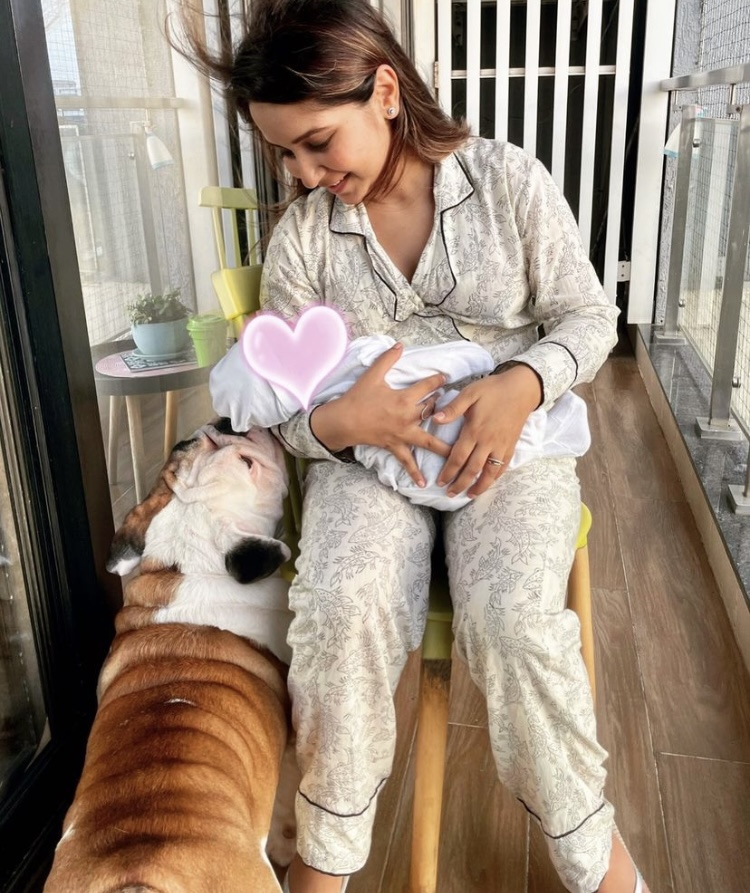 Earlier, on August 21, 2022, Dheeraj Dhoopar and Vinny Arora had taken to their respective IG handles and dropped the first glimpses of their baby boy. While the actress shared a picture of her baby’s feet and captioned it as “Now I have two of you @dheerajdhoopar.” The doting father, Dheeraj, on the other hand, had shared a picture of the little munchkin holding his daddy’s finger. He had captioned the picture as: 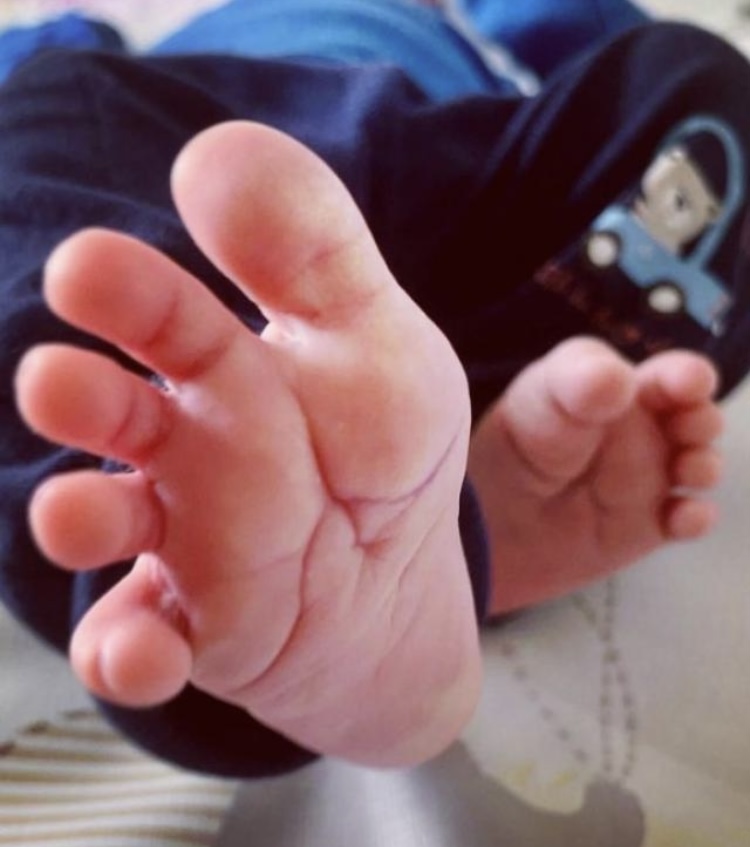 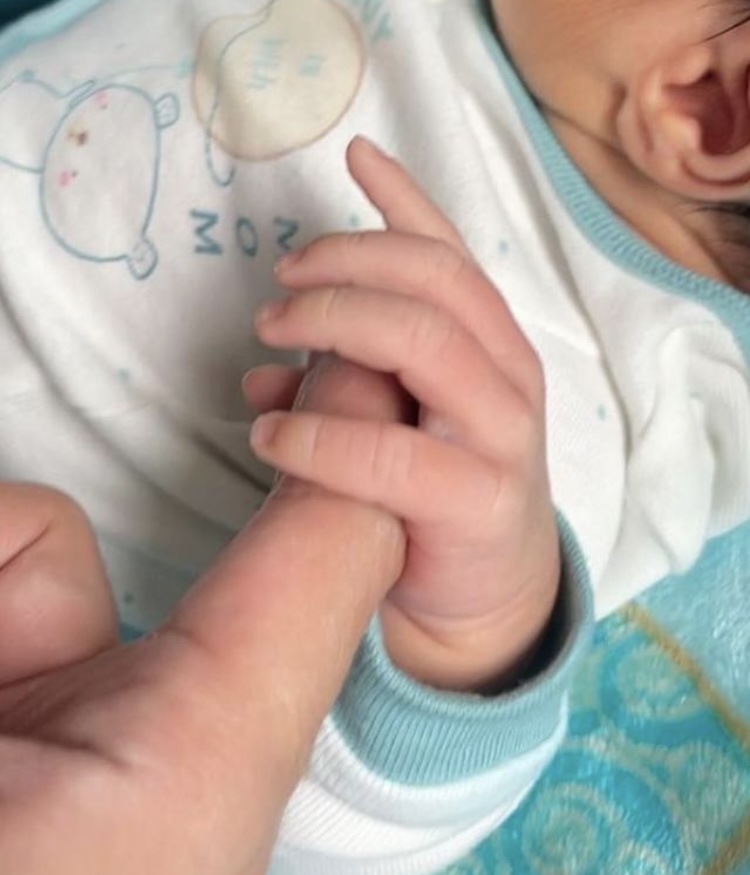 In an old interview with Miss Malini, Dheeraj was asked about the moment when he first got to know about the birth of his child. Talking about the memorable moment, he had stated:

“It was an extremely emotional moment for me when I first got to know about it. I think there is no other feeling as pure as what we are feeling currently. Right now we are letting the whole feeling sink in.” We are eager to get more glimpses of baby Dhoopar! What about you?