Kartik Aaryan Reveals Whether He Dated Anyone After His Breakup With Ex-Girlfriend, Sara Ali Khan Popular actor, Kartik Aaryan is currently enjoying one of the most successful phases of his acting journey so far. After the massive success of his recently-released film, Bhool Bhulaiyaa 2, the actor proved the mettle of his acting skills despite all the negativity and hate. While on the professional front, he is slowly and steadily becoming one of the most profitable actors in B-town, his personal life and dating rumours with actresses also make him a constant name in the headlines.

However, in a recent conversation with a media channel, Kartik Aaryan talked about his relationship status. Not only this, but Kartik also revealed whether he had dated anyone since his breakup with his ex-girlfriend, Sara Ali Khan. In a conversation with Film Companion, Kartik Aaryan talked about his professional success and shed some light on the upcoming projects in which he is engaged at the moment. However, he also talked about his personal life and confirmed that he is single at the moment and isn’t dating anyone. The actor also opened up about his breakup with his ex-girlfriend, Sara Ali Khan and admitted that he had hardly dated anyone since then. Although the actor first stated that he had dated no one for the last 1.5 years, he soon corrected it to 1 year and explained that he doesn’t think it’s that precise. To support his relationship status, he added that the last dialled number in his call log is of his mother. After Kartik Aaryan’s breakup with his ex-ladylove, Sara Ali Khan, the ex-couple is hardly seen together during award functions of B-town parties. However, to everyone’s surprise, it was at the Pinkvilla’s Style Icon event when Sara and Kartik had crossed paths with each other. The ex-lovebirds not only greeted one another but also posed together for the paparazzi, who insisted them to pose together after two years of their breakup. While Sara could be seen donning a sultry thigh-high slit black gown, on the other side, Kartik had looked handsome in a black suit and tie. Although Kartik and Sara had posed for the shutterbugs, from the expressions on their respective faces, it was clearly visible that it was a pretty awkward moment for both of them.

For the unversed, it was on May 20, 2022, when Kartik Aaryan was out for a promotional event for his film, Bhool Bhulaiyaa 2 when he had talked about his ex-girlfriend, Sara Ali Khan. During an interaction with the media, Kartik was asked whether his dating reports with actresses were a part of the promotional strategy for his movies to provide them with much-needed hype. Answering this, the actor clearly refrained from the statement and had admitted that he had never been involved with an actress to promote his film. He had said:

“No, no. There was nothing promotional there. How do I explain this? No dear, I mean, we are humans as well. Not everything is promotional. This is all that I will say on this topic.” 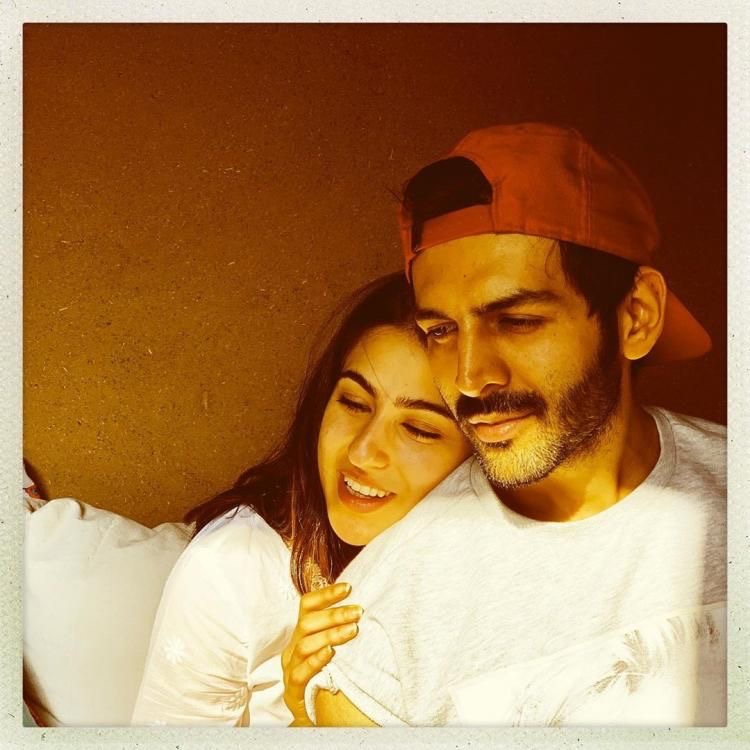 On the professional front, Kartik Aaryan will be seen next in the film, Shehzada, opposite Kriti Sanon.