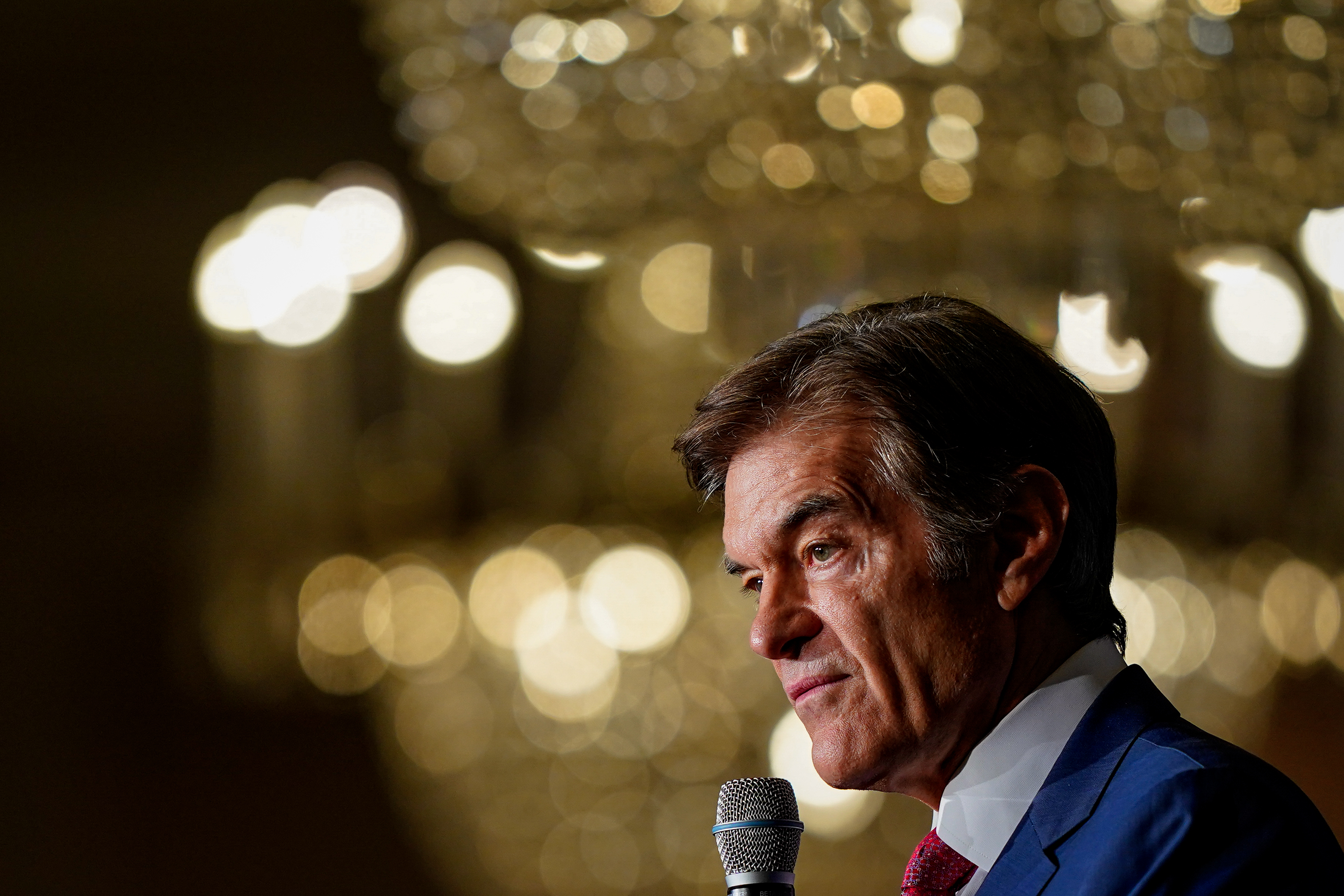 McCormick conceded to Oz and asked voters to support his political rival when he bowed out of the race. And he has since donated the maximum allowed under law to Oz.

But while the two have spoken since the race, they have not yet made any appearances together. Next Wednesday’s event will be the first joint gathering, though it is not a campaign event. Ortagus, however, said she pitched the idea to McCormick explicitly as a chance to show unity on the Republican side and, in turn, give Oz a campaign boost.

McCormick’s campaign had unleashed millions in super PAC dollars in an effort to take down Oz and question his conservative bona fides on issues like abortion, transgender rights, guns and even went so far as to question his patriotic loyalty to America because of his dual citizenship with Turkey.

Those attack lines have lingered as Oz continues to fight the same misgivings in his race to beat Democrat John Fetterman. McCormick, meanwhile, has been urged by Republicans to turn his focus to a potential run against Sen. Bob Casey (D-Pa.) in 2024. President Joe Biden’s weak approval numbers and Casey’s liberal voting record, Republicans say, could provide an opening for a candidate like McCormick, the former CEO of Bridgewater, to mount a formidable challenge.

“It’ll be great for Oz and for McCormick to get together and lock hands before November,” said Dave Urban, a Republican strategist and former adviser to McCormick. “There’s a sense he’d be a great candidate for Senate, Governor – I think people want more Dave McCormick.”

Next Wednesday’s event will go beyond the Pennsylvania race and focus on critical national security issues like the Iran Deal, security at the southern border, human trafficking, the scourge of fentanyl, the Defense budget, and China. The panel will also include the former Director of National Intelligence, John Ratcliffe.

“It’s a close race and one of the reasons it’s a close race is because it was a bruising primary and every vote is going to matter in Pennsylvania,” said Ortagus. “I think showing party unity and cohesion on something as important as national security topics that we are discussing that will be front and center in the new Congress is an important signal to Republicans around Pennsylvania who supported McCormick.”

Ortagus formed Polaris National Security, a 501(c)4 nonprofit with the vision of informing candidates and voters on an “America First” foreign policy agenda, and providing candidates with a handbook for addressing those issues on the campaign trail. She brought a group of female Republican federal candidates to the U.S.- Mexico border on Tuesday, and has planned panels in states with key House and Senate races leading up to the midterms. Two of those events will be held with Sen. Lindsey Graham, (R-S.C.), she said, and will also feature prominent foreign policy voices on the right.

“I thought there was a big gaping hole on the Republican side of the aisle on looking at national security from a campaign perspective,” said Ortagus. “I wanted to make foreign policy and national security relevant to everyone.”

Next week’s event comes as Oz trails Fetterman in recent polls. Former President Donald Trump endorsed Oz and will host a Save America rally in Scranton, Pa. on Saturday night in an effort to give a boost to “the entire Pennsylvania Trump Ticket,” including Oz, gubernatorial candidate Doug Mastriano, and congressional candidate Jim Bognet.

A physician turned television star, Oz has received scrutiny on the foreign policy front, going so far as to vow to renounce his Turkish dual citizenship should he be elected to the Senate. For McCormick, next week’s event will provide a platform to tackle his critics on the right. During the primary, he was slammed by Trump as a “globalist” and pressed over ties to China, although McCormick was under consideration to join the Trump administration as deputy secretary of Defense.