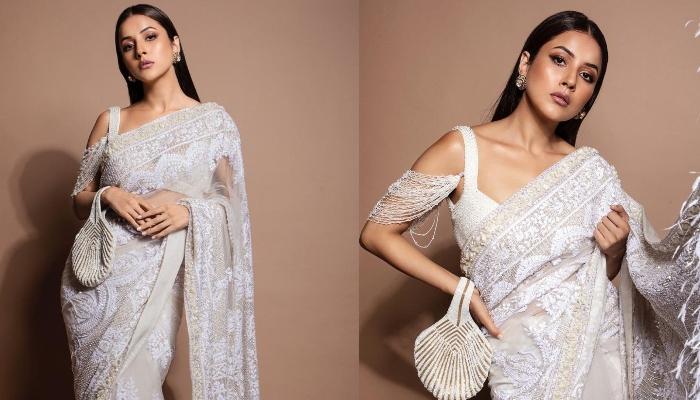 Indian actress-singer, Shehnaaz Gill has been working hard. The gorgeousness, who made a huge name in the industry after her stint on the reality show, Bigg Boss 13, has been receiving love from Pollywood to Bollywood. However, it is her fashion statement that never fails to stun us. Recently, Shehnaaz graced the 67th Filmfare Awards and looked like a goddess in a white ensemble.

One after the other, Shehnaaz has been winning our hearts with her oh-so-pretty looks. From walking the ramp as a bride for the designer, Samanth Chauhan to donning a beautiful sequinned saree from Manish Malhotra for Bigg Boss 15 finale, Shehnaaz is acing her fashion game with her every outing.

Recommend Read: Dia Mirza Opens Up On Her Bonding With Stepfather, Ahmed, Adds Why She Missed The Security Blanket

On August 31, 2022, Shehnaaz took to her Instagram handle and posted glimpses of her look from the Filmfare Awards 2022. In the pictures, she was seen donning a white-coloured embellished chikankari saree from the designer, Manish Malhotra. However, it was Shehnaaz’s unique blouse that made her look on point. She opted for a sleeveless blouse with a tasselled sleeve. Subtle nude-toned makeup and Manish Malhotra jewellery completed her look. 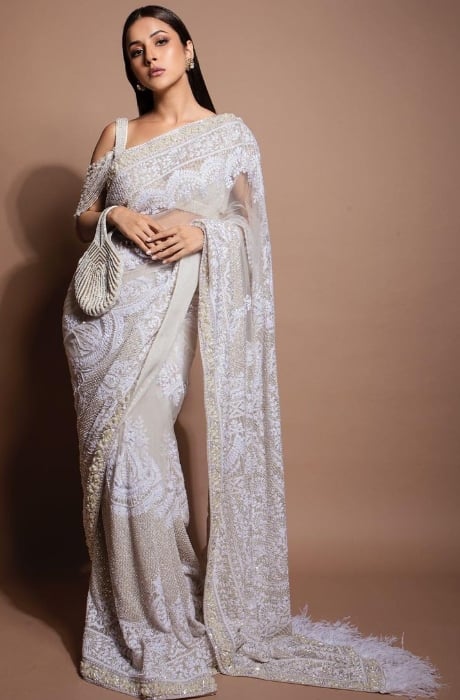 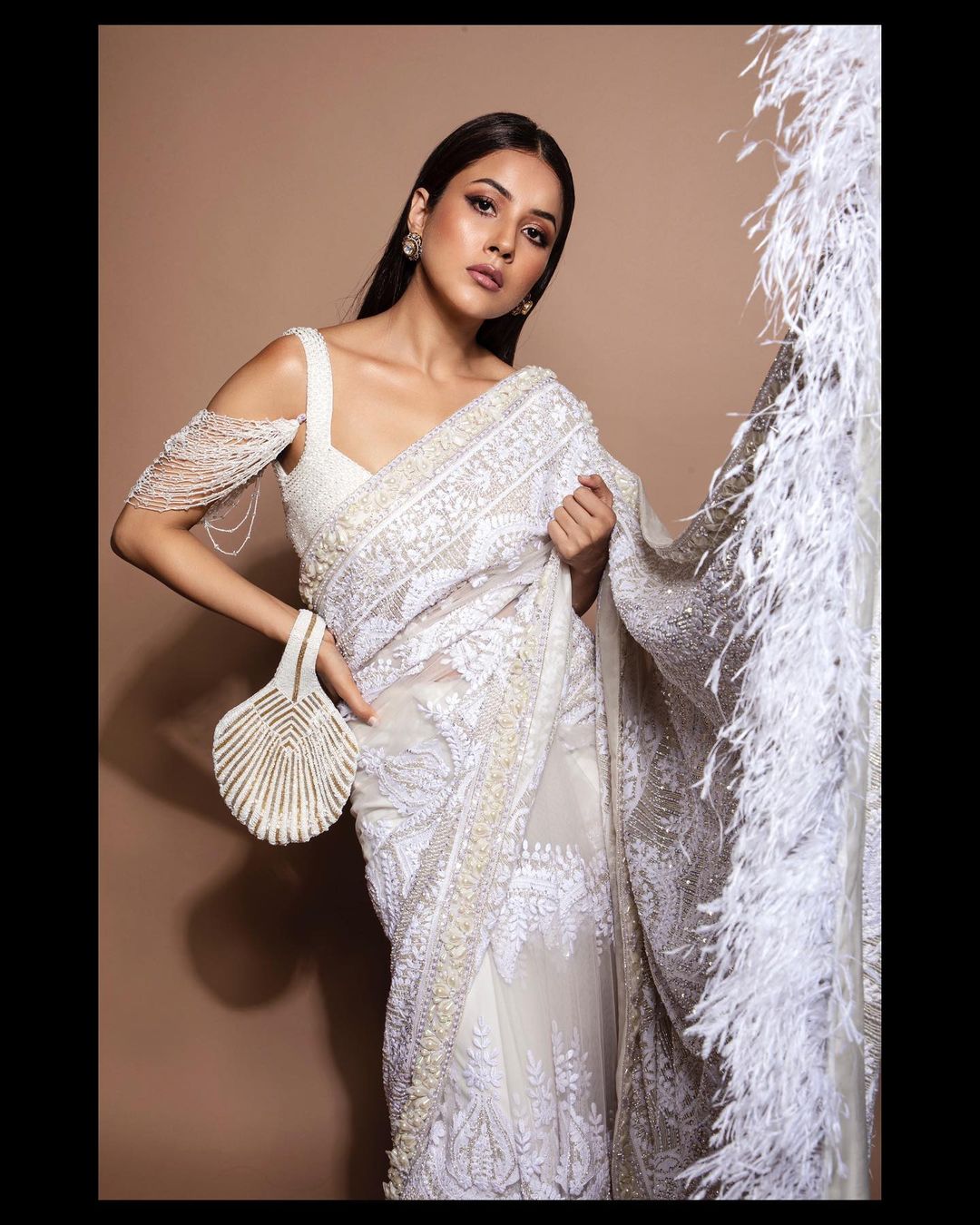 On August 17, 2022, Shehnaaz was papped in the city with her brother, Shehbaz. The actress had looked gorgeous in a smoking red jacket which she teamed with a black crop top and matching shorts. She kept her look edgy, and her hair pulled back in a low ponytail. In the video, we could see Shehnaaz meeting Shehbaz and hugging him while the latter kissed her on her cheeks.

Earlier, Shehnaaz had made a striking appearance at the Hindustan Times India’s Most Stylish Awards. The actress had donned the famous designer, Samant Chauhan’s halter neck gown. Her outfit featured metallic embroideries. Shehnaaz kept her look on point with minimal jewellery. She looked pretty in subtle makeup with highlighted cheeks, kohl-filled eyes and hair tied in a bun. 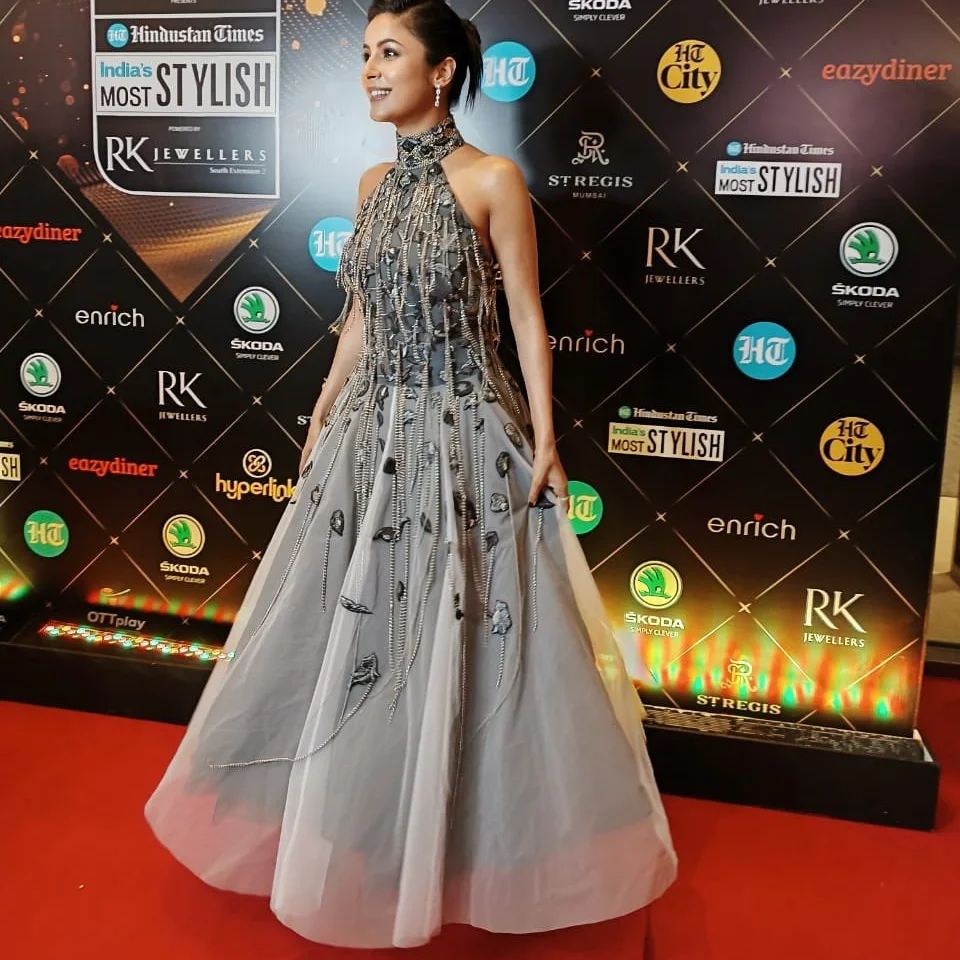 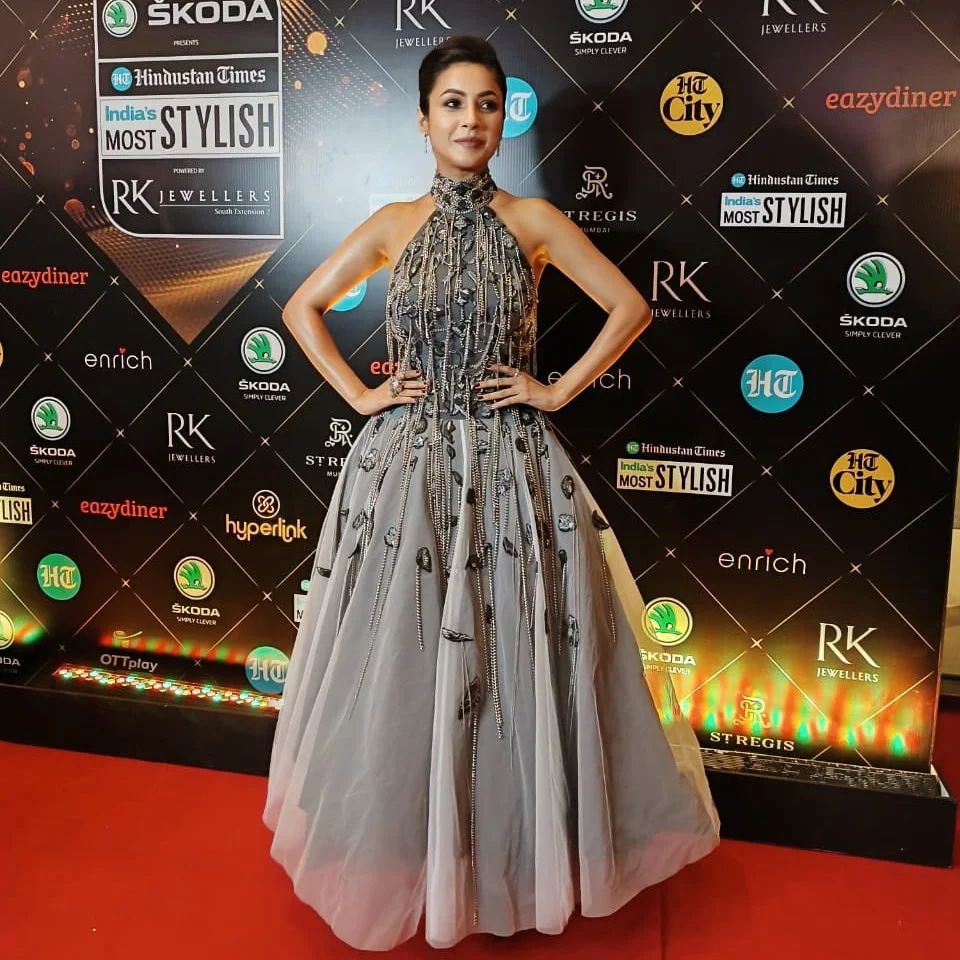 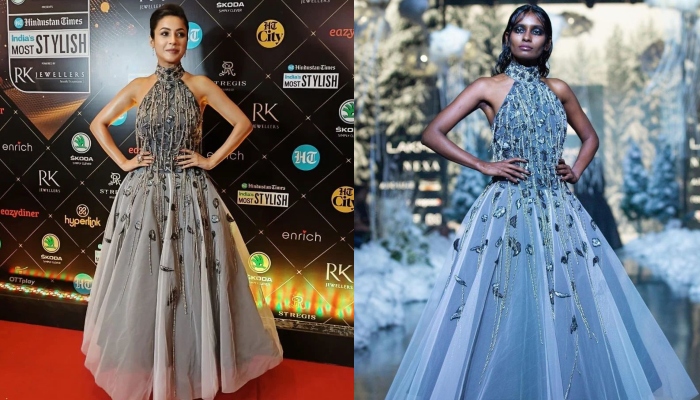 Well, Shehnaaz’s every outing is winning our hearts!