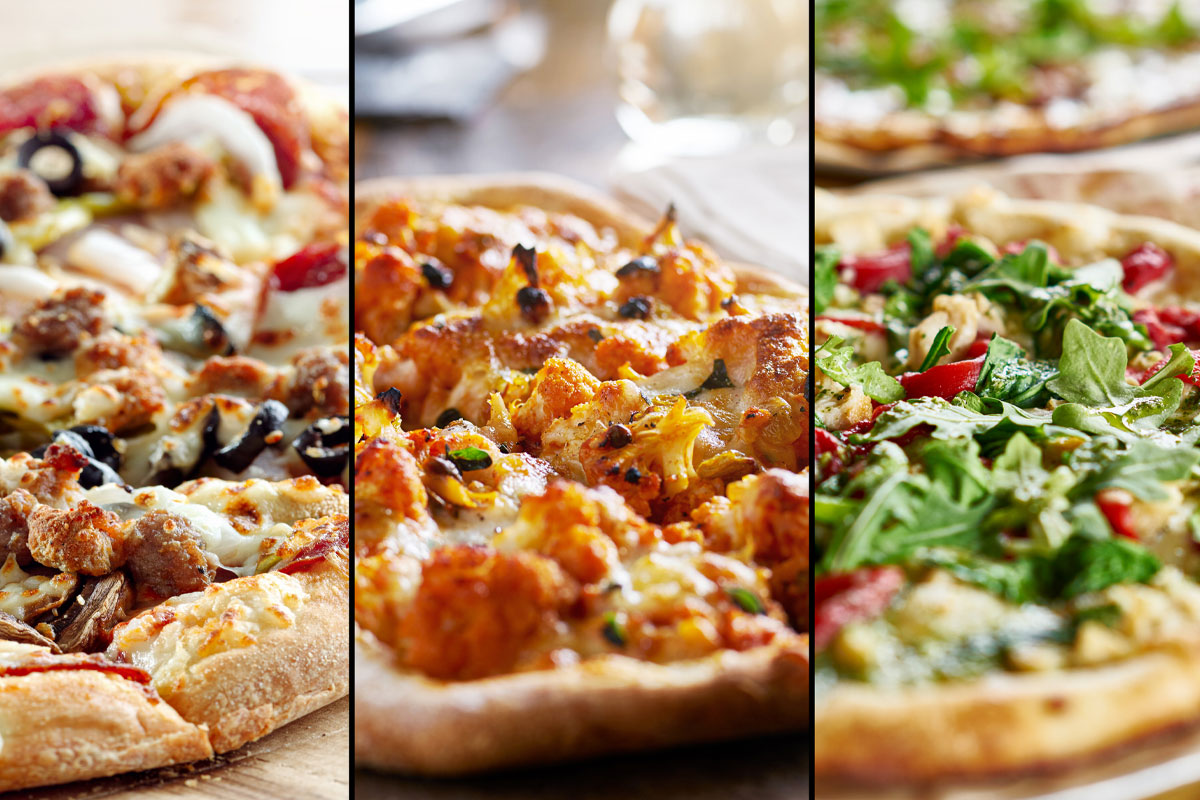 Americans consume 3 billion pizzas each year, an average of 46 slices per person. Eighty-three percent of consumers eat pizza at least once a month, while 40% enjoy it every week, according to Technomic.

Pizza is clearly one of Americans’ favorite comfort foods, but even it isn’t immune to sky-high inflation that’s taking a slice out of consumers’ wallets.

“We’re seeing dramatic changes in consumer choices due to price inflation, and some consumers can’t purchase the same amount of food and beverage items as they would have before,” explained Sally Lyons Wyatt, executive vice president and practice leader, IRI. “Consumers are spending a bit more, but they are buying less because of the price.”

The drop in unit sales is also driven by recent supply challenges that have left many refrigerator and freezer cases emptier than usual.

“In-stock rates for frozen pizza have been lower than normal for almost 12 months,” Ms. Lyons Wyatt said. “Many brands are getting their top-selling core products on the shelf, so consumers are seeing less variety to choose from.”

While frozen pizza sales slowed, in-store deli pizza picked up steam, increasing both dollar and unit sales by about 11%, according to IRI.

“Deli is still hitting it out of the park, because some shoppers feel it’s a bit fresher than the shelf-stable or frozen options,” Ms. Lyons Wyatt explained. “And in some areas, buying a deli pizza at the grocery store is still cheaper than going to buy at your local pizza shop.”

While inflation has put a damper on consumer shopping habits, pizzamakers are livening up the category with plenty of new varieties to win over their limited dollars.

Classic toppings like pepperoni and sausage still reign supreme, but consumers are increasingly interested in new varieties as well.

“The flavor innovation is adding much-needed excitement to the pizza category” Ms. Lyons Wyatt noted. “However, it’s important to understand the roles these flavors are playing. They drive excitement, refresh the shelf and bring some new consumers into the store. While the new flavors are appealing, they are never going to see the volume sales as classic pepperoni or sausage pizzas.”

Frozen pizza category leader DiGiorno, a brand of Nestle USA, Inc., Arlington, Va., refreshed its offerings this year by introducing three breakfast pizzas: Eggs Benedict Inspired, Sausage and Gravy, and Cinnamon Roll. The pizzas are made with a croissant crust and meant to be enjoyed at any time of the day.

“We’re seeing ongoing interest in entirely new mealtimes to enjoy pizza,” said Kimberly Holowiak, brand manager for DiGiorno. “There’s been a rise in popularity of breakfast consumption among consumers, and data from Mintel suggests that 40% of consumers are seeking breakfast options outside the morning daypart.”

According to Datessential’s Pizza Keynote Report for 2022, breakfast pizza is currently on 2.9% of menus but is expected to grow 15% in the next four years.

Milwaukee-based Palermo Villa Inc.’s Screamin’ Sicilian Line has also seen great success thanks in part to its original flavors, including Orange Chicken Overload, Buffalo Style Chicken with Bacon and Philly Cheese Steak, as well as dessert pizzas like S’mores and Cookie Brownie. The brand increased its unit sales by 24.1% over the past year, IRI reported.

Datassential’s Pizza Keynote report found that global flavors like Mexican and Hawaiian, as well as nontraditional ones like Thai Peanut, which has seen a 58% rise on menus since 2018, are ranking high among consumers.

And the pro-pineapple-on-pizza crowd can rejoice — the hotly debated topping was in 76% more pizza orders in the last year alone, according to delivery app Slice.

The flavor experimentation has extended to the convenience store as well. Casey’s, a popular Midwest general store chain famous for its pies, recently launched a Brisket Specialty Pizza. It includes barbecue sauce, jalapeños, red onion and ranch, and is proving to be a unique offering that resonates with consumers.

“Our guests are reacting positively to [BBQ Brisket], and we are excited to continue to deliver innovation in the future,” said Andrew Kintigh, chef and senior manager of culinary innovation, Casey’s Pizza.

Depending on who’s asked, the crust may be considered the best part of the pizza, or the part that’s usually thrown away (done by 15% of consumers, according to Technomic’s 2022 Pizza Consumer Trend Report).

Regardless of where one stands on crust, it’s importance to a quality pizza can’t be denied.

“The foundation of any great pizza is a signature crust,” said Tom Santos, field sales representative for General Mills, Minneapolis. “The best ingredients cannot overcome a poorly made dough or undesirable crust.”

The most popular crusts among consumers are hand-tossed (53%), deep dish/pan (44%), stuffed (39%) and thin (39%), Technomic found. But there are plenty of emerging crust alternatives that are serving up new flavors and better-for-you (BFY) benefits.

Cauliflower crust, for example, is increasing in popularity and is now the preferred crust of 12% of consumers, Technomic discovered.

“We’re currently developing many other options as well,” said Donna Neuburger, director of sales, central USA at DeIorio’s. “As the demand grows, our categories grow.”

The bakery also launched hemp dough, capitalizing on the burgeoning hemp-infused food market that’s expected to grow by a CAGR of 15% from 2021 to 2026.

Hemp flour is low in carbohydrates and sodium and is free from cholesterol and saturated fat, the company stated. DeIorio’s hemp dough is also non-GMO and a superfood containing Omega 3, Omega 6 and Omega 9 oils.

According to Datassential, alternative crusts are found to appeal to nearly a third of all consumers and 41% of millenials.

“For the past few years, there has been more demand for crusts that are free of bromate and bleach,” Mr. Santos added. “As consumers pay more attention to ingredients and seek out foods with minimal processing, suppliers are coming to the table with new ‘cleaner label’ or natural alternatives.”

Anne Cookson, vice president of sales and marketing, Baker’s Quality Crust, Waukesha, Wis., said the company is leaning heavily into its BFY thin crusts, focusing on macro-friendly options with a low carb, low-fat and high-protein composition for in-home use.

“For the thin crust we offer multiple flavors such as herb-infused, multi-grain and chipotle,” Ms. Cookson said. “We are also developing an activated charcoal thin crust.”

While healthier options are popping up left and right, many consumers are seeking out indulgent crusts as well.

“We have experienced two drastically different trends over the last year,” Ms. Cookson noted. “One is toward thin better-for-you crusts; the other is thick crusts such as deep dish and Detroit style.”

“We found that stuffed crust was the No. 1 most requested pizza style by our consumers,” Ms. Holowiak said. “When it comes to pizza, more is more, and our consumers are looking for more cheese, sauce and toppings.”

Overall, however, stuffed crust remains a missed opportunity for pizzamakers, Datassential stated. Only 19% of pizza-serving operators offer stuffed crust pizza, and the term declined in penetration on pizza menus 17% in the last year. Yet more than half of consumers (56%) say they are ‘extremely’ or ‘very’ interested in stuffed crust pizzas, and 72% of millennials find it appealing.

Consumers are also livening up their crusts by adding ingredients such as garlic, olive oil, parmesan, herbs and hot honey, Mr. Santos added.

“All in all, the majority find pizza with extra ingredients packed into the crust very appealing, and manufacturers and operators alike have much room to expand and experiment with these types of offerings,” Datassential stated in its report.

More BFY for your pie

Healthier crusts are just one of the many ways pizzamakers are feeding consumers’ appetites for BFY varieties.

Pizzas that list the number of calories per slice are performing well, Ms. Lyons Wyatt said, and vegan, vegetarian and gluten-free pizza claims are all growing in units and dollars.

“The plant-based trend cannot be ignored,” Dataessential stated. “The term plant-based has soared on menus in recent years, and consumers are looking for everything from plant-based meats to more vegetable-forward pizzas to experiment with.”

Vegan is the fastest-growing pizza type by far, the report found, surging 187% on menus in the past three years. Gluten-free pizzas are growing too, currently on 11.4% of menus and projected to grow another 27% in the next four years.

“Our gluten-free offerings are slated to be a larger focus in the future as we continue to deliver on our promise to provide a no-taste difference from our other varieties and reduce cross-contamination to align with the needs of those with dietary preferences,” Ms. Holowiak said.

When it comes to toppings, 29% of consumers are interested in plant-based alternatives, and 37% of Generation Z and 43% of millenials are interested in meat substitutes, according to Datassential. Superfoods like avocado, kale and arugula are also among the fastest-growing toppings.

Overall, Technomic reported that consumers want more pizzas with natural ingredients (47%) and organic ingredients (31%), followed by those that are vegetarian (25%), low-carb (24%) or gluten-free (24%).

The BFY wave has reached pizza novelties as well. Snow Days, Austin, Texas, for example, is a brand of organic, grain-free pizza bites made with a cassava flour-based crust, aimed to rival General Mill’s Totino’s Pizza Rolls. The bites feature real mozzarella cheese and are free from preservatives and seed oils.

“When you invest in the best ingredients from the beginning, the communications to consumers are pretty straightforward,” said Brian Evangelista, general manager of Snow Days. “We encourage all new and prospective consumers to look at our nutrition panel; we have nothing to hide.”

The bites come in Sausage, Cheese, Veggie White and Buffalo Chicken varieties, and the company launched a limited-edition Taco Pizza flavor this year.

On top of being delicious, pizza is convenient. It’s an ideal on-the-go option, and frozen pizzas can be made quickly when in a pinch for a meal.

Ms. Lyons Wyatt emphasized that frozen pizza is an area of opportunity for the category.

“Retailers across all channels should be embracing frozen pizza,” she said. “The convenience factor makes it a fantastic opportunity — you can make it at home, eat it on-the-go, and even heat it up in the microwave at work.”

“Retailers across all channels should embrace and promote different eating occasions for frozen pizza across the day,” she said.

Pizza is also a food for celebration — a go-to for movie nights, parties and all the good times in between. And pizzamakers should promote more of these occasions to celebrate, Ms. Lyons Wyatt added.

“It is time to not only get pizzas into the freezer but also consumed, so it is the perfect time to promote it during this time of high inflation,” she explained. “There is something to promote every day on social media, so pizza brands and retailers should find ways to embrace various opportunities throughout the year. Go beyond pizza night and offer consumers ideas about how to celebrate with pizza — a birthday, new job, last day of school, etc.”

Introducing more reasons to celebrate with pizza, as well as offerings made for all parts of the day, gives consumers additional occasions to enjoy this comfort classic. Coupled with inventive flavors and BFY options, pizzamakers can continue to drive sales and excitement.