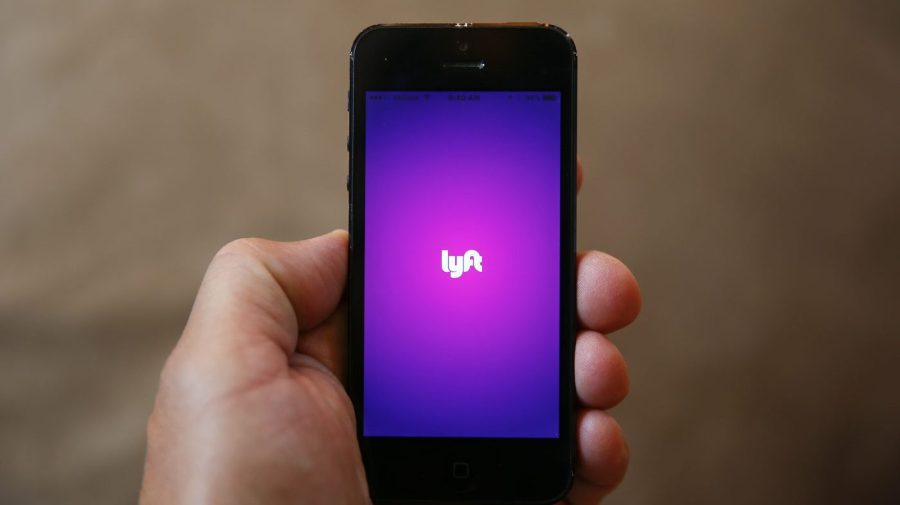 Seventeen new lawsuits were filed against Lyft alleging that the company doesn’t protect riders and drivers from potential physical and sexual assault.

In other news, the FBI is deploying a team of cybersecurity experts to Montenegro to investigate a massive cyberattack that hit the country’s critical infrastructure over the weekend.

This is Hillicon Valley, detailing all you need to know about tech and cyber news from Capitol Hill to Silicon Valley. Send tips to The Hill’s Rebecca Klar and Ines Kagubare. Subscribe here.

Lyft passengers and drivers who say they were sexually and physically assaulted during Lyft rides sued the ride-hailing company Wednesday, alleging it fails to ensure user safety.

Seventeen new lawsuits were filed against the company from drivers and passengers across the country, including from 13 sexual assault survivors and four physical assault victims.

“Part of the reason that we’re filing so many of these cases today is to highlight this issue so that there can be a change. This is the first time this many cases [were] filed the same time across the country on behalf of both riders and drivers, as well as sexual assault survivors and victims of physical assault,” said Adam Wolf, an attorney representing the cases.

Survivors who spoke at a press conference Wednesday said Lyft did not have adequate safety measures in place and did not take adequate measures in response to reports of the attacks.

“While safety incidents on our platform are incredibly rare, we realize that even one is too many. Our goal is to make every Lyft ride as safe as possible, and we will continue to take action and invest in technology, policies and partnerships to do so,” the spokesperson said in a statement.

The spokesperson also referred The Hill to Lyft’s existing safety policies, which include requiring all drivers to pass a background check before driving with Lyft and every year after that. Lyft also has features for riders, including one that allows riders to connect with an ADT security professional through the app to provide live support.

The FBI is deploying a team of cybersecurity experts to Montenegro to investigate a massive cyberattack that hit the country’s critical infrastructure over the weekend, The Associated Press reported on Wednesday.

The attack targeted Montenegro’s water supply systems, transportation services and online government services. Government officials have reported that the attacks are still ongoing, but that state infrastructure was not permanently damaged.

Montenegro joined NATO in 2017 despite opposition from Russia. It also recently joined the European Union’s sanctions against Russia following Moscow’s invasion of Ukraine.

NASA’s Artemis team will take a second shot at a launch on Saturday after the first attempt on Monday was scrubbed.

Team leaders at a media briefing Tuesday said the two-hour launch window for the Space Launch System (SLS) rocket and Orion spacecraft will begin around 2:17 p.m. ET on Saturday. Weather forecasts for Saturday indicate some rainy weather but conditions favorable enough for the team to work with, according to NASA.

The launch team reviewed data from Monday’s launch and settled on a game plan to resolve several issues, including an engine that failed to cool down and led to the launch delay.

John Honeycutt, the manager for the SLS program, said he was confident in the Artemis team’s ability ahead of the second launch attempt.

Snap Inc., the parent company of Snapchat, has announced plans to cut 20 percent of its global workforce due to the rise in inflation and interest rate hikes.

In a statement on Wednesday, Snap Inc. CEO Evan Spiegel confirmed the layoffs, saying that the company is restructuring itself around three new strategic priorities: “community growth, revenue growth, and augmented reality.”

“As a result, we have made the difficult decision to reduce the size of our team by approximately 20%,” Spiegel said in his statement. “The scale of these changes vary from team to team, depending upon the level of prioritization and investment needed to execute against our strategic priorities.”

California’s legislature has passed legislation that will require social media companies to consider the physical and mental health of minors who use their platforms.

Senate Bill AB 2273 passed in the state’s Senate chamber in a 75-0 vote on Tuesday. The proposed legislation is headed to the desk of California Gov. Gavin Newsom (D), though it is unclear whether Newsom will sign the legislation into law.

The California Age-Appropriate Design Code Act, which was first introduced by state representatives Buffy Wicks (D), Jordan Cunningham (R) and Cottie Petrie-Norris (D), will “require a business that provides an online service, product, or feature likely to be accessed by children to comply with specified requirements.”

An op-ed to chew on: The FTC needs a reminder that it’s a regulator, not a legislator

Notable links from around the web: Happy to help with the clean up

The rise of the space tourism industry, along with NASA’s recently postponed Artemis I project, have helped bring space exploration back to the forefront of the national conversation.

But recent research published in Communications Biology highlights the potential health risks astronauts might face upon their return to Earth.

A team of researchers from the Icahn School of Medicine at Mount Sinai assessed blood samples from 14 astronauts who flew short missions between 1998 and 2001.

Data revealed spaceflights may be associated with DNA mutations that can raise the risk of developing cancer and heart disease throughout individuals’ lifetimes.

On The Money — Why Americans keep quitting jobs amid high inflation

That’s it for today, thanks for reading. Check out The Hill’s Technology and Cybersecurity pages for the latest news and coverage. We’ll see you tomorrow.