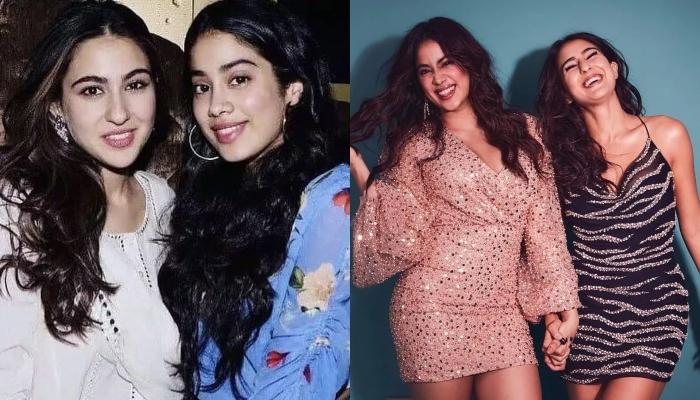 Koffee With Karan is one such reality show, which carries a legacy of bringing celebrities on its sets and the show’s host, Karan Johar is seen making the stars open up about some of their secrets. The season 7’s episode 2 will feature such two Bollywood actresses, Janhvi Kapoor and Sara Ali Khan who were seen revealing various secrets from their lives. From Sara hinting toward their common ex, to Janhvi opening up about how the two divas’ friendship had begun, the episode might be worth watching.

For the unversed, Sara Ali Khan and Janhvi Kapoor share a close bond with each other. Glimpses of the same have been found on their respective social media handles. For instance, on December 4, 2021, Sara Ali Khan had jetted off to Delhi with her mother, Amrita Singh and her BFF, Janhvi Kapoor. Taking to her IG stories, Sara had shared a picture with her mom at the Bangla Sahib Gurudwara. In her following story, Sara shared another picture from India Gate that featured her best friend, wherein we could see Sara eating kulfi. On the other hand, Janhvi got jealous of her friend as she did not share it with her. Atop the picture, to tease her friend, Sara had written: 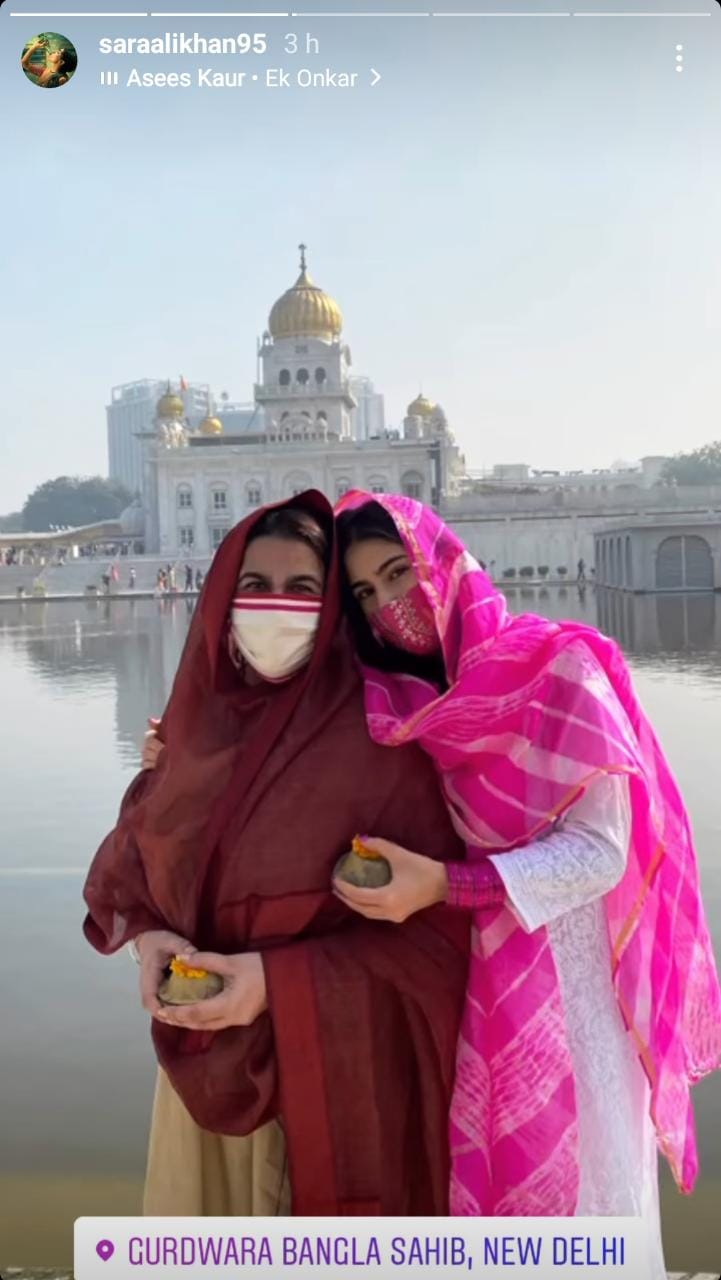 In one of the promos of episode 2 of the popular show, Koffee With Karan, Janhvi Kapoor and Sara Ali Khan were asked by the show’s host, Karan Johar to spill beans about their friendship. To this, Janhvi mentioned that they were neighbours in Goa and their friendship initiated with a common friend. She said, “We were neighbours in Goa, and we had a common friend. Then one day we started talking. We ended up talking till 8 AM in the morning.” Sara, too jumped in the chat and shared how the duo have common interests in family and work. Further, Janhvi mentioned how Sara used to aww her with her trips, and said:

“She broke every line. I kept thinking ‘she is so cool’! I would never have been able to do that. Because of her, I did not even have to wait. It was the best trip ever!” Earlier, on November 1, 2021, Janhvi Kapoor and Sara Ali Khan had taken a trip to the holy land of Uttarakhand to offer prayers at the Kedarnath Temple. The divas were spotted by their millions of fans at the divine place, and we could spot them on their multiple fan pages. Their glimpses were almost all over social media then, wherein they could be seen doing the puja in front of the majestic hills. In the pictures, Sara could be seen donning a purple bomber jacket, with grey earmuffs. On the other hand, Janhvi had worn a glitzy silver jacket with a muffler.

Suggested Read: Mahesh Babu Flawlessly Delivers Dialogues, Even When He Can’t Read-And-Write In Telegu, Here’s How

As soon as the pictures were shared online, fans couldn’t stop praising the celeb kids, Sara and Janhvi for their sanskaar. One of the fan pages had taken to their Twitter handle and had gushed over their growing friendship and their unbreakable bond. Reposting the pictures, the fan page had captioned it as:

“Wow. This is called sanskaar. You both are doing a really good job. May God bless you both! They are in Kedarnath Dham!”