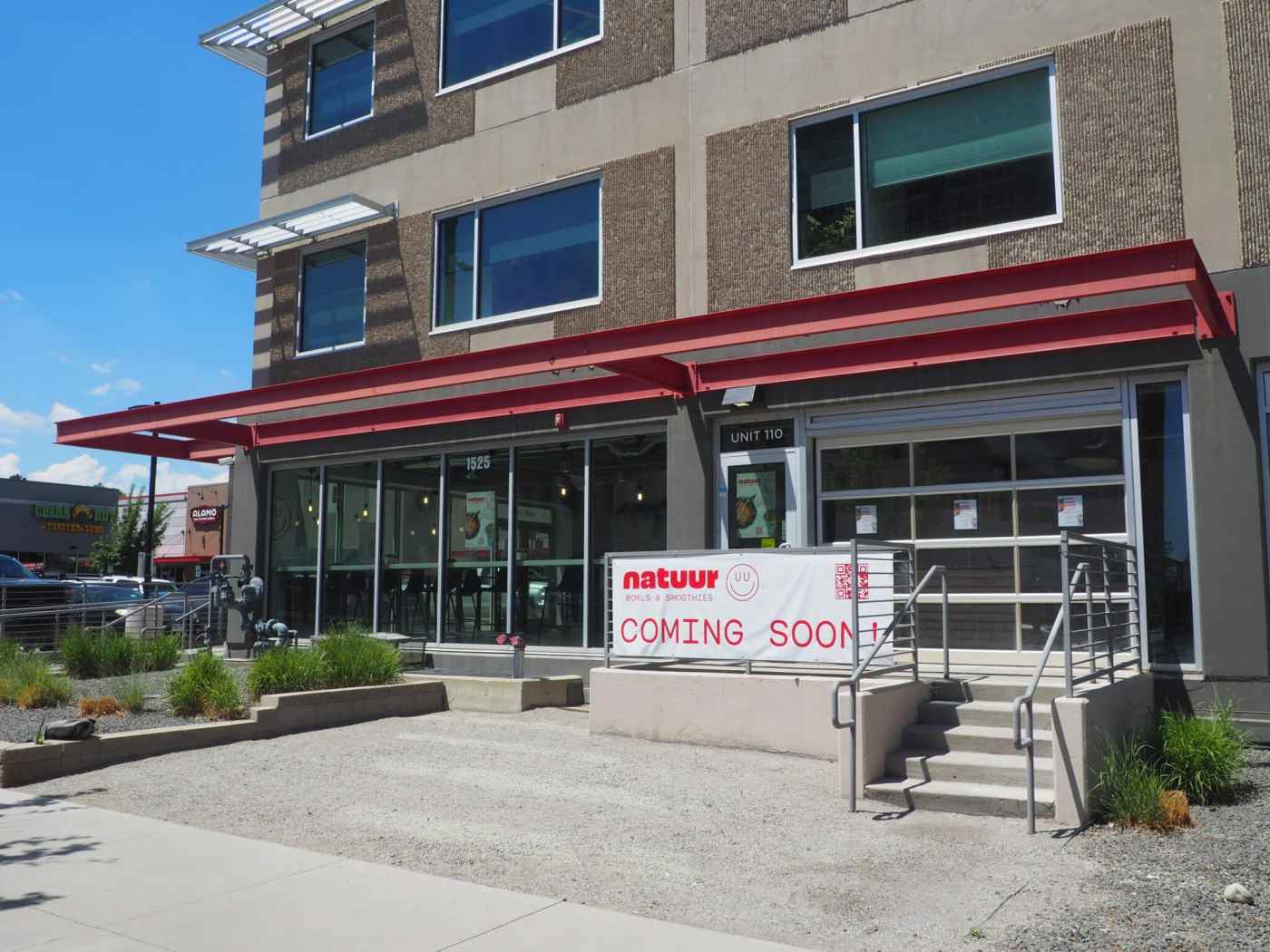 After opening its first location just over a month ago, a local smoothie joint is already adding a second space with plans for further expansion.

Taylor Spradling and Zachary Van Cleave opened the first location of Natuur (Dutch for “nature”) at 3712 W. 32nd Ave. in the Highlands on May 26, serving up a small menu of smoothies and smoothie bowls.

A location at 1525 Raleigh St. in Sloan’s Lake will open on Tuesday.

Spradling and Van Cleave numbered their two stores CO-001 and CO-002. While a subtle detail, it is indicative of the company’s ambition, as they hope to scale up in size and expand across the state and beyond.

“As we go further after these first two stores, these are kind of our test cases, and we’re seeing pretty good turnaround as far as the first one. So, the next level for us would be a rapid growth expansion” Van Cleave said. “We’re talking maybe five locations a year.”

Van Cleave added that by year three, his goal is for Natuur to have 15 to 20 locations, be it in Denver or another state altogether.

The pair said they saw an opening for the business in the Highlands, where they’ve spent much of their time living in Denver. Spralding said he has worked in a variety of restaurant roles, and also has a background in photography. Van Cleave said he’s new to the industry.

“10-15 years ago, I was a stockbroker for Charles Schwab. So, I was in a completely different industry. I was in finance and investing. Right after that … I was in software. So, I was in technology with a software company,” Van Cleave said. “And then I said, ‘screw it.’ Let’s do our own thing – we can do this.”

The pair said they have a third partner with restaurant experience, whom they declined to disclose. They said they have self-funded the business, investing a combined $150,000.

The company has broken even after four weeks in business. Van Cleave said his goal is for Natuur to become profitable in another four weeks from now.
The plan is to use the two stores as a pitch to future investors, raise capital and expand from there.

“Right now we’re getting it (the food) through mainstream distributors, but as we move further into this concept, we’d like to continue to replace some of those items with locally sourced stuff,” Spradling said.

Natuur currently leases both of its locations, but the pair would like to own their real estate in the future.

“It’s just so hard in this day and age to find the right specific property that’s available for sale,” Van Cleave said.

The Highlands location, open from 8 a.m. to 2 p.m. every day, is 428 square feet and to-go only. The previous tenant was a bakery that moved out last year.

In Sloan’s Lake, the company is leasing a 1,450 square foot unit, which has indoor and outdoor seating. PropertyShark lists the leasing rate for the building at $22.50 per square foot per year.

Though the vision for Natuur is big, the menu certainly isn’t. Spradling said a minimal menu size is an intentional decision to prevent buyer’s remorse and to keep the business lean. The only two categories are bowls and smoothies, with just nine options total. Smoothies are $9, while bowls are $11 or $12.

Roughly 10 to 12 people are employed by Natuur, with labor constituting the largest expense for the company.

Spradling and Van Cleave credit their business’ relatively low overhead expenses to the product that they’re making. Nothing is served hot and no grease traps are required. This keeps equipment and permitting costs low, they said.

Together, the simplicity of the menu and the emphasis on customer experience is what differentiates Natuur from its competitors, Spradling and Van Cleave said.

There are also a number of small product design differences which make the product more convenient to enjoy, such as putting granola on the bottom of the bowl to keep hands from getting cold or using a dome shaped lid to prevent toppings from getting smushed, Van Cleave added.

“I’m a big believer in the price isn’t specifically tied just to the product. It’s more than that. When I put my consumer shoes on, when I go into a place to buy something, the value for money I get is not only the product, but it’s about the customer experience almost more so,” Van Cleave said.