Spiritualized | Everything Was Beautiful Album Review

Spiritualized continue where they left off with their last exquisitely crafted record – And Nothing Hurts, with yet another very impressive offering on their latest album – Everything Was Beautiful. As if carrying out a self fulfilling prophesy, Spiritualized have delivered seven tracks that are indeed incredibly beautiful and extraordinarily compelling. The titles of both the 2018 record, and the latest one, are drawn from a line in Kurt Vonnegut’s 1969 anti-war novel, Slaughterhouse Five – “Everything was beautiful and nothing hurt.” You’d find it hard to argue with that after listening to J Spaceman’s latest release, or indeed any of Spiritualized’s previous eight albums. 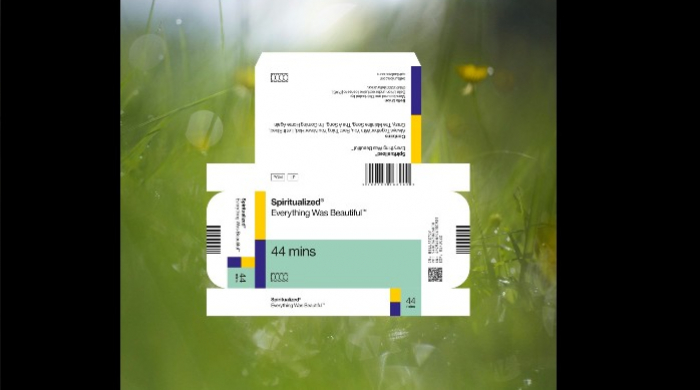 Everything Was Beautiful opens up with the gloriously uplifting sound of last year’s lead single – Always Together With You. The song, released in early November, serves as a fabulous introduction to the new record with it’s ever building soundtrack and layered harmonies. The 6m38s of Always Together With You creates a wall of sound that is filled with hook laden melodies and sumptuous instrumentation, all beautifully woven together to create an immersive and engrossing experience.

The overall sound that Spiritualized have captured on their new album is the result of a lot of hard graft. Jason Pierce (aka J Spaceman) plays 16 instruments on his new record. It was recorded in 11 different studios, as well as Pierce’s home, and has more than 30 musicians who contribute to the final cut, including his daughter Poppy and The Whitechapel Bell Foundry. Pierce says that – “There was so much information on it that the slightest move would unbalance it, but going around in circles is important to me. Not like you’re spiraling out of control but you’re going around and around and on each revolution you hold onto the good each time. Sure, you get mistakes as well, but you hold on to some of those too and that’s how you kind of… achieve. Well, you get there”.

Spiritualized second single, and fourth track from the forthcoming album, is altogether a different kind of song. Whereas Always Together With You is a brilliantly reworked version of an older song that ended up becoming a superb slice of “psychedelic pop”, Crazy is as near to C&W as Spiritualized have ever gone. The relaxed lilt and carefully crafted male and female harmonies wash over you in a woozy haze as the steel guitar and subtle percussion score the deftly balanced arrangement. Country music singer-songwriter Nikki Lane duets on Crazy and delivers a laid back vocal that perfectly suits the reflective song.

Best Thing You Ever Had takes Spiritualized back to their “space rock” roots with an up tempo, up beat, horn enhanced infusion that brings back memories of early 90’s Primal Scream, let alone some of the choice cuts from Spritualized’s debut album – Lazer Guided Melodies. Let It Bleed (For Iggy) pulls on your heartstrings with it’s intimate opening and awakens your senses with it’s intermittent panoramic outbursts and Mainline channels Pierce’s musings after watching the protests taking place in the U.S.

The album draws to a monumental 17 minute conclusion with two epic compositions, The A Song (Laid In Your Arms) and I’m Coming Home Again. “These are the words, they’re as old as the hills, Cooked on a diet of mushrooms and pills, One man’s crime is another man’s thrill and we’re gone” sings the Spaceman as the triumphant fanfare builds with each note. The pounding percussive beat propels the song forward as a plethora of sounds fuse together to create one furious squall. I’m Coming Home Again slows the pace and eases off on the intensity as Spiritualized sign off Everything Was Beautiful with a majestic and meandering soft shuffle. The initially drowsy vocal, jazz infused beats and sublime sax makes for a heady cocktail of enthralling delights topped out with a very satisfying crescendo.

Everything Was Beautiful is full of wide open spaces, spectacular soundscapes and stunning vistas but Spiritualized’s latest record still manages to be intimate, tender and thoroughly absorbing throughout. The attention to every last detail, the inspired instrumentation, agile and adroit production and faultless arrangements make EWK an essential listen.