After six years, one failed marriage, one lingering pandemic, one well documented divorce and a lot of soul searching, Adele‘s fourth full length studio album – 30 was finally released on 19th November. Following the sequence she began back in 2008 with her breakthrough album – 19, Adele stuck to a tired and tested formula for both the inspiration to her new album’s title as well as much of it’s musical content. If nothing else, Adele, like Ronseal, “does exactly what it [she] says on the tin”. In doing so she also, in the main, appeals to her broad and extensive demographic. Adele, a little like Coldplay, has somehow managed to retain Radio 1 airplay in an age where her music has next to no contemporary attributes. Adele is the Barbara Cartland of pop, selling – or “shifting” if you use Janet Street-Porter’s phrasing, millions of units to an adoring public who could care less whether critics like it or not. 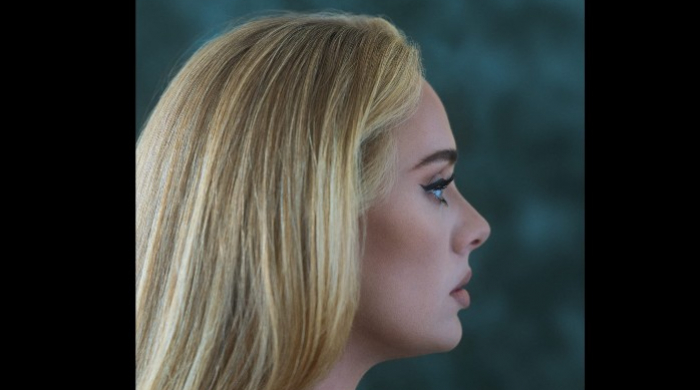 30 is not a game changer, it does not break new ground, push the envelope, introduce us to something fresh or bring any inspirational ideas to the table. 30 is an Adele album, of that there is no doubt. Adele’s musical bubble has not been burst by the coming and going of Donald Trump, the rise of Trap and Grime, the global popularity of K-Pop or the arrival of Billie Eilish et al. Adele does what she does and that works for her and a set of fans that seem far less fickle than most. It matters not a jot that Adele is about one musical step away from Michael Bublé or worse still, Michael Ball. Maybe that’s why she can appeal to Greg James, Greg Dyke, your Nan, your Aunt, your niece, nephew, Ant and Dec, your Uber driver and your Yoga teacher?

The lead track from the new album, Easy On Me, went straight to number one on the UK singles chart and has remained there for five consecutive weeks with little sign of it being toppled by anyone else any time soon. Taylor Swift may have enjoyed one week at number one in the album charts with her re-recorded version of Red but it’s very, very unlikely she’ll hang on to the top spot now that 30 has seen the light of day.

It is clear that a large swath of the public are very happy to wallow in Adele’s misery. Oddly, for many, there is a comfort and warmth to be found in an album born out of a messy divorce. 30 is Adele’s attempt to come to terms with that divorce and also a way of acknowledging the part she played in it. Unsurprisingly, given her previous track record, Adele doesn’t use a nuanced approach to expressing her emotions. The track listing itself is a giveaway to the content within. You know you’re going to need a large box of Kleenex and a free flowing source of wine when sitting down to listen to Love Is a Game, To Be Loved or Cry Your Heart Out. Adele is not sparing, or caring, as she litters the entire album with the worn out clichés that have become de rigueur for a break-up record. There are more orchestral strings on here than a Beethoven box set.

“God only knows how I’ve cried” Adele sings on Love Is A Game before continuing – “Love is a game for fools to play, And I ain’t fooling again (Fooling), what a cruel thing (Cruel thing), To self-inflict that pain.” The crying and the pain is now ours to ‘enjoy’ but the enjoyment is tempered by the fact that 30 is a poor, unspectacular, under whelming record.

Love Is A Game, the final song on the standard 12 track album, is like listening to an Amy Winehouse tribute act. Cry Your Heart Out begins with an attempt to move Adele’s sound forward with one of the more contemporary arrangements on the album but the mix of harmonic Doo-wop and vocoder enhanced vocals doesn’t really work. Similarly, OMG, tries to introduce a soupçon of up-to-the-minute sound and production but the inclusion is ham fisted and interrupts rather than enhances the song. This is Swing swung the wrong way. These songs do however warrant inclusion on Adele’s latest album. They are to a large degree what her audience want and expect.

My Little Love, a song that features a grating exchange with her son Angelo, should never have made the cut. The excruciating melodrama should have, if it ever had to appear, been consigned to a 20th anniversary special edition or a b-sides and rarities collection but it should not have made it on to 30. (“Mummy’s got a lot to learn”, Adele sings on My Little Love, and she’s not wrong).

The piano ballad To Be Loved is a signature Adele tune, pulling at your heart strings with every word on every beat but there are only so many times that you can hear one artist feel sorry for themselves in the despairing way that Adele has come to do. When you hear her sing – “I built a house for a love to grow, I was so young that it was hard to know, I’m as lost now as I was back then, Always make a mess of everything” it’s like you’ve heard it all before and it sounds like she’s whining. Even the opening line of the opening song – “I’ll be taking flowers to the cemetery of my heart, For all of my lovers in the present and in the dark” sounds about as sincere as a Boris Johnson apology. The emotion in the homage to Judy Garland has been polished out by it’s attempt to recreate some sort of vintage soundtrack from a bygone era. It’s a song out of time and out of step from an album that’s run out of options.

30 is the equivalent of a disappointing Christmas Special of your favourite sitcom. You wait ages for it to arrive and lap up all the hype only to be presented with a dish of leftovers that were left over for a reason. Adele is a good, maybe even great, singer but 30 is more of the same, but not even the best of her same. Disappointing.