It’s one of the most highly anticipated album releases of the year, which puts an awful lot of pressure on a woman who’s faced more than enough criticism and scrutiny over the past two years.

But there was no reason to doubt Billie Eilish, as it turns out, because far from being the victim of the dreaded “second album syndrome”, Happier Than Ever has turned out to be a triumph that is neither better nor worse than her debut When We All Fall Asleep, Where Do We Go?, but simply a brave new direction. 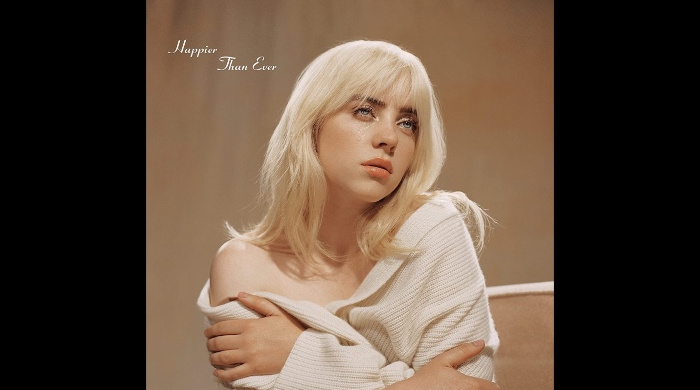 With opening track Getting Older, already we’re hearing a more refined, but simpler, sound. The nuances of Billie’s emotive voice are clearer than ever, almost like she’s crooning directly into our ears. But more than that, it reflects a painfully honest artist, reflecting on her youth in a way that too many of us are nowhere near brave enough to try.

That vulnerability continues with songs like Halley’s Comet, a simple piano number with balladic guitar licks and a distorted, retro piece at the end; Your Power, a sombre acoustic tune confessing the extent of how she’s been taken advantage of in her youth; and Male Fantasy, a country flavoured lament about love that lingers even when it’s obviously fake.

But as bare as she lays herself in these moments, she shows a more empowered, confident side on I Didn’t Change My Number; a percussive track which sees her voice at its most sensual, blending lounge singer vibes with jarring electro. It shows that while Happier Than Ever is a departure from When We All Fall Asleep…, it’s still very much a Billie Eilish x Finneas creation.

Lost Cause is a bass-y soft rock number that shows more confidence and inner strength, but for a track that’s so popular, it’s strangely one of the more bland numbers on the album.

There’s plenty of optimism here; My Future is a love song to herself – there’s such a purity to Billie’s voice here, and this was our first taste of the downtempo jazz-pop that we got for Happier Than Ever.

But while her positivity is clear, she isn’t afraid to complain about the trials and tribulations of fame. OverHeated has a kind of eerie monotony as she reflects on that surreal moment when the paparazzi snapped her in tank top, while NDA is an angsty number that treads rock territory with anthemic club elements. It’s a little bit all over the place but what it does do is segue beautifully into the next track, Therefore I Am, which is easily the most infectious track on the album.

It may shock many who still see Billie as the pure 15-year-old behind Ocean Eyes, but she’s unafraid to talk about her sexuality as a 19-year-old woman who was unafraid to don corsets and stockings for the front cover of Vogue.

Billie Bossa Nova has a familiar tone that harkens back to songs like ilomilo and my strange addiction, but with sexy lyrics about a hotel room affair, and things get even more hot and heavy on Oxytocin. It’s an ethereal electro-pop number with evocative vocal echoes that make us yearn for the dance floor and is the unexpected album highlight.

The maturity compared with When We All Fall Asleep… is stark when you look at tracks such as GOLDWING. It opens with Enya-esque harmonised folk as Billie sings an English translation of a Hindu hymn, before stuttering into scattered rhythm where she speaks from experience in warning the unspoilt “angels” of the world to beware of those who want to tear them apart.

While we first hear the words “happier than ever” on track one, Happier Than Ever as a song summarises the album wonderfully in both sound (an almost blue-eyed soul number transforming into scuzzy pop-punk melody is the kind of juxtaposition that Billie Eilish and her brother Finneas are experts at) and lyrics (it being a break-up lament that expresses the vulnerability of losing a relationship while acknowledging the strength of leaving a person who compromises one’s own happiness).

It’s been a process, but Billie Eilish seems finally to have come into herself, finding a way to be honest without sharing too much of her life, and shrugging off the angsty, naive teenage persona of her previous work.

There’s a certain raw honesty here – unmarred by nuance and metaphor – with a talent that can be compared with the likes of Radiohead, Amy Winehouse and Lana Del Rey. There was every reason to worry that Happier Than Ever wouldn’t live up to the lofty heights of When We All Fall Asleep…, but increased fame and budget has not, it seems, spoiled the character of her new music.