Jessica Smyth, aka Biig Piig, releases her biggest, and arguably best, collection of songs to date with her new six track EP, The Sky Is Bleeding. The Irish artist, who is now based in LA, has been releasing a steady stream of music since her Trip-hop/R&B flavoured debut single of March 2017, Crush’n. 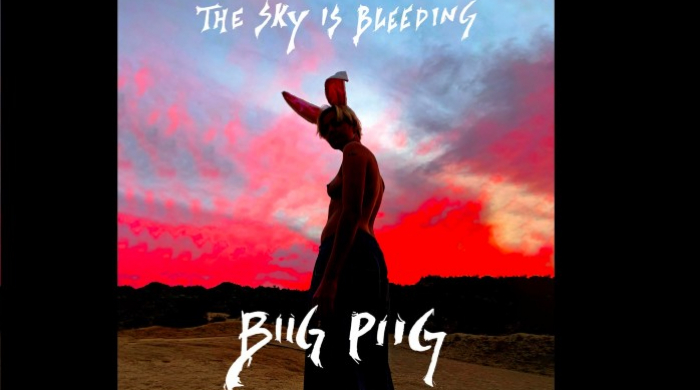 The Sky Is Bleeding represents Biig Piig’s fourth EP release in three years and is her second for the Sony Music label. Up until Smyth signed to Sony in the summer of 2019 her releases had all been independent. Jessica’s first three EP’s formed a trilogy and were titled, Big Fan Of The Sesh, Vol I, A World Without Snooze, Vol. 2 and No Place for Patience, Vol. 3.

The Sky Is Bleeding is an entirely new set of songs and follows on from Biig Piig’s Spanish language single Cuenta Lo, released in February, and her recent collaboration with Emotional Oranges on Body & Soul that she shared in early March.

Jessica has said that “It feels like I’ve grown up through this project” and that now she is finally able to release The Sky Is Bleeding after two years of working on her new material that “It feels like my walls are coming down, it’s like, it just feels great, I’m forever grateful.” Of the new record Smyth commented on her new EP, via an impassioned post she shared on her Instagram feed saying, “That f**king project was a journey, from the start to the finish I’m a different person and it’s crazy.”

The Sky Is Bleeding is certainly Biig Piig’s most accomplished work to date and contains six outstanding tracks that have been carefully crafted and deftly delivered. It feels like there has been a conscious effort to extrapolate and explore each avenue of emotion on Biig Piig’s new record. From the soft and tender delicacy of the opening track Remedy through to the outstanding close out track American Beauty Jess Smyth captivates the listener with her creative artistry and a compelling performance.

The first track that was composed on Biig Piig’s latest EP is one of it’s darkest and starkest. The stripped back arrangement compliments the mood and atmosphere of the song and definitely reflects Smyth’s state of mind when she made it. Smyth said, “Baby Zombies was the first track and I was in the worst head space, I was doing a lot of drinking and drugging, just not in a good place at all, I remember being so sad.”

Thankfully Jessica Smyth did not remain in that state of mind for the entire EP. She went on to say, “Fast forward to the end, made American Beauty with Zach Fogarty, moved to LA….. I’m just clear headed, I take every day as it comes, I’m very calm, happy, like a different person. That’s f**king incredible I think, just the power of music in general is incredible. This whole project really was a case of not feeling like anyone else was going to feel where I was coming from, feeling ashamed and feeling guilty, and just generally disgusted with myself to be honest. The only thing that understood me was the music. I listened to it all the time. I just didn’t feel alone. Now it feels like it’s out there and everyone can hear it, it feels like a weight off my shoulders. It feels like a conversation I’ve been having in my head with myself for two years and haven’t been able to (share).”

Smyth started sharing music from her latest project when she released the lead single, Lavender, a month ahead of the EP. The organ lead track is a mesmeric journey that slowly and carefully builds into a brooding and seductive tour-de-force. Jessica’s smoldering, almost whispered, vocal sits atop an isolated drum beat and extended keys leaving the listener yearning for the next note. 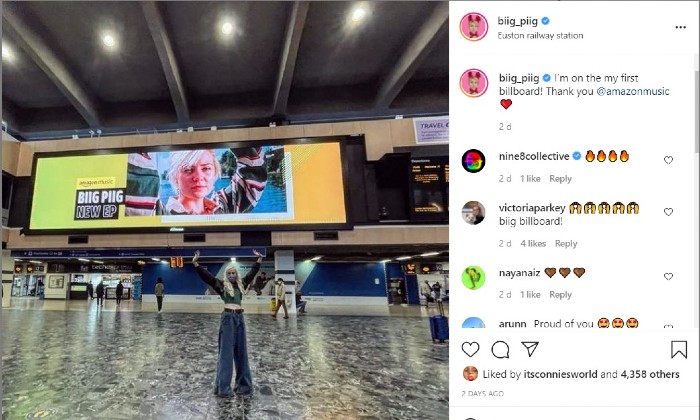 All six tracks on Biig Piig’s fourth EP has it’s own USP but all are held together cohesively by the engaging talents of Jessica Smyth and the sublime production of Zach Fogarty. It’s one of our favourite releases of the year so far, we recommend that you check it out sooner rather than later.