We’ve almost reached the middle of the year so while it still feels like early days yet, we don’t think it’s too much of a stretch to say that Daddy’s Home by St. Vincent will be one of the more memorable albums of the year. 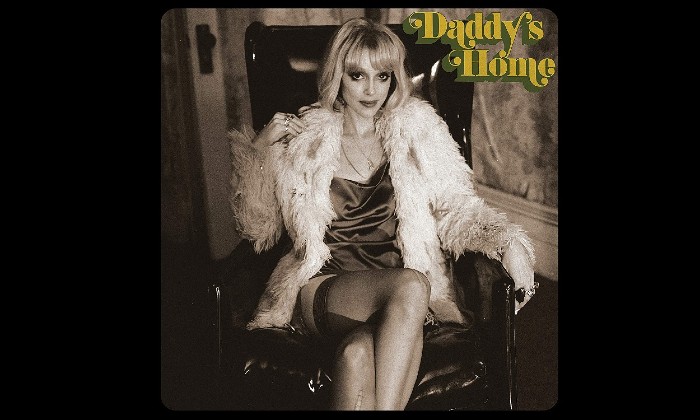 A twisted take on the 70s sound, Annie Clark’s latest release is partly inspired by her father, and partly by his record collection. It’s broken up by three “Humming Interludes” which help to make this already wonderfully cohesive album come together with seamless completion.

Pay Your Way In Pain starts the album how it promises to continue; melting genres together by kicking off with a jaunty piano tune before launching into a funk-laden disco track. It’s a multi-layered tune with analog synth lines and distorted vocals that lend it a certain uncomfortable vibe. Accurately described by Clark as “blues for 2021”, this track successfully hooks you from the off.

The rest of the songs on the album feel more like twisted jazzy lounge numbers, with Down And Out Downtown (Clark’s favourite song on the record) having a more balladic tone, much like the mournful The Laughing Man and the sunny country-style Somebody Like Me.

Title track Daddy’s Home feels like a bit of a rhythmic steel-guitar showtune; upbeat with a dark sensibility underpinning it, which feels appropriate given the subject matter of the song (it being all about Clark’s father’s release from prison).

The longest track on the record at 6 minutes 29 seconds is Pink Floyd-inspired Live In The Dream – a slow number with trip hop elements and cacophonous vocals that flows well with other smooth rock tunes like My Baby Wants A Baby and Candy Darling.

Upping the tempo slightly is the sultry funk track Down, as well as …At The Holiday Party which kicks off with a Joni Mitchell-esque minimalism before transforming into a full-throttle disco number.

One of stand-out tracks on the records is psychedelic feminist anthem The Melting Of The Sun with its infectious refrain and verses referencing certain strong but maligned women just as Marilyn Monroe, Jayne Mansfield and Nina Simone. It’s these kinds of themes that makes Daddy’s Home feel like such a modern album, despite the strong retro influences.

It’s difficult to criticise a record like this, an album that’s so multi-layered and original and yet often “too much”, because even if there are moments that aren’t altogether pleasant to listen to, they still feel essential to the all round artistry of the collection.

It’s imperfect and yet masterful, with so much emotion and sincerity to it that St. Vincent has well and truly set the bar sky high for 2021.