Girl In Red has been sharing her brand of DIY Scandi-Indie-Pop for just over four years now and with each subsequent release she seems to be getting a bigger and bigger following. With the release of her hotly anticipated debut album, if i could make it go quite, she’s set to see her star rise still further. The young 22 year old Norwegian singing sensation started out by making her infectious leftfield pop tunes from the safety of her own bedroom but it wasn’t long before the quality of her songwriting was recognised and she began to build a loyal following. With tracks like her debut single i wanna be your girlfriend through to we fell in love in october, and more recently, two queens in a king sizes bed, Girl In Red has continually built on her reputation and delivered each time. 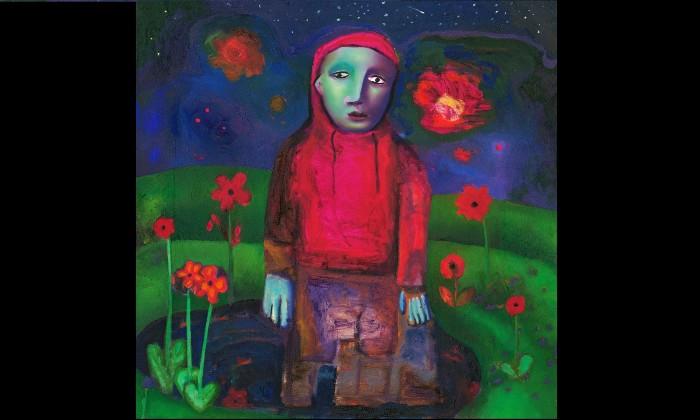 Girl In Red’s debut album follows the release of four very successful singles, the album’s opening track, Seratonin, last year’s singles, rue and midnight love, and more recently, You Stupid Bitch. Marie Ulven Ringheim, aka Girl In Red, is probably the most exciting and talented Norwegian singer-songwriter since Ane Brun and has certainly began to make her mark on the global stage. In a recent interview, where Maria talked about her new album, she said, “If I Could Make It Go Quiet is an attempt to learn what it’s like to be human; to deal with the scariest parts of myself; to live with the pain of knowing I’m only flesh and bones; to be angry, broken and unforgiving yet still able to wear my heart on my sleeve. I’m shedding light on the darkest parts of my mind and I’m letting everyone in. If I Could Make It Go Quiet is me simply trying to understand what the f**K is going on.”

if i could make it go quiet captures both the early lo-fi inwardly looking teen angst of Marie’s youth but it also blends that with her more extrovert and confident self. Girl In Red began by being open, honest and frank but at the same time she managed to translate all of her feelings and emotions into songs that clearly resonated and connected with her listeners. Whether singing about her sexuality, mental health issues or about feelings of love and longing, Girl In Red has a way of phrasing that transfers effortlessly into her songs.

The new album showcases the undoubted talents of Girl In Red in an uncomplicated, succinct album. The eleven tracks veer from the angry and animated Indie Power-Pop of her last, Finneas produced, single You Stupid Bitch, through to the dark and brooding lo-fi majesty of the instrumental close out track, it would feel like this. In between Ringheim treats us to the infectious, motor mouth outpourings of Seratonin, the reflective rage of the pointed and unflinching Did You Come?, the mellowed out misery of Body And Mind and the upbeat, playful and stripped back, hornylovesickness.

After a string of nearly 20 singles it’s great to finally have a collection of Girl In Red songs on an album. Hopefully, if i could make it go quiet will mark the start of a string of album releases. As with most great songwriters Marie Ulven Ringheim has not been afraid to be personal on her new record. Girl In Red’s honesty about her experiences, the way she ultimately expresses them and the fact that she is such a captivating performer make for some great songs on an excellent debut album.