Taking on a song that is so deeply cherished by an artist that is so fondly remembered and revered is not an easy ask. Fans of the original will often be dismissive and derogatory about any attempt to cover a song that is so beloved in it’s original format. Working Class Hero by John Lennon, from his 1970 album, John Lennon/Plastic Ono Band, is just such a song. The politically charged, “revolutionary” song is not so much a song of protest but more a song of solidarity and strength. The power of the lyrics are delivered in the song’s manifesto that sets out to not necessarily undermine aspiration but to embrace and appreciate what it is to be working class. 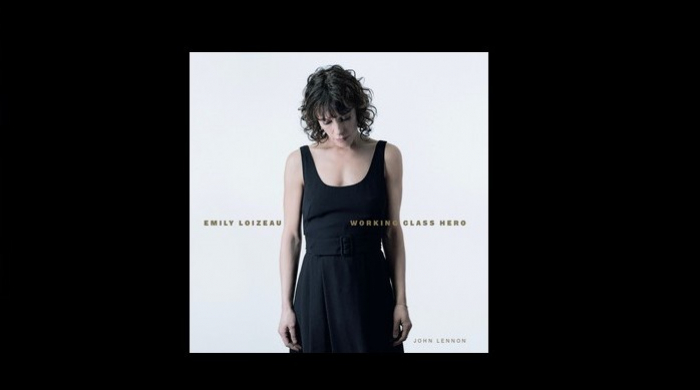 Many artists have covered Working Class Hero in the four decades since it was originally released. Elbow did a sympathetic, downbeat cover in 2005. David Bowie’s Tin Machine gave the song an energised and electrified makeover on their eponymous 1989 album. Disgraced shock-rocker Marilyn Manson brought nothing new to the party when he gave an unusually restrained performance on the B-Side to his Disposable Teens single of 2000. Manic Street Preachers tried, and failed, to make it an arena anthem on the ’10 Year Collectors Edition’ of ‘Send Away The Tigers’ and Marianne Faithful delivered a theatrical take on her highly regarded ‘Broken English’ album from 1979.

So, L’autre Bout Du Monde singer Emily Loizeau follows in some great footsteps as she sets about making Working Class Hero all her own. With the help of John Parish, a frequent collaborator with PJ Harvey, Loizeau has reinterpreted Working Class Hero like few before her. Instead of John’s original acoustic guitar, or any type of guitar since to be honest, Emily has chosen to frame the song around a piano driven soundtrack. The simple chords of the composition are transformed at Loizeau’s fingertips as she gives the song a mildly sinister undercurrent with the bass keys.

The revolving keyboard arrangement coupled with the distorted intermittently strummed guitar and snare lead beat make for a hypnotic combination. When paired with Emily Loizeau’s incredible, emotive and captivating vocal, Working Class Hero is majestically re-invented. Emily not only does John Lennon’s song justice she adds something to it, bringing her own interpretation to life in the most dramatic and vivid way.

When a cover is this good you cannot help but be overwhelmed by how incredible it is to hear another artist make a song their own. Emily Loizeau’s version of Working Class Hero is akin to Sinead’s Nothing Compares 2 U, or This Mortal Coil’s Song To The Siren, it’s that good.