London Grammar are back sounding bigger, better and bolder than ever with their first album in nearly four years, Californian Soil. The new twelve track album, which includes a dramatic two minute intro, is the band’s follow up to their stunning 2017 album, Truth Is A Beautiful Thing. The three piece, multi-award winning band, made up of Hannah Reid, Dominic Major and Dan Rothman have been releasing their own exquisitely crafted music since early 2013, and their latest release is no exception. 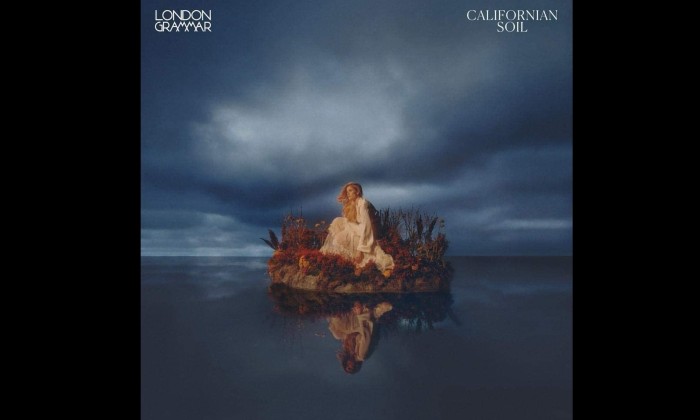 The first of the five singles to be shared ahead of the album was Baby It’s You, a song the band released as their first solo single since 2017. The introductory track, and lead single from Californian Soil, was lighter and poppier than much of London Grammar’s previous output with a fresher, broader and less claustrophobic production. Hannah Reid’s gorgeous vocals were front and centre of the crisp mix, soaring over a piano lead soundtrack that brought in more of dance like, snare driven, beat.

The second single, and title track of the new album, was surely the track that pointed the way forward for the innovative trio of musicians. If proof were needed that the wait was well and truly worth it, then the release of the single Californian Soil on October 1st 2020, was surely it. What is now the first track proper, after the cinematic introduction, of the album is another sublime signature London Grammar track. The majestic, beautifully crafted song, draws on a Trip-Hop theme reminiscent of Massive Attack and develops it quite brilliantly into an all enveloping piece of quite remarkable music.

Lose Your Head, the band’s first single of 2021, and their third to be released as a single from their new album, also utilises more of a Trip-Hop beat to help soundtrack the song. This, track four on the album, is a light and airy number, focusing heavily on Hannah’s ethereal voice and a well worked, multi-layered, percussive score together with a revolving retro keyboard loop.

How Does It Feel, and more recently America, make up the last two of the five tracks that London Grammar premiered ahead of the album’s release. Having chosen to showcase more of a dance oriented set of songs with their first four releases, London Grammar reverted to type with a powerful ballad for their latest single. Exploiting the remarkable USP that is Hannah Reid’s voice to the full, the track uses a stripped back but utterly effective score to carry the soulful and smoldering vocal of the lead singer. You can’t help but to be totally devoured by this overwhelming performance that closes out the album.

It’s difficult to pull out particular highlights when an album is this good but the (full) songs that bookend Californian Soil are both standout tracks in their own individual way. Elsewhere though, Missing is a track that has a less obvious, but nonetheless effective hook, Lord It’s A Feeling has an absolutely devastating and arresting set of cutting lyrics and Talking shows us beautifully how less is sometimes more with another emotive and engaging song that has you gripped.

The band themselves have said that Californian Soil has marked a “turning point” for them and lead singer Hannah Reid has said about the album, “This record is about gaining possession of my own life, it’s about taking back control.” The new twelve track album, which sees the band take a subtle but distinct, shift in their sound, was due to be released on February 12th but was delayed by more than two months due to production issues. Having finally been able to share Californian Soil with the world London Grammar should be bursting with pride to have delivered such a stunning album once again. The pressure to replicate, or even exceed, the quality of their previous work must be quite intense. It can’t be easy making music this good and this consistently. The whole album is a magnificent triumph from start to finish. The musicianship is sublime, the string arrangements not only enhance but elevate each track and Hannah Reid’s voice never fails to captivate and astound in equal measure.